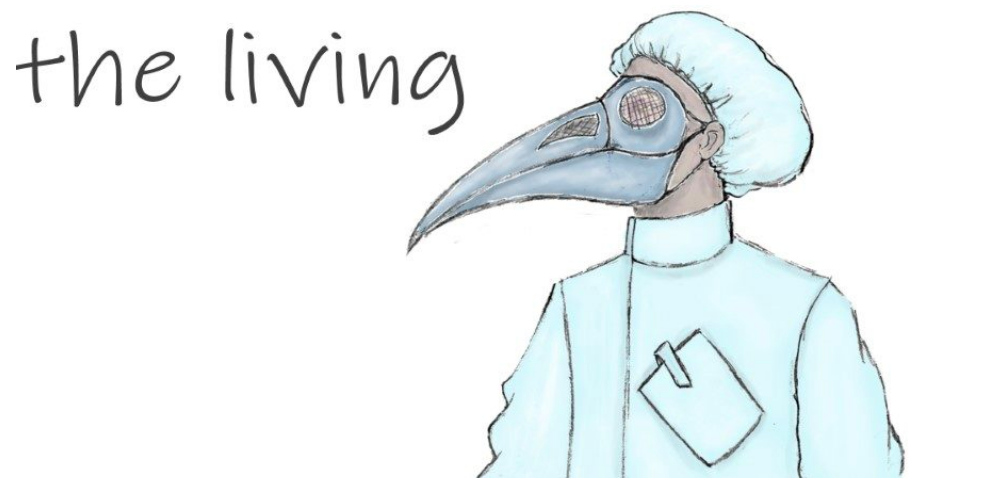 Butler Theatre is updating Anthony Clarvoe’s “The Living” for the COVID-19 pandemic.

As the original play drew parallels between the historic plague and AIDS, Butler Theatre hopes to do the same with COVID-19. Senior theatre major Kelly Schwantes said the play’s unique subject matter and production makes it easy to adapt to COVID-19 safety precautions — since sickness is so central to the play, there is no physical contact or passing of objects.

“We were lucky that our director, Constance, chose to do this piece,” Schwantes said. “It naturally lent itself to events right now.”

Director Constance Macy said they have made tasks such as cleaning props a part of the show — efficiently completing practices not only necessary for COVID-19 precautions, but also giving the audience an eerie sense of familiarity.

“If anybody is going to touch something that somebody else has touched, we make a show of spraying it with Lysol or wiping it with bleach,” Macy said.

Certain aspects of the show have been updated to better draw connections to COVID-19, such as the addition of modern scrubs among period costumes and the inclusion of new characters.

“Some of the language that’s in the play is stuff that we hear today: quarantine, two weeks, essential workers,” Schwantes said.

Since the topics of “The Living” are so timely, members of Butler theatre said they feel as though there is much they have learned from the experience. Natalie Fischer, a senior theatre major and assistant director of the show, said the play demonstrates the need for human connection in difficult times.

“It says a lot about humanity and the kinds of things that we can endure as a species,” Macy said.

Butler Theatre will perform “The Living” live at Clowes Hall on Feb. 26 at 7 p.m. Those wishing to see the performance can purchase in-person tickets on the Butler Arts and Events Center website, or find information on the play’s stream.