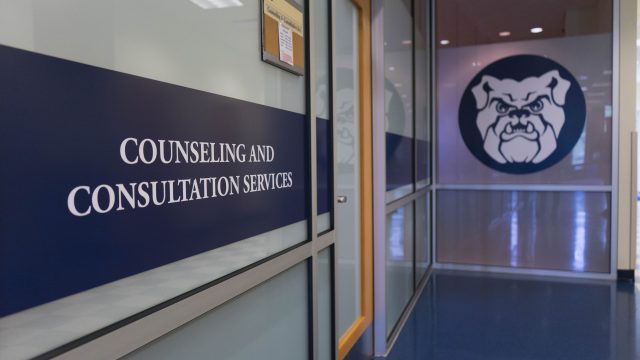 The presidential election process started over a year ago and culminated on Nov. 3. This year, specifically, impacted students in a variety of ways. Stressors such as the COVID-19 pandemic and a compressed fall semester are weighing heavily on students’ minds, but the anticipation of election results have also worsened student mental health.

Shana Markle, the associate director of Counseling and Consultation Services, said anxiety is the primary concern for students on campus and that the election is making the anxiety worse.

“This is the first one that I have really felt has had so many students aware,” Markle said. “It’s a topic of conversation that is hard to avoid. Politics isn’t something that everyone always feels is relevant or interested in or that it affects them, especially as a young person.”

CCS has purposely left its schedule on Wednesday, Nov. 4 largely open to accommodate students dealing with election results. Markle said this decision was made based on the surprising amount of requests for CCS assistance following the 2016 election results. On Nov. 4, students can call CCS at 317-940-9385 and ask to speak to a counselor for support.

Markle identified that what the results could mean for the country’s identity — beyond who gets to hold political office — is why there is so much tension surrounding this election cycle.

“The outcome of this election is very meaningful, it’s not just simply who’s going to be the next president of the United States or who’s going to take the House or the Senate, but it signifies a lot of things,” Markle said. “I think what our country chooses to do will have a lot of meaning underneath it that is going to have some impact going forward for sure.”

Markle’s evaluation of why this election cycle is different indicates that students will be dealing with anxiety surrounding the presidential election well past Nov. 3.

Daria Williams, a doctoral practicum student from the University of Indianapolis working at CCS, said she’s seen anxiety surrounding the election manifest in two ways. Primarily, students are worried about what the result will mean for various identities of the student population, Williams said, and are also distressed about conversations they are having concerning the election.

Many students are experiencing difficult political conversations both with family members at home as well as with fellow Butler students on campus.

Vance Ewin, a first-year political science major, said he has experienced uncomfortable interactions with his peers surrounding the election.

“Since I align myself with College Republicans here on campus and since I work for a Republican campaign, it’s strained a lot of the relationships that I’ve made with other students here,” Erwin said.

Anna Watson, a junior environmental studies major, said the tension in this election also comes from the polarization between the candidates and parties. Watson said politics are taking up a lot of her brain-power this semester.

“I also think we’re constantly bombarded with information, especially in the age of social media,” Watson said. “Sometimes I get overwhelmed because there’s just a lot of information constantly coming out, and a lot of stuff to keep up with.”

Williams said that the debates and controversy surrounding Amy Coney Barrett’s nomination to the Supreme Court sparked particular feelings of anxiety for students.

“People are just confused at the process and how it was done and that is making people really nervous for what the outcome [of the election] is going to be,” Williams said.

Both Watson and Erwin said they could see it being a long time before election results are released, leaving voters uncertain even after Nov. 3. Watson said she will be more unsettled,  while Erwin said he will be disappointed in the lack of maintaining the American voting system.

“I do think that will make me a lot more nervous and on edge, but I also am trying to mentally prepare myself for that to happen because I think it very well could,” Watson said.

Markle and Williams said this uncertainty will likely cause student anxiety to continue past Election Day. Williams added that family conversations over the holiday break will also cause student mental health to be continuously impacted by the presidential election.