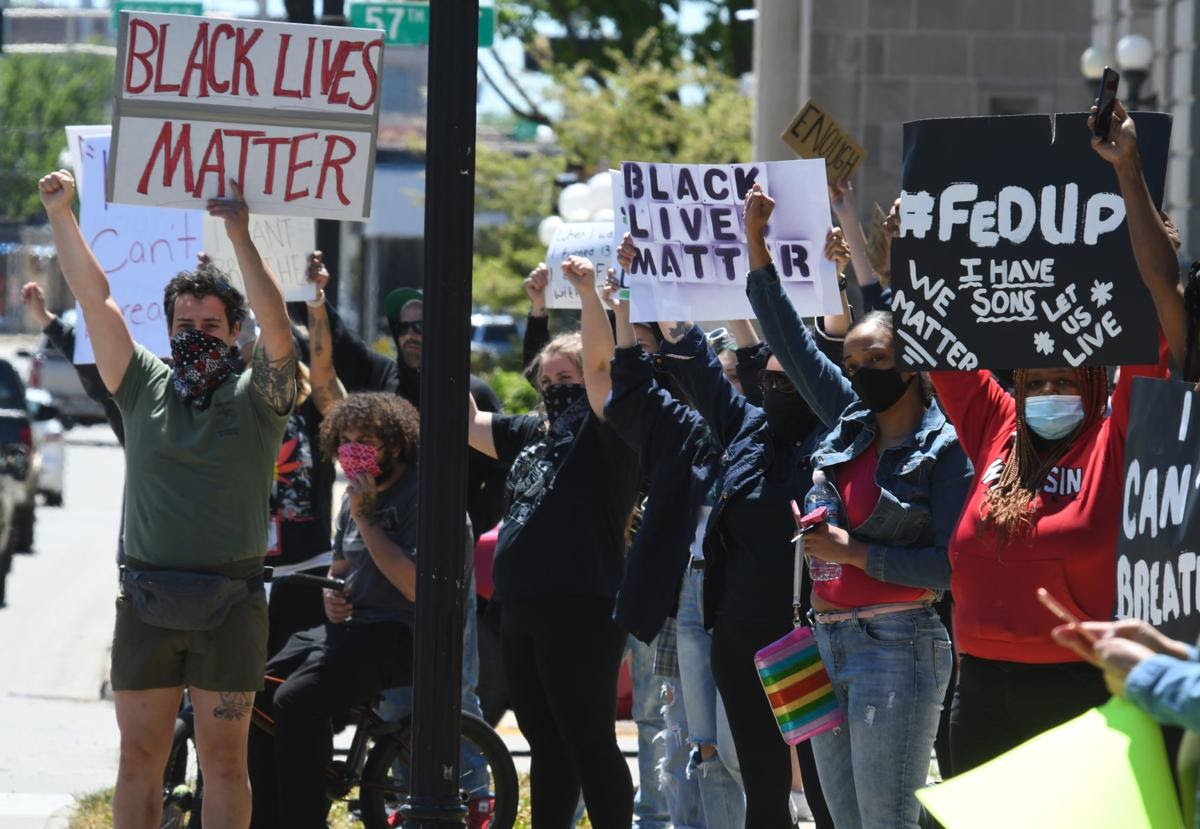 DISCLAIMER: I am in no way qualified to speak for the Black community. This article is strictly based on my own opinions and conversations with Black individuals.

Abey Akinseye, a junior psychology and sociology double major, said that videos like these have always been going on. “These videos and everything that’s happening now is nothing new… I’m just going to keep seeing these things every single year.”

From the unrest in Ferguson in 2014 to the shooting of Ahmaud Arbery in 2020, the videos being shared of victims of police brutality has become a common way to document these terrible events. This spotlight, however, is not a way of practicing allyship. It is exploitive.

Unlike in the past, video and photographic evidence can hold a police officer accountable for their actions. Some might argue that sharing videos of Black people experiencing police brutality serves as a way to seek justice. In reality, it can also be a way for some people to defend an officer’s actions — a way to justify that the victim was in the wrong somehow. Comment wars can add to the dehumanization of Black people when there is a bigger problem at hand.

Without taking action, sharing these videos have no real purpose. It is downright performative. Recently, a video circulated about Jacob Blake, a Wisconsin resident that was a victim of police brutality. This graphic video has been shared across multiple social media platforms, but not enough action has been met with the sharing of this video.

Senior psychology major Deonte Hamblen acknowledges that these videos can serve a purpose, but only if they are coupled with real, tangible actions.

“All these videos being shared need to be met with action as well,” Hamblen said. “Sharing one video shows the evidence, but what’s evidence without action being attached to it?”

As the video of Jacob Blake was circulating, the NBA and WNBA had their own way of protesting. The Milwaukee Bucks decided to boycott their game, which led to all NBA teams boycotting games on Aug. 26. Before the WNBA postponed their games for that night, the Washington Mystics walked out onto the court in white shirts with painted bullet holes on the back as a way of protesting.

In a statement, Mystics player Ariel Atkins spoke on the purpose of the protest.

“When most of us go home, we still are Black,” Atkins said. “We’re not just basketball players and, if you think we are, then don’t watch us, you’re watching the wrong sport, because we’re so much more than that.”

Sharing violent videos of police brutality is just not enough to inspire effective action. Positive action is necessary for change. Without action, we accept racism, brutality and dehumanization. Without change, we accept defeat. Whether you choose to educate yourself or others, support your Black friends, share BLM related posts, attend a protest or donate, active contributions need to be made in order for change to occur.