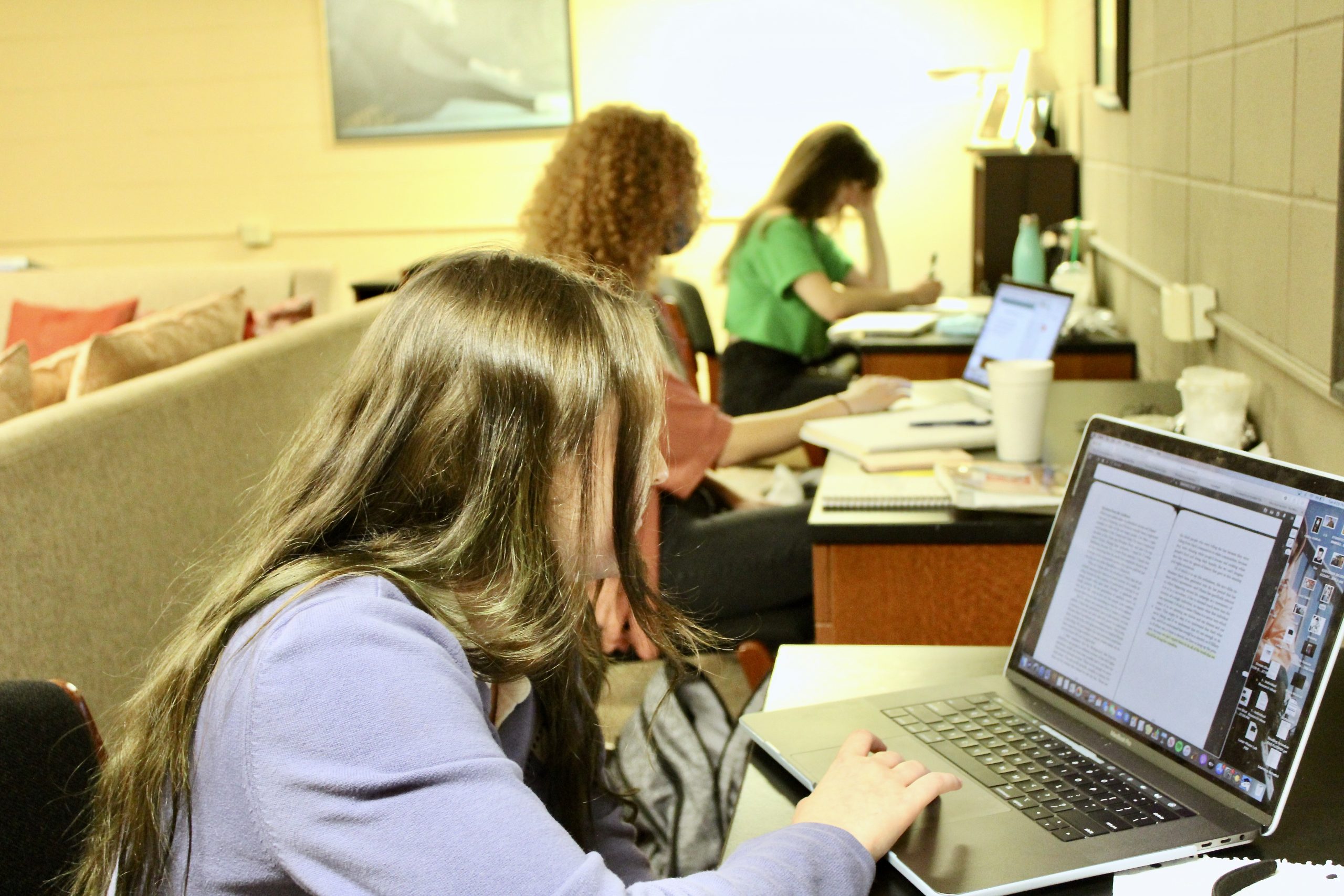 Students have mixed feelings about the return to in-person instruction. Photo by Josa Kerns.

On Tuesday, Sept. 1, Kathryn Morris, provost and vice president of academic affairs, announced that Butler would return to undergraduate instruction on Monday, Sept. 7. This followed the previous announcement that all classes would be held virtually for the first two weeks of the fall 2020 semester. Morris also announced that in-person dance instruction, the Irwin Library and the Business Building would reopen on Wednesday, Sept. 2.

Many students returned to the classroom on Sept. 7 for their first in-person coursework in months. Other students asked to be allowed the opportunity to be virtual all semester. These requests were made for a variety of different reasons.

Caroline Lettrich, a senior political science major, will continue with only online instruction. Lettrich said over the summer she decided that she felt more comfortable staying virtual all semester.

“To me, going to class is just more trouble right now than it would be beneficial,” Lettrich said.

After a spring semester of virtual learning and the first two weeks of classes being online, much of the student population was anxious to get back into the classroom. Junior pharmacy major Fran Hudson is taking all hybrid and in-person courses, with many of her pharmacy lectures meeting in Clowes Memorial Hall.

“Once Wednesday came we were all pretty thrilled,” Steinley said. “It’s not ideal to do ballet in living rooms, kitchens or dining rooms.”

The decision to reopen dance studios for instruction has been credited to the fact that many dancers attended the Ruffo-Cholewa Workshop in August and successfully maintained social distancing protocol throughout the workshop. This included keeping consistent spots at the barre that are labeled to be six feet apart, following a grid on the studio floor that allows for an eight-foot distance between students, wearing masks for all classes and disinfecting surfaces between groups of students.

“We had our rotations, we had our placements at the barre, we had our spots where we put all of our bags down pat,” Steinley said. “Had we not been here for that Ruffo-Cholewa Workshop, we wouldn’t have had it ironed out. It wouldn’t have gone as smoothly, so maybe it would’ve been smarter for us to push things.”

“Our classes are based in a community setting,” Steinley said. “We learn from each other, we learn from watching people’s movement up close, we learn from listening to how they breathe in movements. Having our professors be able to see us in person, it’s necessary.”

Another significant challenge for dance majors was the potential for injury from dancing on unreliable surfaces, Steinley said.

“I know there’s been a lot of hip problems, knee problems, all kinds of little ankle aches — things that we don’t normally have because we have the proper space,” Steinley said. “Going back as soon as possible was the safest thing for us, so I think it was definitely the right decision and luckily we were prepared for it.”

While many dance majors feel confident in their ability to follow the rules, some other students are not feeling assured that they will be kept safe.

Lettrich said she felt unsure about the opening and said she assumed we would have not returned to campus from the beginning.

“In terms of coming back, I’m a little nervous, but I do think a lot of people are anxious to get back in person, so I do think it’ll be good,” Hudson said.

Lettrich said she spent most of her quarantine in Connecticut and feels that Indiana is less capable of combating the virus, making her concerned for the rest of the semester.

“[Connecticut] just took it so much more seriously and I think it’s because a lot of people experienced the stress of the New York epicenter,” Lettrich said. “I see [in Indiana] that the lack of personal experiences sometimes makes it seem less real and so people are less inclined to take the necessary precautions. I do worry about that.”

Steinley has a more optimistic view of how the rest of the semester will play out. She said she has faith that Butler students will behave appropriately and keep themselves safe.

“If we can all work together and keep in mind how important our health is, I think we have an okay shot,” Steinley said. “You just have to go in with the right mindset and hope for the best and it’ll be a great year either way.”