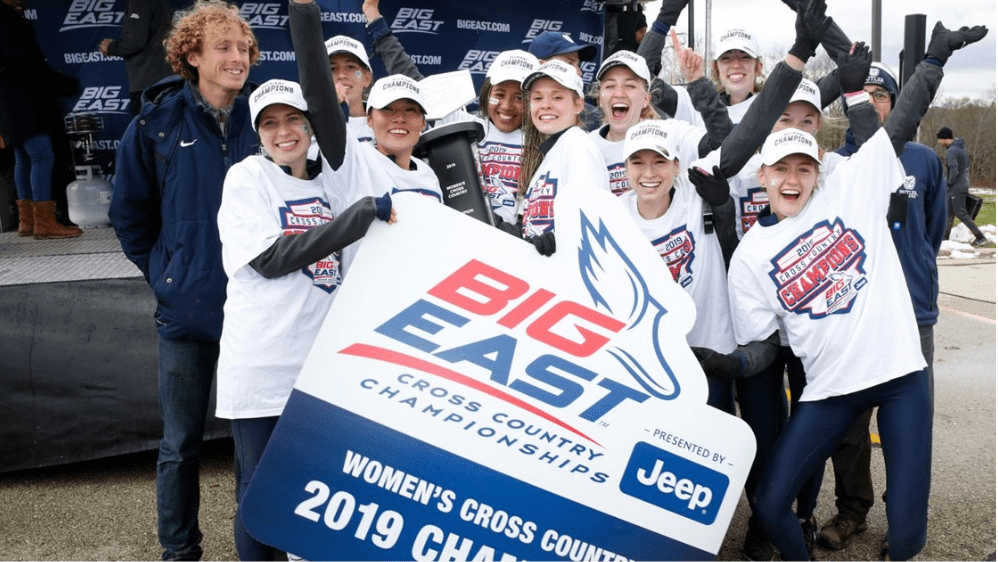 The Butler women’s cross country team is having one of its best seasons yet. On Nov. 2 the team made history, winning its first Big East Championship since joining the conference in 2013.

Going into the meet, the women knew there was a good chance they could win, as they were the highest-ranked team. But it really all came down to the day of and how other teams like Villanova University and Georgetown University were shaping up, since they have a rich history in the Big East and on the national level as well. The Bulldogs entered the meet as the underdogs, having placed fourth last season.

“It’s so exciting to see the hard work pay off,” senior Josephine Thestrup said of the team’s win and achievements so far this season. Thestrup was on the team that took seventh just two years ago on the same course as this year’s race.

The championships didn’t come without a challenge, though. One significant challenge was the condition of the course for the championship race. The snowy weather conditions leading up to the race caused the course to be riddled with mud, puddles and slick spots — resulting in less than ideal terrain to race on.

Junior Emily Royston said the team tried to make the best of the situation.

“We all kind of tricked ourselves into thinking the weather was awesome and that the mud and puddles were going to be to our advantage,” Royston said.

In the end, the poor conditions seemed to truly be in their favor. The Bulldogs came out on top, placing three runners in the top 10 and all five scorers in the top 17 overall. The team scored just 52 points to runner-up Villanova’s 61 points.

This weekend, the women will face their toughest competition of the season as they head back to Wisconsin to compete in the Great Lakes Regional for a shot at making the National Championships. This year’s regional meet will be held at the University of Wisconsin’s cross country course, which also hosted the 2018 Division 1 Championships.

After their Big East win, the women are now ranked 24th in the nation and seventh in the Great Lakes Regional, putting themselves in a good position going into the race. In preparation, the team spent the past week working out and kept their legs as fresh as possible for Friday afternoon.

Head coach Matt Roe said previous meets against high-level competition have helped prepare the team for what lies ahead.

“We’ve run well in national level fields this season and we’ve gained experience doing that, and I think that is going to serve us well in regionals,” Roe said.

The women will look to perform well alongside teams like Ohio State, Indiana University and Notre Dame University. The Bulldogs have faced Indiana and Notre Dame earlier this season at the Joe Piane Invite at Notre Dame, where they were just four points off from beating Indiana. This will be their first matchup against Ohio State, who was most recently fifth at the Big Ten Championships.

Many different scenarios can play out come Nov. 15, but this isn’t the only factor that could determine if the team can earn a spot at Nationals. The Bulldogs will also be keeping a watch on the other regions to see what teams earn an automatic bid, which could have potential ramifications on whether or not Butler will be selected for an at-large spot.

Last year the women placed 10th in the regional, and the last time the women qualified as a team to nationals was in 2013, when they finished third overall. Will they earn another trip back to the big show? The team surely believes they can.