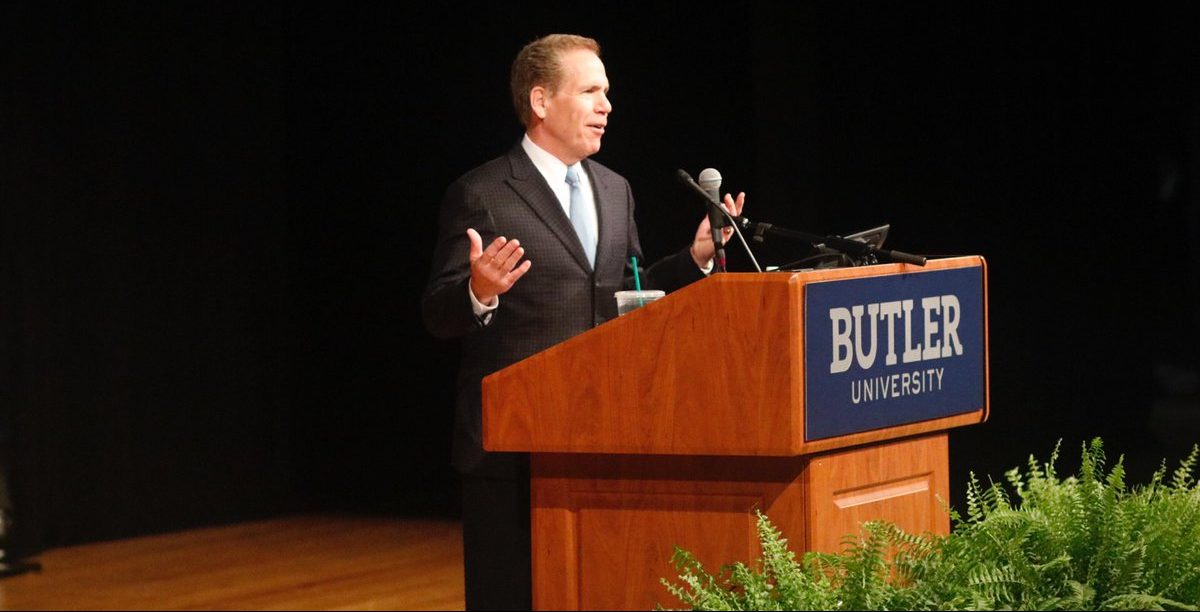 The Butler University Board of Trustees, which has 32 members, unanimously voted to extend the contract of President James Danko through 2024. His last contract extension in 2015 was set to end Aug. 31, 2020.

In his announcement to the community on Oct. 11, board chair Jatinder-Bir Sandhu said Danko “exemplifies the kind of leadership that makes our University so special, with a style we have all become familiar with: extremely high expectations of himself and others, nonstop forward momentum, and the empowerment of others to develop new ideas and run with them.”

Danko’s contract extension comes a week after Butler announced its next campaign, Butler Beyond, which has already raised over $171 million toward its goal of $250 million. This new strategic direction is crafted around three pillars: student access and success, innovations in teaching and learning, and community partnerships.

Since Danko became president in 2011, Butler has seen its most successful fundraising years, joined the Big East athletic conference and been recognized for the past two years as the No. 1 Regional University in the Midwest by U.S. News & World Report.

“I am honored to continue to lead this exceptional university at such a pivotal moment in our history, and I look forward to the work ahead as we pursue our bold vision for Butler’s future,” Danko said a statement.

Before coming to Butler, Danko served at Villanova University, where he was the dean of the business school for six years. He has previously worked in leadership roles at Dartmouth College, University of North Carolina-Chapel Hill, Babson College and the University of Michigan. At age 19, he founded a medical equipment company.

Danko and his wife Bethanie, along with their dog Daisy, live on campus.