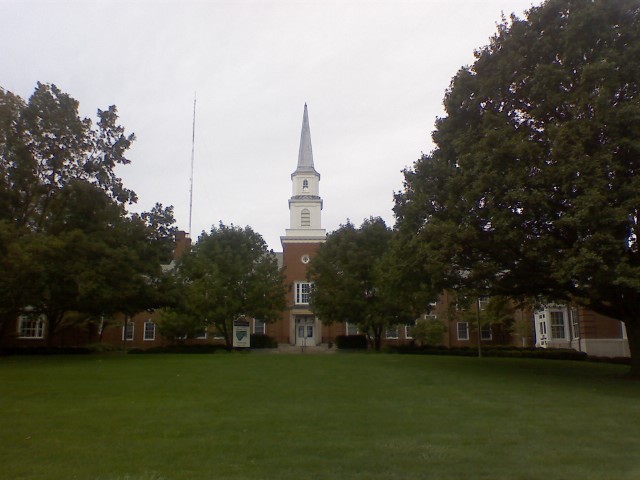 You have a right to be angry. In the last two weeks, five loaded guns were found at or near several Central Indiana high schools. Private Catholic high schools in Central Indiana are facing pressure to fire teachers for being gay. In this cluster of current events — not to mention climate change, corruption and all the ways the world is ending — you deserve to be angry.

Though we go to a private university, which is not legally required to grant us free speech, Butler at least provides us that right. Butler goes out of their way to make this clear — see “Free Speech” in the Student Handbook.

“Underlying our mission to educate is this idea that we need to hear varying opinions about different things,” Click said. “It’s fundamental to a liberal arts education to be exposed to ideas that challenge us to think about the way we’ve learned the world.”

Per Click’s testimony, the current administration both supports freedom of expression and formulation of new perspectives.

Yet, I don’t see a spirit of activism on this campus. There’s no spark of social unrest, and though students are passionate, you rarely see a demonstration. So if the university is accommodating to student opinion and even encourages students to challenge their personal viewpoints, why is our campus so quiet?

Click even noted that during the 2016 election, perhaps one of the most contentious in history, there was no “volatile” activity on campus. Really? Come on, people!

What makes this apathy even more exasperating is that the right to be vocal wasn’t always extended to students. According to George Waller’s book, “Butler University: A Sesquicentennial History,” there once was a University President named Alexander Jones who discouraged student protest.

Jones was President from 1962-77, a period of immense social unrest, and is quoted as telling those who opposed university policies to “leave and go to institutions with policies more to their liking.”

And though Jones was President some 50 odd years ago, it feels like that same philosophy permeates campus today.

Political science professor Margaret Brabant believes this sentiment has carried over through the years, despite the university’s changing policies.

Words like hope, skepticism, fear, disappointment — the feelings that connect us as humans — are as relevant to protest as anger. Protest does not need to be viewed as negative. It does not make you a bad person or immediately rid you of friends.

Instead, protest serves as a social mode of political discourse whereby students can see other students as human and respond to their beliefs. Protest also serves as an intimate mode of discourse where you can fulfill your own desire to make a difference.

According to Maya Joseph, a freshman health sciences major, you should say what you want, even if it makes others uncomfortable.

“Protest has such a connotation of breaking the rules, but it shouldn’t,” Joseph said. “It’s part of being politically active.”

Popping this Butler Bubble should not be so hard. Maybe if someone just spoke their mind about the issues that they are passionate about, things would change. I know that anger is hiding under those Midwestern pleasantries, so kids, fire up the bull horns and make some noise — but not too much noise, Butler places restrictions on that. Oh, and also flyers. Those have to be pre-approved.

Nevertheless, you have the power to change policies. Whether it be a flimsy university rule that does not hold water or a legislative policy that violates your ethics, you have a say; you have a voice.

You would not even be breaking the rules. Protest is totally legal and cool and nice and allowed.