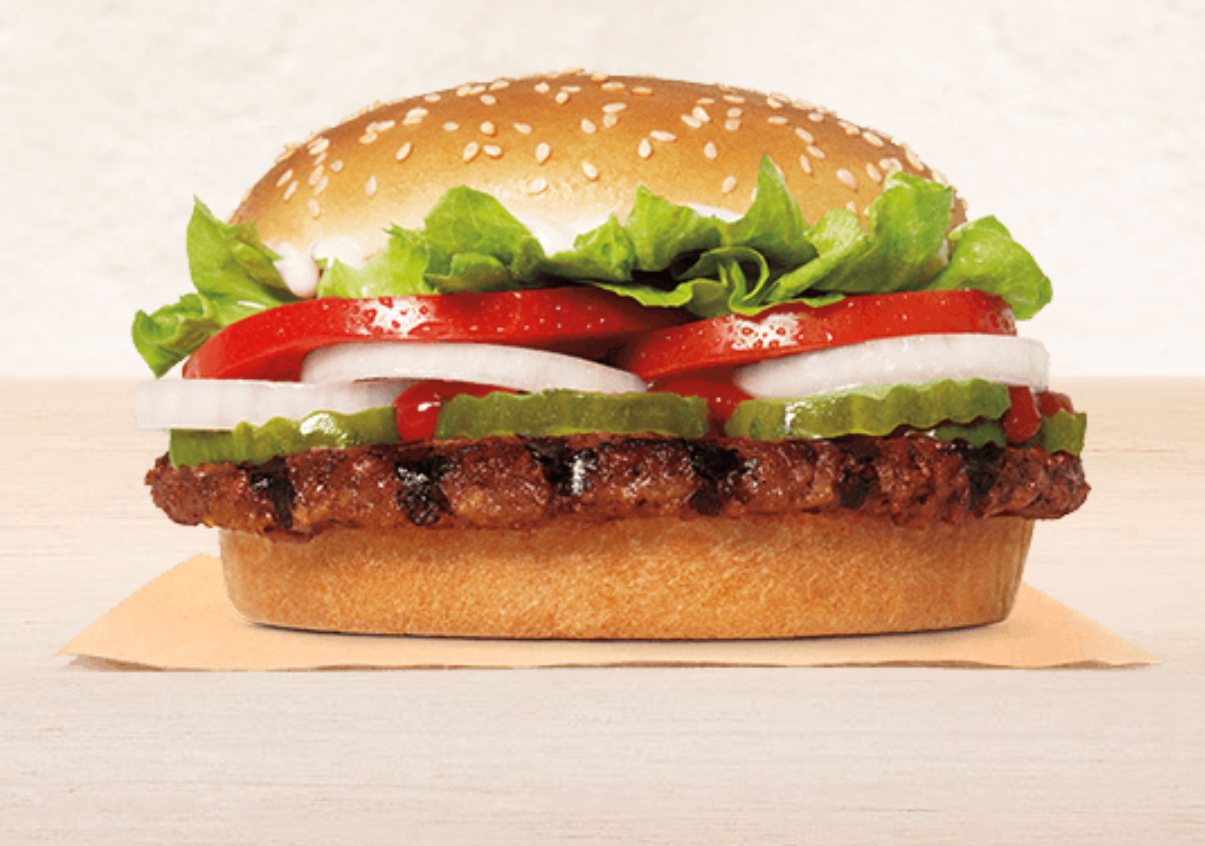 Long gone are the days of having to swallow the fast food burger-sized lump in my throat in order to save my morals that led me to give up meat quite some time ago. The hero that answered this constant prayer of mine? The King himself.

Burger King’s new vegan-friendly Impossible Whopper came into my life roughly two weeks ago, and I can confidently say I am a better person because of it. I no longer have to be the friend that orders only fries at lunch and makes everyone else feel uncomfortable and pitiful. And to top it off, this burger is actually tasty. Even my meat-eating friends have bestowed their approval on it.

I consider myself to be somewhat of a veggie burger snob, and this one passed my test with flying colors. The look and taste of this Whopper is spot on, seriously.

My decision to give up meat was an extremely impulsive one, but one which I do not regret it all. Six years later, I’m still going strong and do not plan on ever switching lifestyles. I can have peace of mind while turning down a typical fast food burger, even if my growling stomach may object. Still, I would be lying if I said I never craved a burger. Now, finally, I can fulfill this craving.

The Impossible Whopper appears nearly indistinguishable from a normal Whopper, despite the green wrapper that differentiates it. As someone who thoroughly enjoys the taste of meat and gave it up for a purely moral reason that stems from the treatment of animals in the meat industry, a meaty texture is a must-have for any decent veggie burger in my book. This Whopper provided me with the consistency that I long for and definitely do not get with every veggie burger on the market.

This is a big improvement on Burger King’s part, since their original veggie burger was lackluster in every possible way. It was an attempt to include vegetarians back into fast food culture that failed pretty miserably, but we all make mistakes.

The new and improved Impossible Whopper provides me with the taste, texture and the price of a regular fast food burger, which are things I never planned on having. If you like meat, I can pretty much guarantee that this Whopper will leave you just as satisfied as a normal one. The flavor is a spot on replica, making it very easy to forget that you’re not actually eating meat.

With pleasant taste on top of the convenience factor that comes with fast food, the new Impossible Whopper is a meal that I will be recommending to friends as long as it is around, whether they eat real meat or not. Meatless Mondays, people!