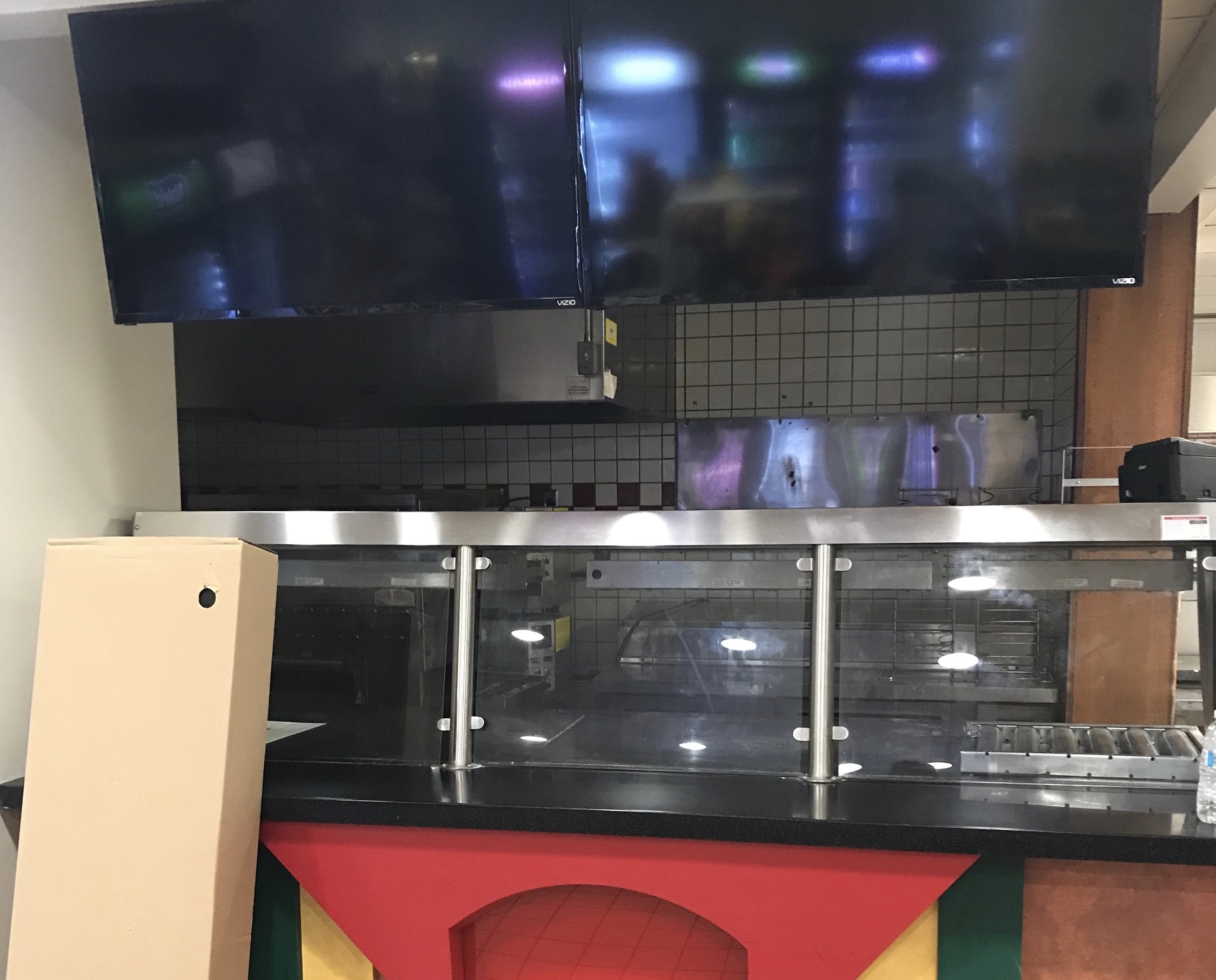 The empty space in C Club where Papa John’s used to sit before being removed this summer after John Schnatter’s racist comments. Photo by Jimmy Lafakis.

Due to Papa John’s Pizza founder’s racist language, Butler University will no longer be serving the pizza franchise in C-Club this school year.

In July, Papa John’s founder John Schnatter admitted to saying the N-word during a May conference call concerning racial issues. His usage of the racial slur, amongst other offensive comments, led to Schnatter’s resignation and several institutions disassociating themselves from Papa John’s.

Frank Ross, Vice President for Student Affairs, said Schnatter’s racist comments are unacceptable and have no place at Butler.

“That’s not who we are at Butler,” Ross said. “His racist language is contrary to the values of Butler. Like any university, it’s important for us to create a campus community that’s welcoming to everyone and everyone feels like they belong.”

Several other universities, including Purdue University and Schnatter’s alma mater Ball State University, returned donations from Papa John’s or took the founder’s name off of their buildings.

While there were no financial implications when Butler cut its ties from Papa John’s, Ross said the move was the best thing for the university to do.

Ross said the decision was made after discussing the issue with the leaders of Student Government Association. Alex Kassan, Vice President of Diversity and Inclusion Board, first approached Ross about how Butler will deal with the situation.

“They were concerned, as was I, about what it would mean if Butler continued to have Papa John’s on our campus knowing that the brand very much now is being associated with his racist language,” Ross said.

By removing Papa John’s from C-Club, Ross said Butler is standing up for what the university believes in and putting its values into practice. Those values are “diversity and inclusion and creating a community where everybody feels welcome.”

Ross and Butler’s food provider, Aramark, discussed over the summer ways to enhance dining service on campus when the news about Papa John’s broke. Aramark, who has been dealing with the same situation at many other institutions, will be replacing Papa John’s with their own pizza brand. Ross ensured breadsticks will also be on the menu.

“Butler was founded on diversity principles, so to have someone in a place of diversity using a racial slur or not promoting it [diversity] is problematic and needs to be dealt with,” Williams said.

Ross specified other actions made by the university to intentionally create an inclusive campus, such as the Social Justice and Development core requirement. As The Collegian reported last October, the SJD pilot phase should begin this semester with the new incoming class — of which Ross said 17 percent identifies as multicultural.

Butler also created two new positions on campus — Director of Civic Engagement and Social Justice and Associate Vice President for Diversity Equity and Inclusion — and are currently searching to fill those roles.

“Having an institutional diversity officer is critical in our commitment to diversity and having somebody who broadly has responsibility to ensure we maintain and grow our inclusivity on campus,” Ross said, who hopes that announcements about those searches will be made soon.