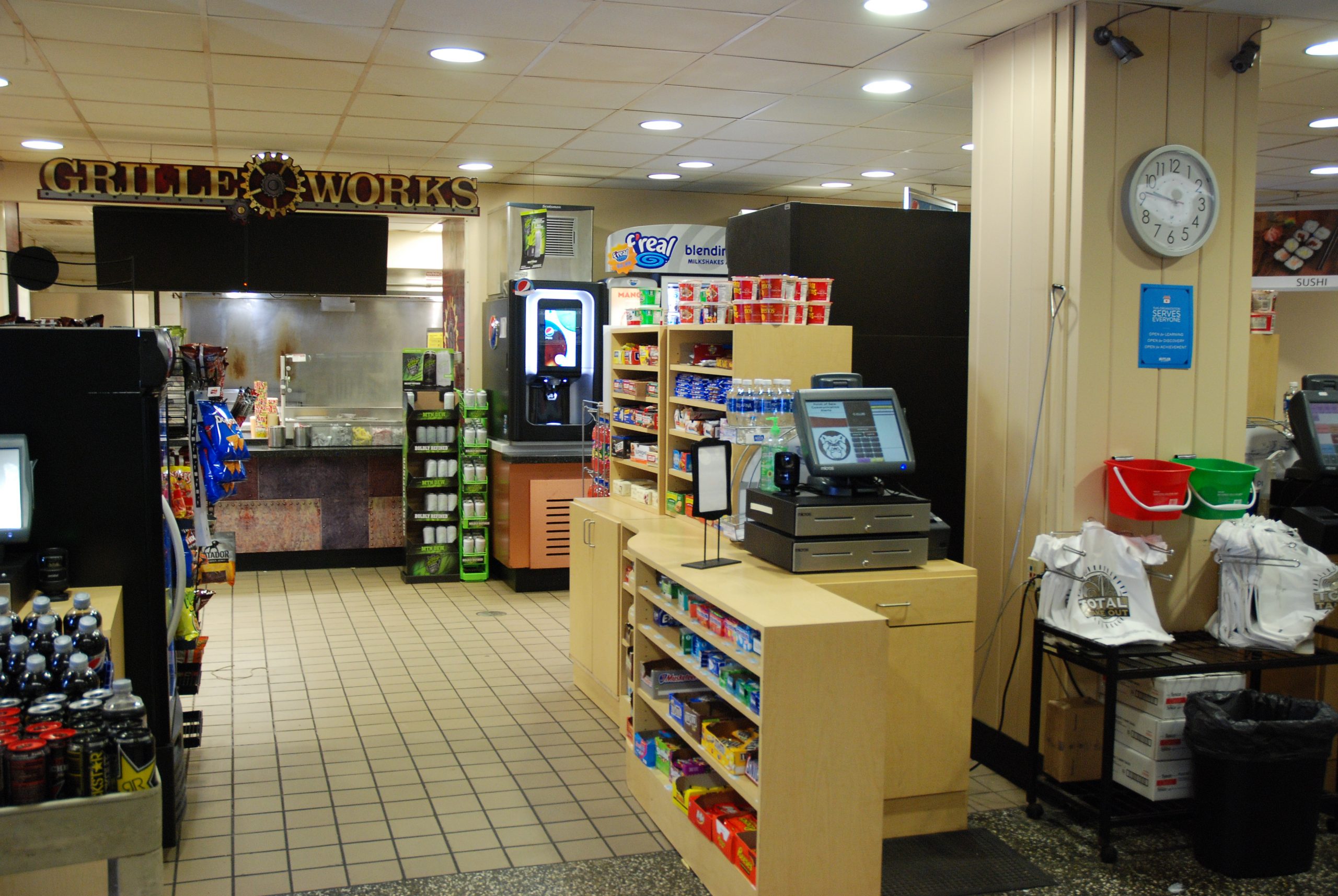 You can literally smell the glorious combination of sweat and chicken tenders through this photo of C-Club. Collegian file photo.

The cheesy bread was so greasy you could almost see your reflection. The scrape of spatulas flipping made-to-order burgers on a sizzling grill filled the air. The F’real milkshake machine whirred. The snack wall bore more resemblance to your local gas station than a health food store. The ever-present smell of mold and musk assaulted your senses. Ah, C-Club.

For those unaware of what exactly C-Club was, let me give you a brief Butler history lesson. Plum Market didn’t exist until November of 2019, after a whirlwind of renovations transformed our beloved Campus Club Food Court into a lesser version of itself. Basically, I’m talking about an older, better version of Plum with a less pretentious name.

Soon, the memories of this sacred haven of late-night college snacks will be gone, along with the class of 2022. The current seniors of this campus hold knowledge unbeknownst to their younger peers; knowledge of the golden age of the basement of Atherton Union.

C-Club was the glue that held this campus together.

Its unpleasant interior housed a treasure trove of alternative meal options for the weary souls who sought refuge from the terror of A-Town. The Club’s fare ranged from edible cookie dough to Lunchables to fresh-baked ‘za. Sweet or savory, hot or cold, there was something to satisfy every craving.

It might be hard to imagine, given the reputation of campus dining services, but the food in C-Club wasn’t just palatable. It was — dare I say — scrumptious. At least in comparison to the other options at the time, anyway.

When the 2018 Broccoli-Gate scandal brought fear of bugs living in the A-Town salad bar, C-Club was there to provide a concretely safe and downright delicious alternative. Months later, when students reported being fed raw chicken nuggets, they could seek refuge in the subterranean oasis directly below the dining hall.

Was C-Club perfect? Absolutely not, but it didn’t have to be — it had character, unlike its successor. The stifling, omnipresent funk in the air only served to add to the experience. The trials and tribulations of navigating the crusty marketplace made the reward of securing your lunch that much sweeter.

Hear me out: not everything at Butler needs to be glossy, glamorous and Instagram-able. After all, we are in college, and this university’s spoiled student body could stand to rough it a little. I don’t know about everyone else, but I’m willing to sacrifice aesthetics in exchange for being within walking distance of Spicy Nacho Doritos.

I’ll concede that I was originally thrilled for C-Club’s 2019 facelift. As delays in its construction abounded throughout the fall semester, my anticipation only grew. Ultimately, though, I found myself dreadfully disheartened by the health-focused renovations, which left much to be desired.

Walk into C-Club — ahem, “Plum Market” — today and you will find yourself blinded by harsh, unforgiving fluorescent lights. A brief stroll through the aisles will yield — gulp — cauliflower stars and whatever the hell else they sell at that pretentious Whole Foods Market wannabe.

Sure, it’s pretty. The smell no longer verges on triggering your gag reflex. You can still get junk food like ice cream or chicken tenders and fries. But where is the character? The dim lights? The name-brand snacks? The experience of having your items rung up by the ever-beloved Ms. Denise?

The bright white decor of Plum simply serves as an aesthetically-pleasing shell disguising the fact that in many regards, its present state will never compare to the glory of its past.

My soul aches for the cheesy bread; my mind’s eye imagines its oven-baked glow when hunger strikes. But alas, the greasy grub remains out of reach from Butler students, reduced to nothing more than the dwindling twilight of its memory.