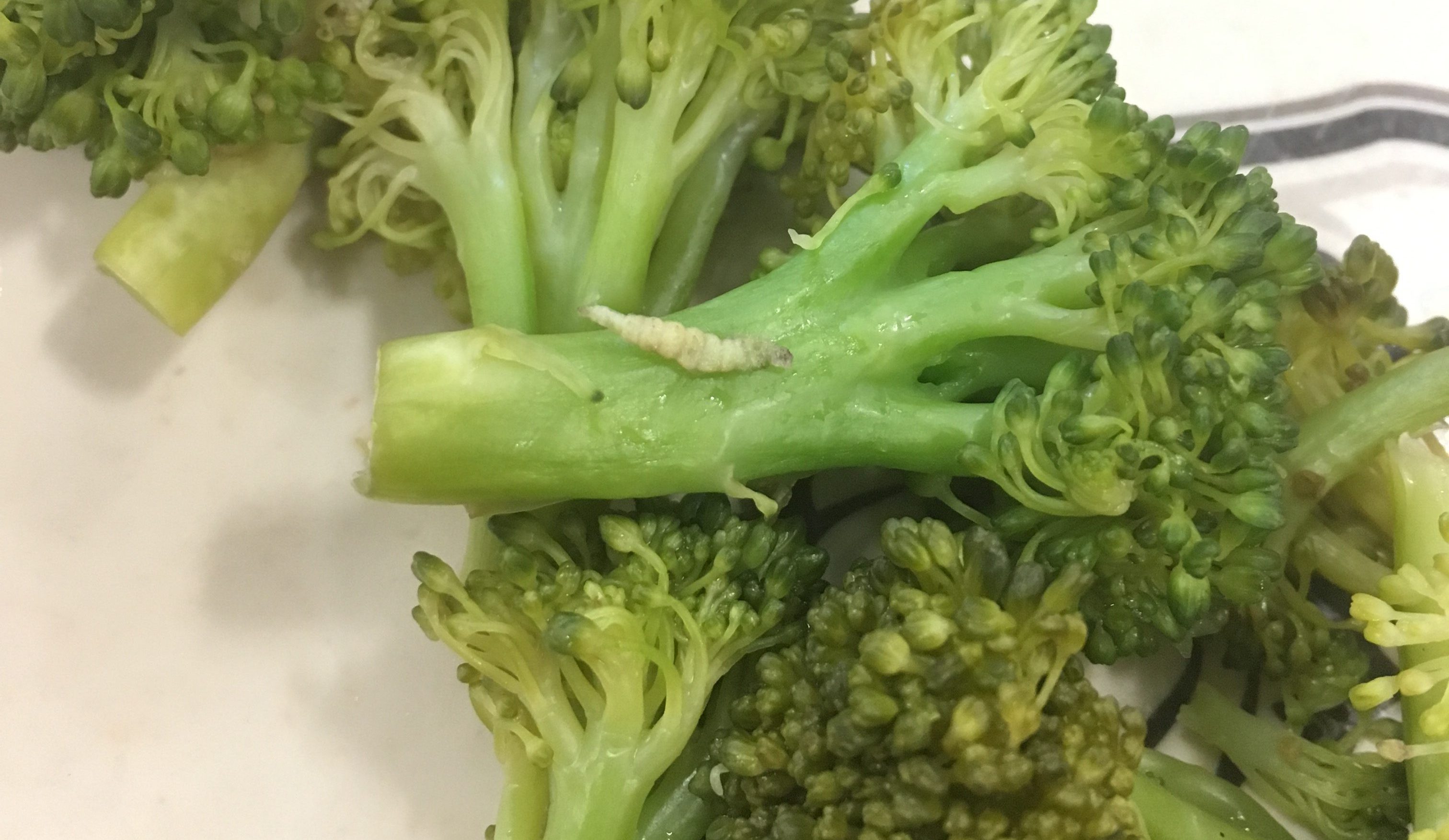 Another unidentified bug was found on a piece of broccoli in the Atherton dining hall on Aug. 30, the second occurrence in just under five months.

“I was kind of disgusted,” said Andrew Taylor, a first-year pre-pharmacy major who discovered the what looked like a maggot during his lunch. “I was done eating after that.”

Dining services has since reached out to Taylor and pulled the remaining produce from the serving line. In response, dining services released the following statement:

“We are committed to providing a positive, safe, and healthy dining environment and we will continue to take all necessary precautions to ensure food safety and maintain a quality dining program for the entire campus community.”

In a previous incident last April, a first-year student tweeted a picture of her broccoli from Atherton’s gluten-free station after finding a bug nestled in her food. Afterwards, food service provider Aramark agreed to rewash all pre-washed produce sent to the university.

“I’ve been impressed by Atherton so far, to be honest,” Taylor said, who threw out his plate once he found the bug. “There are a lot of healthy options and just options in general, so it was kind of a shock that that happened today.”

“The thing that I just want to convey is that this is absolutely not the kind of experience we want for Butler students,” Ross told The Butler Collegian. “And this is unacceptable.”

Ross also made phone calls to local and corporate Aramark managers, who are launching an investigation from their end into the incident.

The discovery comes a week after Ross announced a series of short and long-term changes to Butler’s dining program based on student surveys.

This October, the school is partnering with a national campus foodservice consulting group to launch a search for a new dining service provider. Ross indicated the school will continue to move forward with plans to launch a request for proposal, but said the multi-step process makes it hard to accelerate the timeline.

Aramark, which has been in contract with Butler for the past 20 years, had previously indicated their intention to submit a proposal.

Students with questions about dining can reach out to Christy White, general manager of Butler Dining, at cmwhite2@butler.edu.

Zach Horrall and Meghan Stratton contributed to this report.