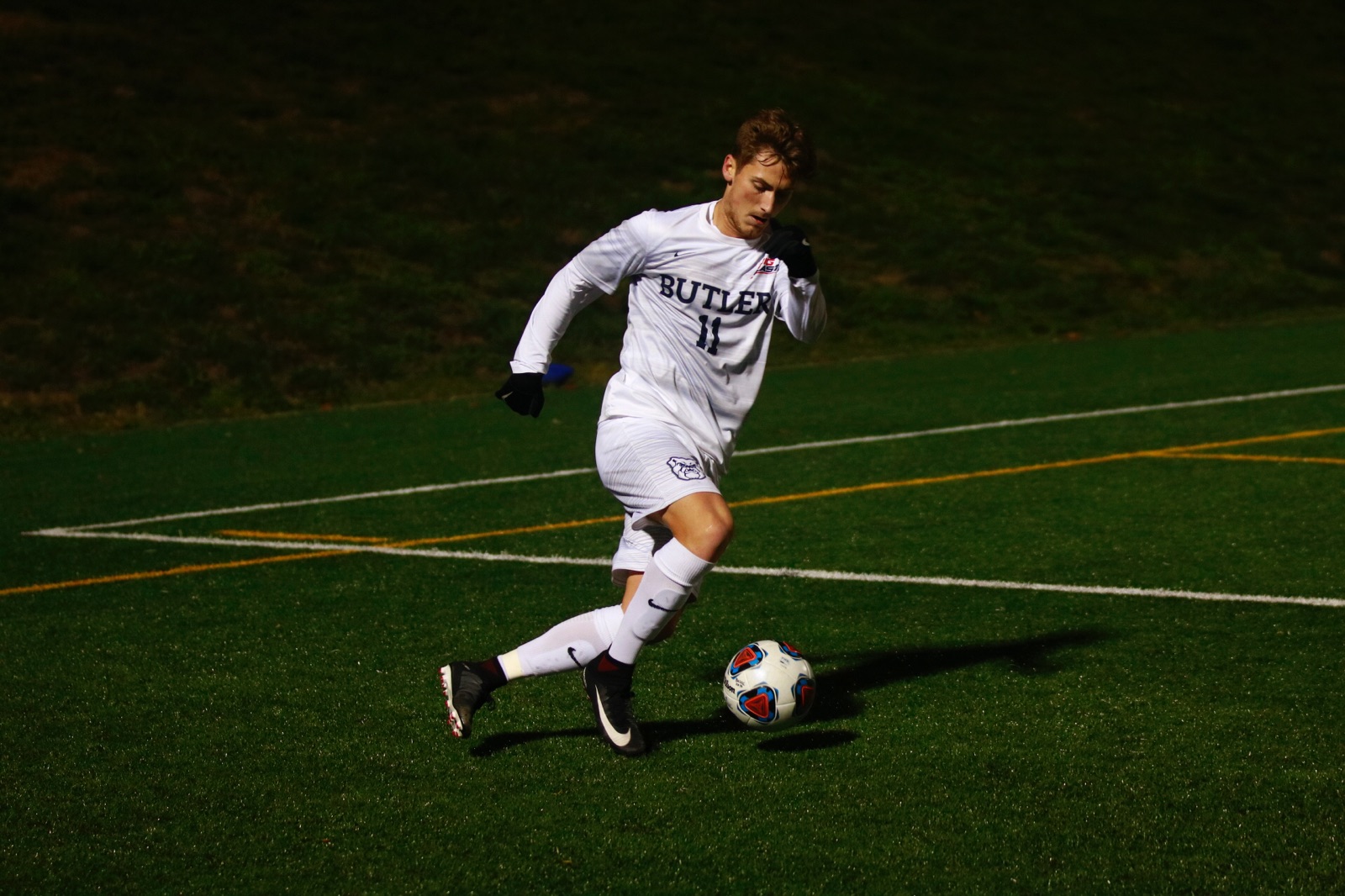 Brandon Guhl with the ball in a game last season. Guhl scored both of Butler’s goals against Western Michigan. Jimmy Lafakis/Collegian file photo.

It was the Brandon Guhl show in Kalamazoo, Michigan. The junior continues to exhibit his goal-scoring abilities, netting both goals for the Bulldogs en route to their road victory.

Both goals came midway through the second half, the first in the 64th minute and the second in the 69th. Butler only had two shots in the first half. The second period saw the Bulldogs explode, as they put up six shots with both efforts on frame getting past the keeper.

The Butler defense allowed 12 shots on the evening but no none on frame.

Butler will be back in action on Labor Day, Sep. 3, at 1 p.m. when they take on Columbia at the Sellick Bowl.