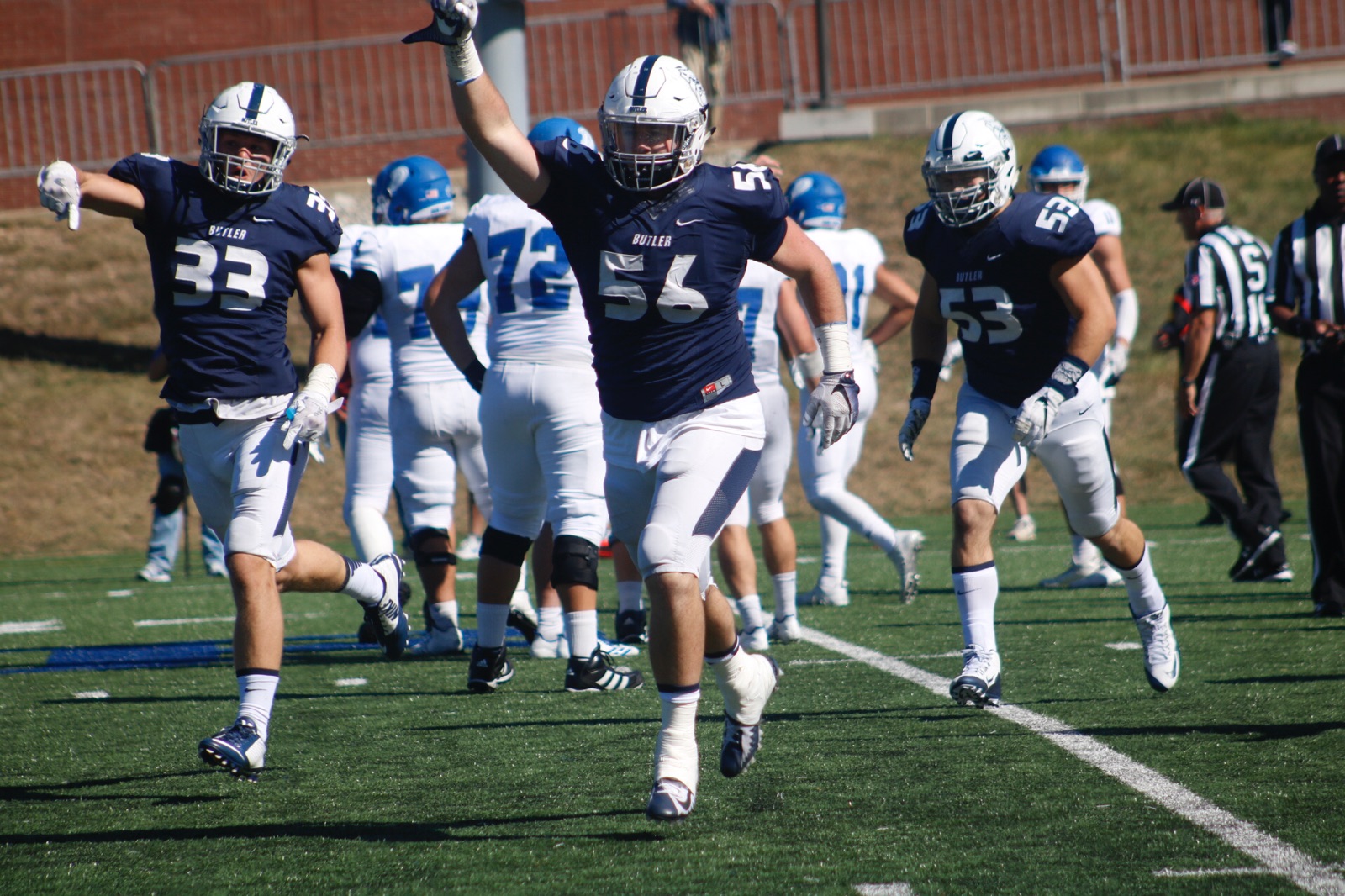 The football team runs onto field before facing Drake on Sept. 30. Butler is now 1-2 in conference play this season.

Butler football is now 3-3 on the season after dominating the Morehead State Eagles 44-6. The Bulldogs ran for a season-high 253 yards on the ground.

The running game was a team effort as three different Bulldogs found the end zone. Redshirt senior running back Duvante Lane led the way with 99 rush yards and three touchdowns highlighted by his 32 yard touchdown run late in the second quarter.

This time it’s Duvante Lane finding the end zone on a 32-yard run. Butler leads, 24-0, with under a minute remaining in the first half.

Redshirt senior Sam Schrader and redshirt junior Anthony Scaccia followed Lane into the endzone for a total of six rushing touchdowns for the Dawgs.

Redshirt junior quarterback Will Marty added 176 yards on 11 completions to add to the offensive attack.

Butler’s defense controlled the game, holding Morehead State scoreless until the final quarter. The Dawgs gave up only 230 yards of total offense. Only 48 of those yards came on the ground.

Turnovers were a problem for the Eagles as the Bulldogs forced six turnovers on the game. Butler forced seven fumbles and recovered five of them.

The Bulldogs return to the Bud and Jackie Sellick Bowl for their next game against Jacksonville University on Oct. 4 at noon.