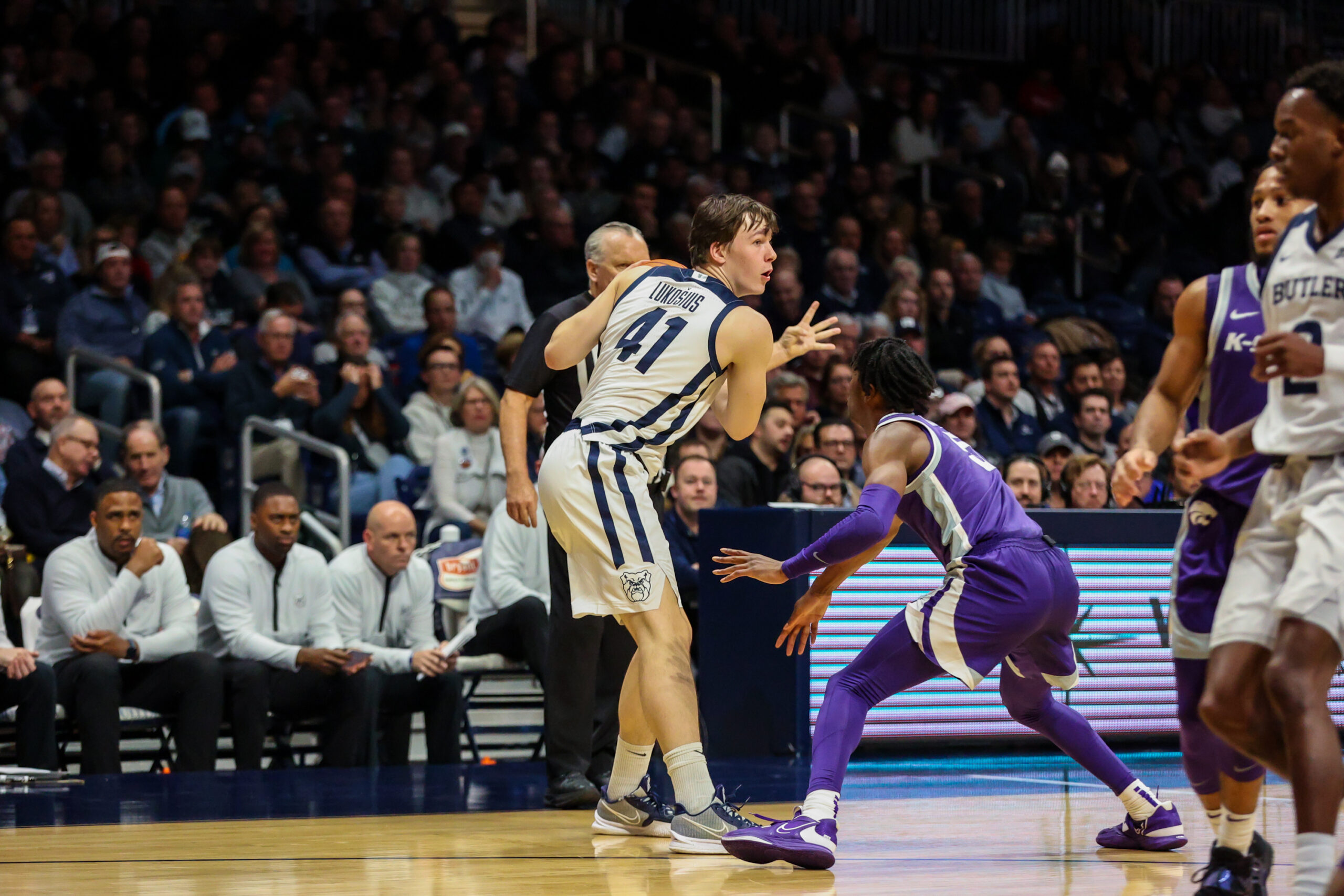 The Butler men’s basketball team will face off against Tennessee Tech for the first time in program history. The Bulldogs sit at 5-3 while coming off a 76-64 victory over Kansas State on Nov. 30. The win over the Wildcats was the fifth time in eight games this season that the Bulldogs have shot 50% or better from the field, and the fourth time this season shooting 40% or better from three-point range. It was also the second time this season Butler put five players in double figures. The Bulldogs look to win their second straight game at home on Saturday while Tennessee Tech searches for their first win on the road.

Here’s what you need to know ahead of the matchup between the Bulldogs and Golden Eagles.

Who: Butler vs. Tennessee Tech

Graduate center Manny Bates has dominated for Butler since arriving this season from North Carolina State. Bates is ranked eighth nationally in blocks per game at 2.9 and his 67.1 field goal percentage is 16th in division one of the NCAA. Bates played a season-high 39 minutes against Kansas State where he scored a team-high 22 points and picked up ten rebounds. Look for Bates to continue to keep up these high minutes until sophomore forward DJ Hughes can make a return to the court.

The Dawgs have continued to show success when the ball travels around the court. Sophomore Simas Lukosius handed out a career-high seven assists during the victory over Kansas State. This matched the most assists by a Butler player this season. The Bulldogs had 18 assists on 28 made field goals on Wednesday to help gain the victory. For good production on offense against Tennessee Tech the Dawgs will have to keep the ball moving, especially along the perimeter.

Sophomore guard Jayden Taylor has continued to improve throughout this early season. He is the only Bulldog to score in double figures in all eight games this season. The Dawgs need Taylor to contribute to this offense especially with the prolonging injuries on the team.

Getting off to an early start

The Dawgs are 5-0 this season when leading at the half. In the game against Kansas State, Butler came out fast, making nine of their first 12 attempts from the field. A 10-0 run gave the Dawgs an early 25-12 lead with 10:21 remaining in the first half. To be successful, this team needs to jump out of the gate early.

Scouting Report for the Golden Eagles

The Golden Eagles will enter Hinkle Fieldhouse for the first time in program history. Tennessee Tech currently sits at 3-5 overall and has started 0-3 on the road this season. The team is led by graduate student forward Jaylen Sebree, junior guard Brett Thompson and junior guard Erik Oliver. Sebree is averaging 12.5 points per game and shooting 50% from both the field and behind the arc on the season.

The Golden Eagles are averaging 15 turnovers per game. In their season opening 75-43 loss to No. 11 Tennessee, the Vols found success in scoring off of the Golden Eagles mistakes with 31 points off turnovers. If the Dawgs are aggressive on the defensive front, expect Tennessee Tech to cough up the ball.

Tennessee Tech head coach John Pelphrey has been on the bench twice previously in match-ups against Butler, both as an assistant to Billy Donovan.