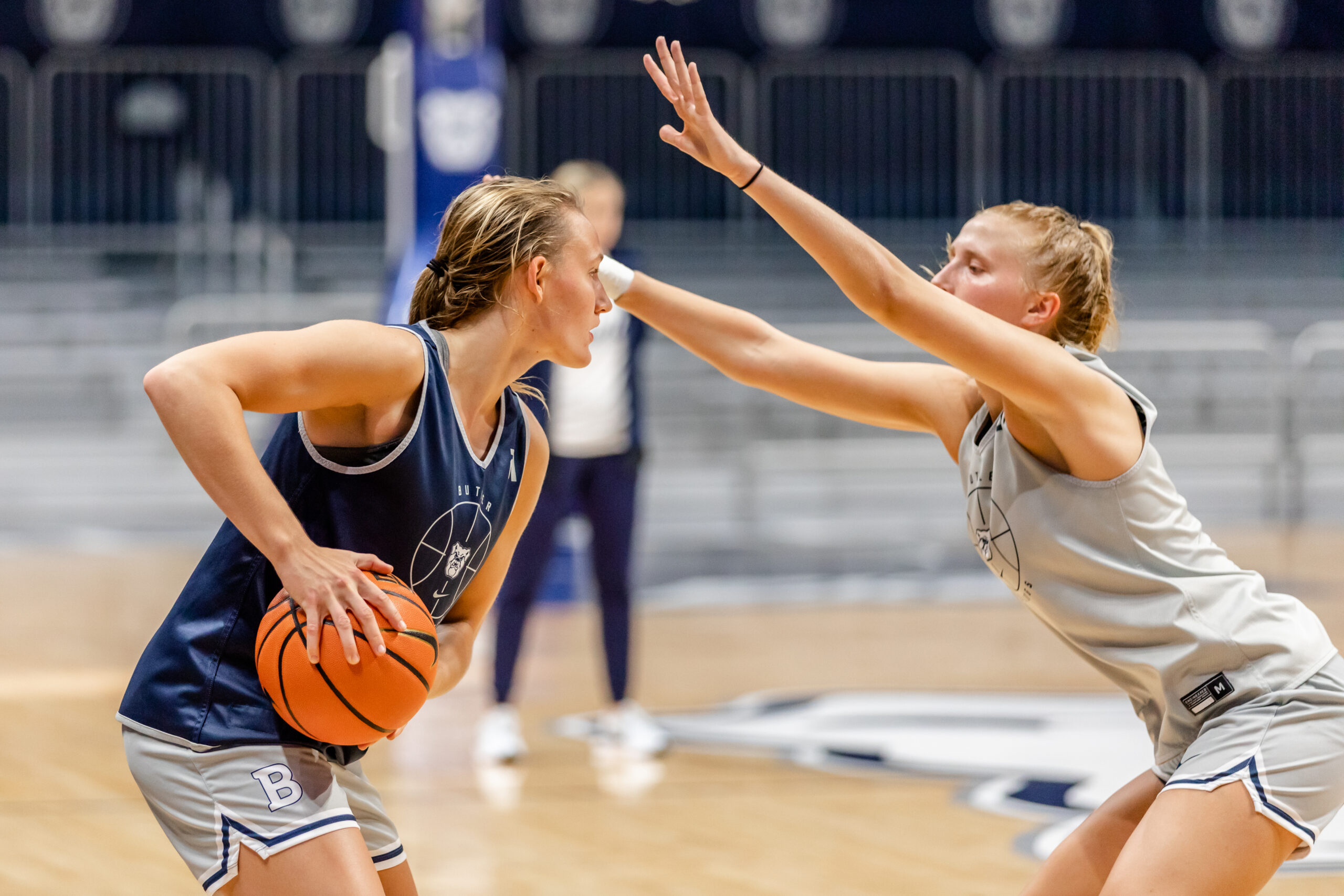 Butler women’s basketball will face off against IUPUI at Hinkle Fieldhouse on Sunday, Nov. 12 for their second regular season game of the season. After their first victory since Dec. 22 against Chicago State, the Bulldogs look to continue building upon their progress as a newly built team.

This is a match-up full of former teammates and coaches as Parkinson will make his first coaching appearance against the Jaguars since his time there. Assistant coaches Latrell Fleming and Holly Hoopingarner, junior Anna Mortag and graduate student Rachel McLimore all followed Parkinson to Butler. Parkinson spent 12 seasons at IUPUI where he posted a record of 224-141 and earned the program’s first NCAA Tournament appearance by winning the 2022 Horizon League Championship.

Here’s what you need to know ahead of tip-off on Sunday.

Who: Butler vs. IUPUI

The Dawgs’ new additions have not disappointed. Mortag and fellow junior Caroline Strande each set new career-high scoring totals in their Butler debuts. Mortag was one of four newcomers in the starting lineup on Wednesday. The 6-1 forward was aggressive at the basket, scoring eight of her 16 points from the free throw line. Strande came off the bench and provided energy to a much-needed slow start against Chicago State.

McLimore and fellow grad transfer Shay Frederick will continue to lead the backcourt with veteran play. First-year Jordan Meulemans, who did struggle versus Chicago State, still can contribute with her size and versatility as she progresses with time.

Graduate student Kelsy Taylor joined Mortag in double figures. The forward came off the bench to score 10 points for the Dawgs and added a team-high eight rebounds. First-year Jessica Carrothers led Butler with three assists and three steals to complete her collegiate debut.

Expect each of these newcomers to continue to see the floor against the Jags.

First-year head coach Kate Bruce takes the lead for Jaguars heading into this contest. Bruce commands an experienced lineup, which consists of four seniors and a graduate student. IUPUI enters looking for their first win after starting 0-2 — their losses coming at home to UIC on Nov. 7, and more recently to No. 7 Louisville on Nov. 10.

Seniors Rachel Kent and Jazmyn Turner are two players to watch. Turner has averaged a team-high 11 points per game in the team’s first two games. Kent put up 17 points against the nationally-ranked Cardinals.

Former Bulldog Genesis Parker is using her final year of eligibility at IUPUI and is making her first return back to Hinkle on Sunday. Parker played her junior and senior seasons at Butler before having to redshirt during the 2021-22 season — what would have been her final year of eligibility — due to an ACL injury. The guard is averaging 18 minutes of play per game so far this season.

Last matchup against the Jaguars

Last season, a Parkinson-led Jaguars defeated the Bulldogs 80-47. Kent led IUPUI with 16 points in that contest. Mortag, then a Jaguar, put up eight points against Butler. The last win Butler took over IUPUI came in 2019. Parker led both teams with 23 points to lead the Dawgs to victory.