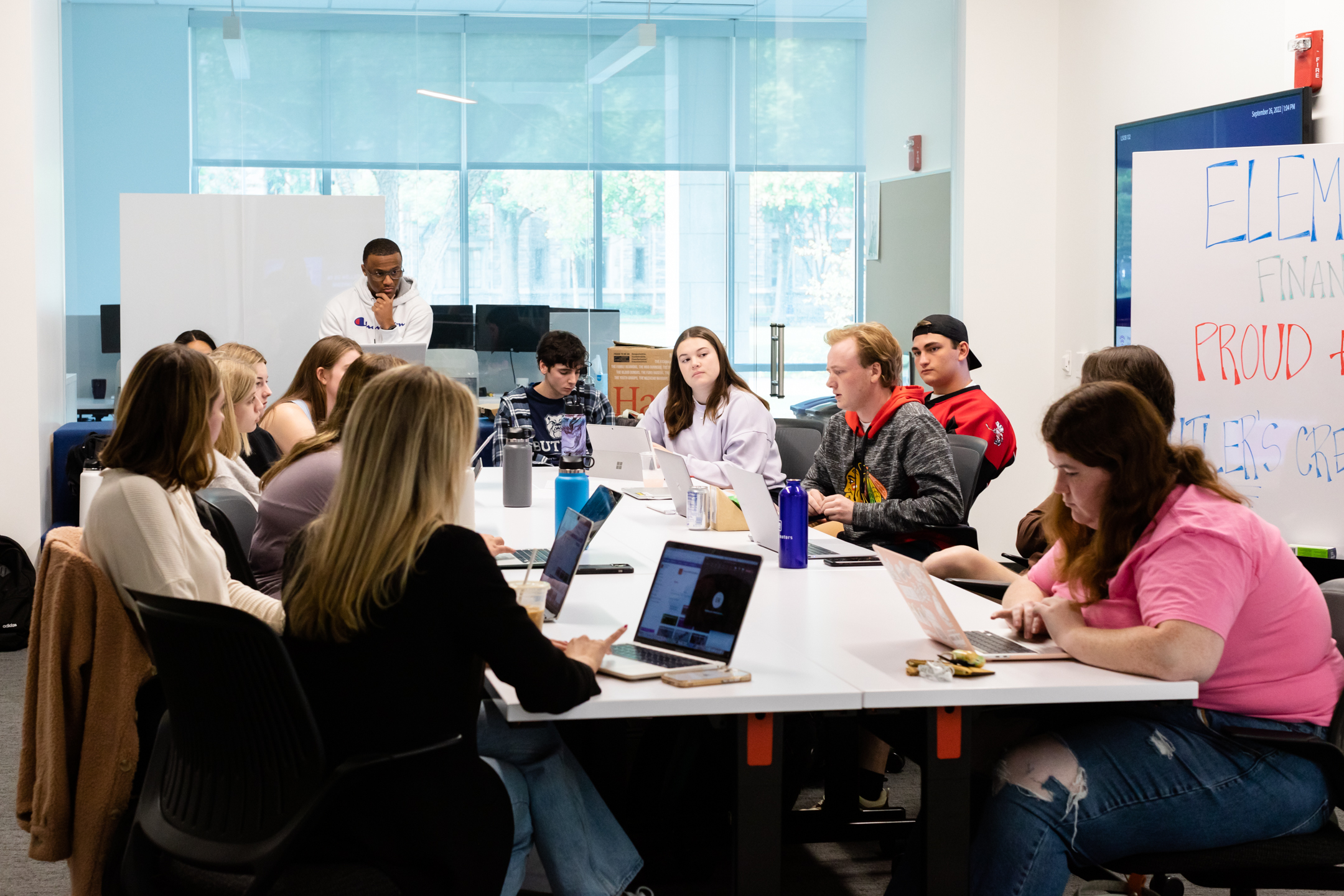 The Launch HOPE Foundation is expanding beyond Butler. Photos by Lauren Hough.

The Launch HOPE Foundation, which was started in 2019, has continued to expand its influence in the Hoosier state, and is now branching out into other states across the country. The organization seeks to empower marginalized communities by enabling them to rebuild themselves through the power of entrepreneurship.

The entrepreneurs receive help from recruited college interns to help guide them on their journey. Until this year, those interns have been strictly Butler students. This year, however, the 25-person team of interns includes students from IUPUI, and is looking to include students from Marian University and the University of Indianapolis in the future.

The interns assist entrepreneurs through the multiple stages of business development from product conception, website development, financial guidance and the final elements of building a business.

Launch HOPE Foundation provides aspiring business owners with education and employment opportunities while simultaneously cultivating a business mindset through hands-on, multi-year learning programs. Then, the individuals execute on their own ventures, turning their business idea into a reality.

Since last year, much of the group’s work focused on the continuous recovery from the COVID-19 pandemic and stabilizing the organization so it can extend to other locations. Mitchell said there is a lot of demand for their model to be implemented in various businesses, but the team has more to do before that can become a reality.

“We’re really trying to get all the processes, procedures, the curriculum for the interns,” Mitchell said. “We’re really working on getting all that stabilized and formalized so that when we do move to other cities, we can easily transport ourselves and then plug in with whatever the university is there.”

One way Mitchell and her team of interns have started that process this year is through the opening of the industrial center at Hope Center Indy — a nonprofit that provides shelter and work opportunities to women they rescue from sex trafficking, sexual exploitation and addiction. Launch HOPE entrepreneurs are able to manufacture their products in this space.

Currently, the industrial center holds 10 sewing machines that entrepreneurs and employees are using to make between 100 and 5,000 units of their product depending on request. The center is still in its development stage, so the women are doing small-batch manufacturing as the industrial center continues to expand its capacity.

To date, 86 members of the community have completed the Entrepreneurial Mindset and Business Model Creation Class, and currently 28 of the members have moved into the Launch HOPE Business Accelerator, which takes the entrepreneur’s business concept to the market. The foundation and its student interns are also working virtually with entrepreneurs in Texas.

Mitchell said Texas is where the organization’s first out of state connection will be, and in the next six to 12 months the team hopes to replicate what they are doing at Butler at the University of Texas, as well as locations in the Dallas-Fort Worth area.

Cameron Clark, a senior marketing and finance double major, is a new recruit and business development intern at the Launch HOPE Foundation. Clark said what inspired him to do the internship was seeing the way his mom, who is a nurse, gives back to the community that supported her.

“She worked in a hospital, and I knew I wanted to help people as well,” Clark said. “I wanted to find a way to give back to communities in a way that I know how to. Once I saw this opportunity here over the summer, [I thought] it was the perfect place for me because I know I can use the skills that I’ve learned throughout my time here at Butler and actually help people with their business.”

While both are still in their startup phases, Clark will be working with them every step of the way — helping to design a website, advertising the product and eventually putting the items on the market. While Clark will be able to directly support Pennington as they both are in the Indianapolis area, Moore is living in Texas, which Clark said poses a bigger challenge — but one he’s ready to take on.

“It’s definitely a barrier we have to climb through, but it’s one that I like because I like challenges,” Clark said. “[Moore] has a full time job as well, so trying to coordinate different schedules and all that too is a bit rough, but it helps you problem solve. So, I’ve gained a lot of knowledge on how to work with different people throughout this experience.”

Senior marketing major Ella Kappler is managing intern at Launch HOPE Foundation. She oversees Clark, Hufford and the other 22 interns this semester. Kappler has been with the organization since her first year at Butler, and said she is extremely proud of everyone who worked on the project and transformed it into what it’s become today.

“We started as just an idea in [Mitchell’s] head,” Kappler said. “It’s been truly incredible to see the progress that we’ve made from its inception until now.”