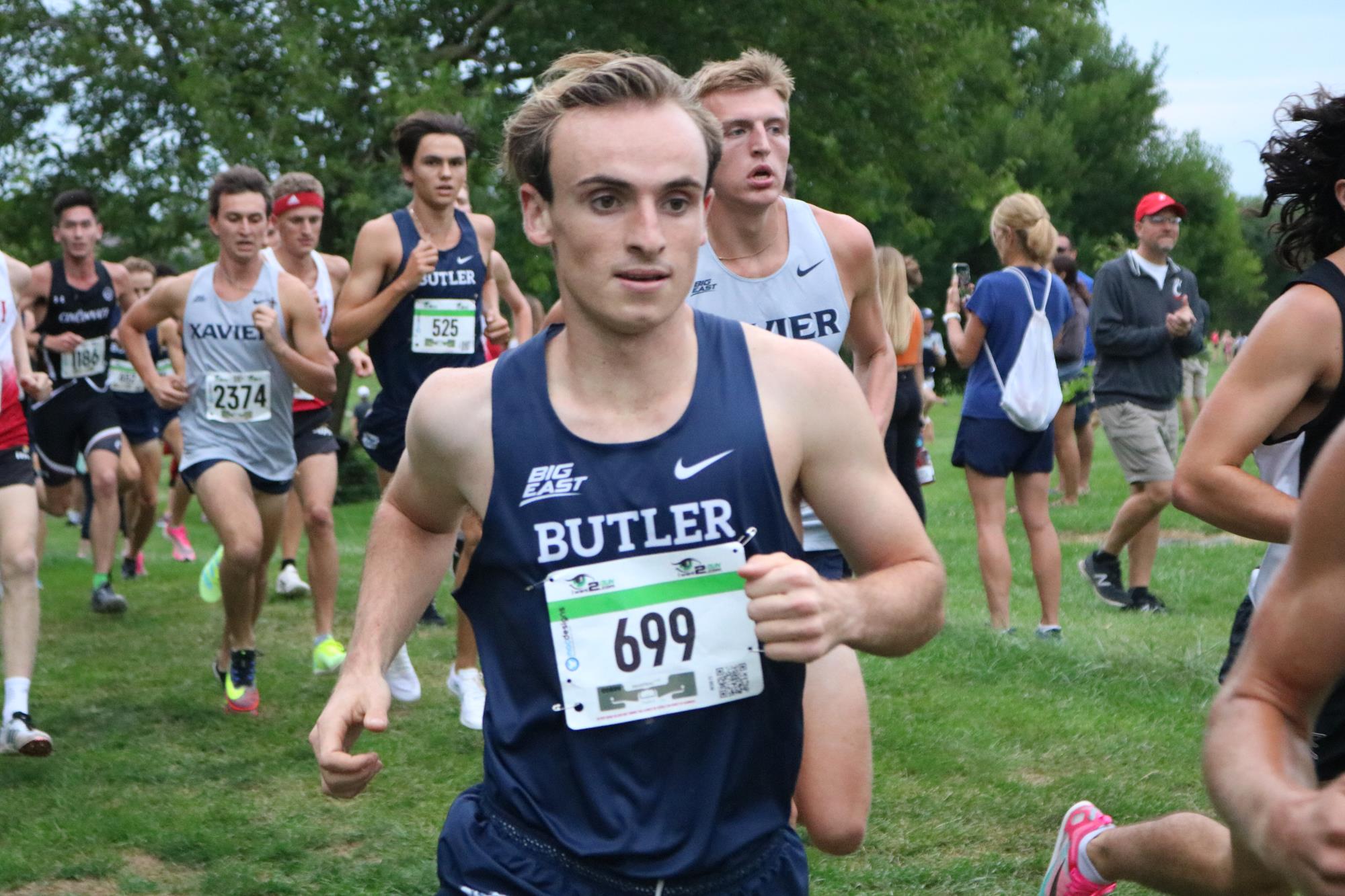 After a loss to Illinois on Aug. 25, the Bulldogs bounced back with a 7-0 blow out against Wright State. Butler scored five goals in the first half, three of those goals from super senior Katie Soderstorm. This was Soderstorm’s third hat trick of her career. In the second period, the Bulldogs defense held the Raiders to only two shots on goal.

In their season opener, Butler women’s and men’s teams swept the competition at the Rose-Hulman Twilight 5K. Both teams scored in the top spot, scoring 16 compared to DePauw (50), Rose-Hulman (77), and Earlham (89).

The volleyball team remained undefeated in their season as they took down Hofstra in three sets for the first game of the Denver Invitational. The Bulldogs credit their win to an outstanding offensive performance from the entire team. Sophomore Mariah Grunze and senior Megan Sheridan tied for a match-high of 10 kills.

In their second match up of the Denver Invitational, the Bulldogs earned their first loss of the 2022 season. The Denver Pioneers came out strong and swept the team in the first two sets — 25-15, 25-16 — but Butler fought back to take the game to four sets. In the fourth set, the Bulldogs kept the match close within two points, but six straight points for Denver took the Bulldogs out of contention for the win 25-14.

Butler football won their season opener against St. Thomas 31-26. This is the Bulldogs’ first season opener win since 2018. At halftime, Butler trailed 14-3. They would respond by outscoring the Tommies 28-12 in the second half. Redshirt junior quarterback Bret Bushka threw four touchdowns and completed 25 of 35 pass attempts for 309 yards.

Butler fell to Portland in three sets in the last matchup of the Denver Invitational. Mariah Grunze led the team with 13 kills and freshman setter Cora Taylor had 21 assists in the match. The Bulldogs are now 4-2 on the season.

The Bulldogs tied for fifth in their season opener at the Earl Yestingsmeier Invitational. The team was tied for third on Friday following the first 36 holes. On Saturday, the team shot a 10-over 290.

The women’s soccer team fell to No. 22 Wisconsin on the road 2-0. The Bulldogs had many opportunities to earn the victory as they led the game in possessions and shots on goal, but the team failed to get the ball in the net. Redshirt freshman Anna Pierce had three saves in the match protecting the two-goal margin.

The men’s soccer team kept their winning streak alive as they defeated Oakland 2-1. The Bulldogs were up 1-0 in the first half, but Oakland tied up the match in the second half with a goal in the 53rd minute. To break the tie, senior Perrin Barnes scored his first career goal off an assist by redshirt junior Tommy Visser. The Bulldogs are now 3-0 on the season.