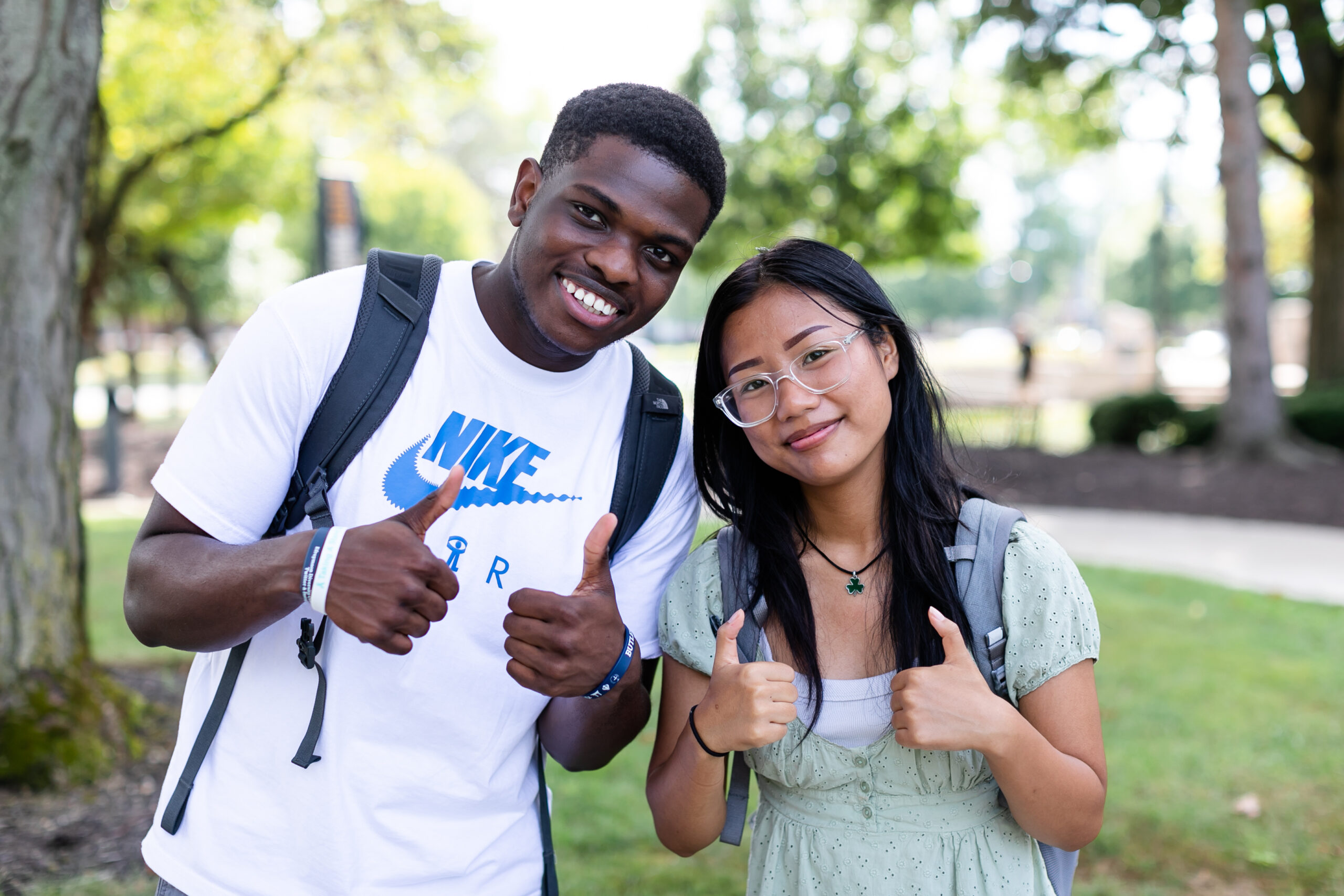 Dawg Days, run by the Efroymson Diversity Center, is one of four pre-orientation programs Butler offers for first-year students. The goal is to create a community for a diverse group of students who are beginning to navigate life as a part of the Butler community.

In order to plan for the Dawg Days pre-orientation program, Efroymson Diversity Center director Randall Ojeda focuses on the goals of the program.

“One of the goals of Dawg Days is to build connections for students of color and students in the LGBT community and allies of those groups,” Ojeda said. “So I was thinking we want to have a setup that creates connections and relationships, friendships, all the above. We also want to expose them secondly to campus resources. So when those students are in need, they know that there are offices, departments and individuals that are here to support them.”

On Saturday, Aug. 13, 35 peer advocates moved in much earlier than most of the student population to begin training for Dawg Days.

Before the first-year students move in, peer advocates get to know each other and plan for the new students to get there. Each mentor gets paired up with a first-year mentee in order to guide them through the week and hopefully create a connection that lasts. After a few days of preparation, the first-years move in and are welcomed by all the mentors. Neither the mentors nor the mentees know who they will be paired up with ahead of time.

In regards to creating these matches, Ojeda thought carefully about many factors to pair them up.

“It took me probably longer than it should have, probably about 10 days to just run through people’s majors, people’s race, their sexuality, their gender,” Ojeda said. “Just being mindful about what the group dynamic will be like, what the individual dynamics will be like, what challenges could exist just without knowing the players too well.”

Van Sui Par, a sophomore psychology major, and her mentee, Raymond Adetuberu, a first-year biology major, were one such pair. Par expressed concern regarding meeting her mentee.

On the flip side, Adetuberu had a different perspective and thought the exact opposite.

“I didn’t even think about it because I thought it was her job to like me.” Adetuberu said.

Par said she and her mentee bonded a lot through mishaps that happened throughout the week. At one point, the group was at a nearby cafe for a few hours waiting on their food.

“We were hungry,” Par said. “I feel like if you starve two people together, they have a lot to talk about.”

While waiting for their food, the pair spent their time talking about their music taste, recommending different artists to each other and laughing together.

“We have similar humor,” Par said. “It’s not that awkward because if I tell a joke to Ray, he gets it.”

When the group of mentors and mentees went to the Indianapolis State Fair together, Par described herself as the bag holder while Adetuberu went on the rides.

A lot of their friendship is about balance. They both expressed how they are similar in a lot of ways, but different too, which creates a great friendship.

Through Dawg Days, many people have formed genuine friendships and found a community at Butler. The Diversity Center is somewhere they can always go back to.

“What was beautiful was those downtimes when no one was telling the students what to do, these natural things happened where people would sit at the same table and play a game or talk about themselves as a person or something totally random,” Ojeda said. “Finding commonalities among those kinds of things really builds this amazing community that you can’t even plan for.”

Look out for applications on the Efroymson Diversity Center Instagram after Spring Break 2023.