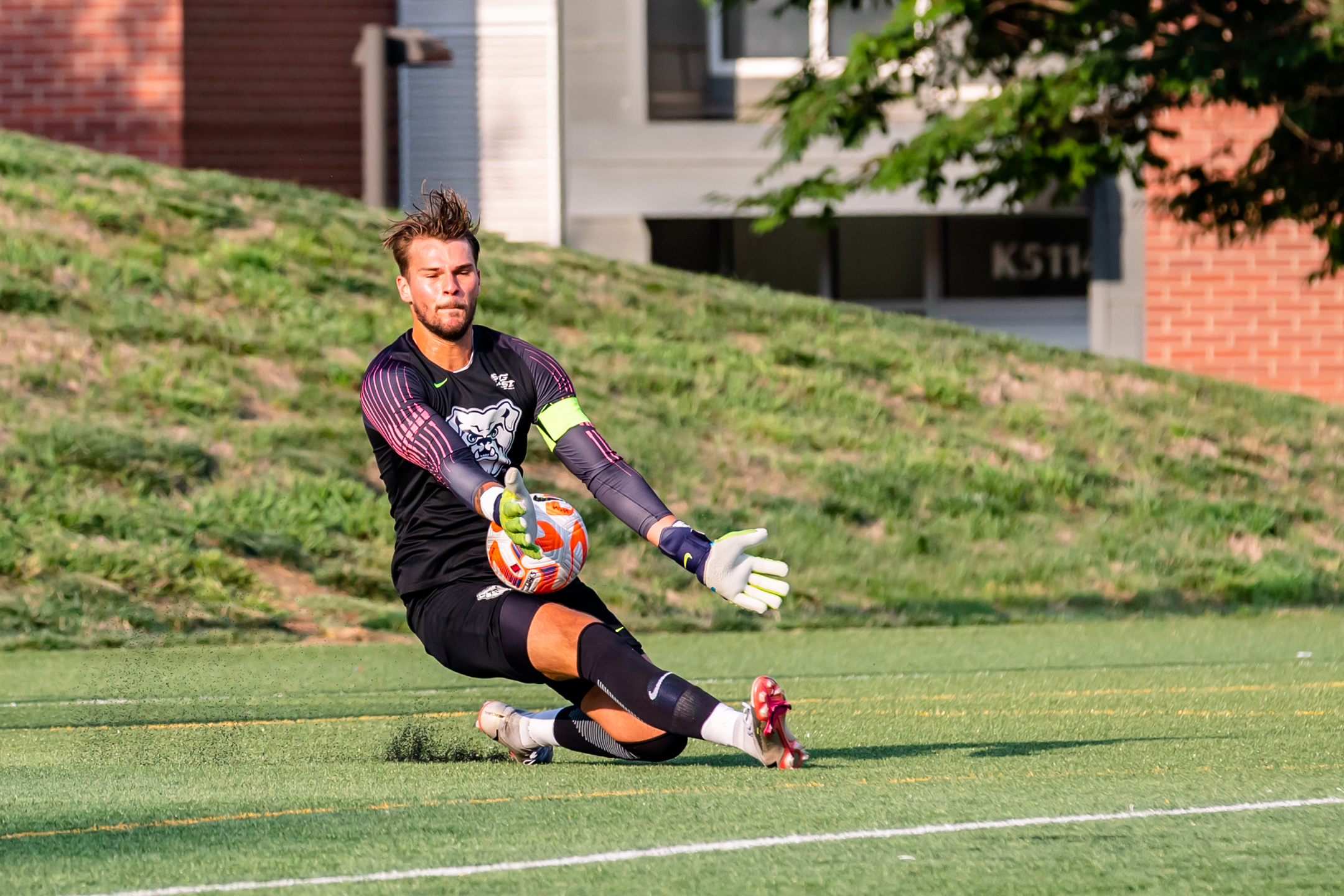 Fifth-year goalkeeper Gabriel Gjergji with one of his four saves on Aug. 25. The Bulldogs shut out Western Michigan 2-0. Photo by Lauren Hough.

The No. 17 ranked Butler women’s soccer team lost a hard fought match to Illinois, 1-0. In the 89th minute, Illinois junior forward Julia Eichenbaum took a pass from teammate Maeve Jones and was able to beat Butler keeper Anna Pierce, giving them the late 1-0 victory. The Bulldogs outshot the Illini 13-9 in their first loss of the season.

The Butler women’s volleyball team opened their season with a 3-1 win in four sets against Eastern Illinois. After splitting the first two sets, the Bulldogs responded by winning consecutive sets 25-19 to secure the win. Lead by four from junior middle blocker Marisa Guisti, Butler finished with nine blocks to Eastern Illinois’s three.

In their second match of the day, the Butler women’s volleyball team followed up their earlier win in the day with a 3-0 sweep of Oakland. Sophomore Mariah Grunze and redshirt sophmore Autumn Flowers each led the Bulldogs in scoring with 10 points apiece, with Grunze also recording a team-high nine kills. With their win, Butler improved to 2-0 on the season.

After falling down two sets to one, the Butler women’s volleyball team fought back and overcame a deficit in the fifth set to defeat Akron 3-2. Sophomore middle blocker Amina Shackelford led the Bulldogs with 15 kills and nine blocks. As a team, Butler finished with 16 blocks to Akron’s zero. With their win, Butler improves to 3-0 on the season.

Men’s soccer vs Marshall The Butler men’s soccer team overcame a 40-minute stoppage of play and an early ending to upset No. 14 Marshall 1-0 in 83:35 of game time. The only goal of the game came at the 40-minute mark, when Butler forward and reigning Big East freshman of the week Palmer Ault took a pass from teammate Jack Haywood and beat Marshall goalkeeper Oliver Semmle to the far post. The Bulldogs won the game despite being outshot 21-9. With the win, the Bulldogs improves to 2-0 on the season.