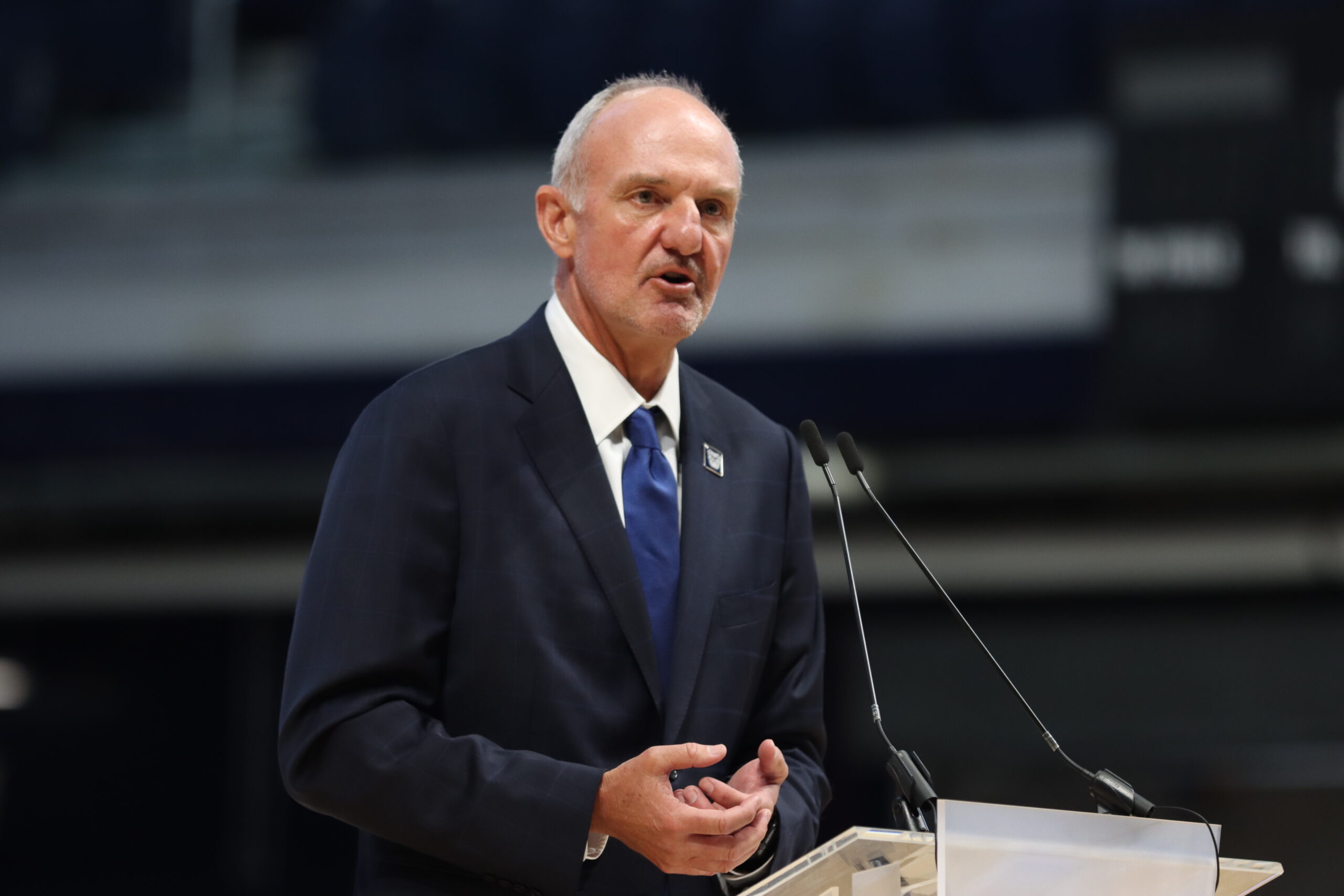 Over the 17 seasons that Thad Matta has been a head coach, there has been no doubt that he can get the job done, proven by his 439-154 career record. With all the success that Matta has had — his first big break at Butler in 2001, his three years at Xavier and the legendary 14-year run at Ohio State — one may think that’d be enough to call it a career. In any other profession or with any other coach, that idea might be right.

Matta, however, knew he hadn’t yet found the place that felt like home, the place that felt right. So when Matta was publicly introduced as the new head coach of Butler on April 6 for the second time, he knew that this job felt different than the others.

“I’ve had the opportunity to take a lot of jobs over the course of the last few years, and none of them felt right,” Matta said. “I went to the edge with a lot of them, and Friday afternoon when Barry [Collier] called me and told me what was going on, I was sitting on a beach in Florida. I had to look far into the ocean to decide what I wanted to do … this one feels right.”

The introduction of coach Matta was an event open to the public, and the Bulldog faithful showed up. In addition to crowds of students, alumni, media and fans, Butler’s President James Danko, Vice President and Director of Athletics Barry Collier, Butler radio play-by-play analyst Mark Minner, Matta’s family and friends and most of Butler’s returning players were all in attendance.

It’s no secret that when Matta left coaching the first time, his health was a factor. He made sure to address this during his introduction and assured people that it wouldn’t limit him from doing his job efficiently.

“I wouldn’t have taken this job — let’s address the elephant in the room — if I didn’t think I was physically capable of doing this job and doing more than the job needs,” Matta said. “You know, you find out in recruiting — there were times late in my career where people were saying, ‘He’s going to die. You can’t choose that school.’ It tells you how crazy this profession is. I’m not going to die. My foot doesn’t work. That’s it.”

Rick Donovan, a teammate of Matta’s when he played at Butler from 1987-90, has kept a close relationship with him. He agrees that Matta has taken the time to recuperate.

“He’s a tough guy, and he’s driven,” Donovan said in a phone call interview. “And I think that the last few years away from the game have energized and have given him an opportunity to kind of circle the wagons and to refresh himself mentally and physically.”

From a mental standpoint, Matta used the time he had off for reflection. He realized that being away from the game allowed him to unlock a whole new way of thinking.

“When you’re coaching, you only remember losses,” Matta said. “When you’re not coaching, you remember wins. It’s really given me a great opportunity to reflect on a lot of the things we were able to accomplish. But probably most importantly, I’ve been able to sort of analyze what worked, what didn’t work, how much time I wasted in practice on certain things, what I should have done more of.”

One aspect of Matta’s coaching style that may not need a lot of work is his ability to inspire his players. Nick Gardner, the Butler radio color commentator and former player under Matta, shared his experience of how Matta helped him buy into what the team needed from him.

“He did a good job of just defining roles within the team,” Gardner said. “I was a walk-on, but man, he really empowered me in that role as kind of a practice player. I embraced it, and that was my job, to make sure I brought it every day to get those guys ready for game day.”

In addition to Matta being tasked with the challenge of inspiring a new group of players every day, he also has a new conference. Being in the Big Ten for so long, he knows what it is like to coach in a competitive conference. The Big East is a new test that Matta is ready to take head-on.

While being competitive in a tough conference and, of course, winning games is a priority for Matta, it’s nowhere near the most important thing to him. When he decided to come back to Butler, he wanted to come back and be able to positively impact the lives of his players.

“I think he thinks that if he approaches it the right way, with the goal in mind of making a positive impact on the kids that he coaches, good things will come on the court from that chemistry, from that bond and from that relationship,” Donovan said. “His basketball acumen is just going to flow in practice and help develop those kids into better players and ultimately better people.”

One week into Matta’s tenure at Butler, he has already made some promising steps in the right direction. On the staffing side, it’s been reported that Davidson assistant Kevin Kuwik and Louisville interim head coach Mike Pegues will come to Butler to join Matta’s staff. In team news, Matta’s first signee from the transfer portal was Ali Ali — a 6-foot-8-inch forward from Akron with two years of eligibility.

Matta has more work ahead of him, but one thing is certain — the Butler faithful will be ready to cheer for whatever he chooses to do next.