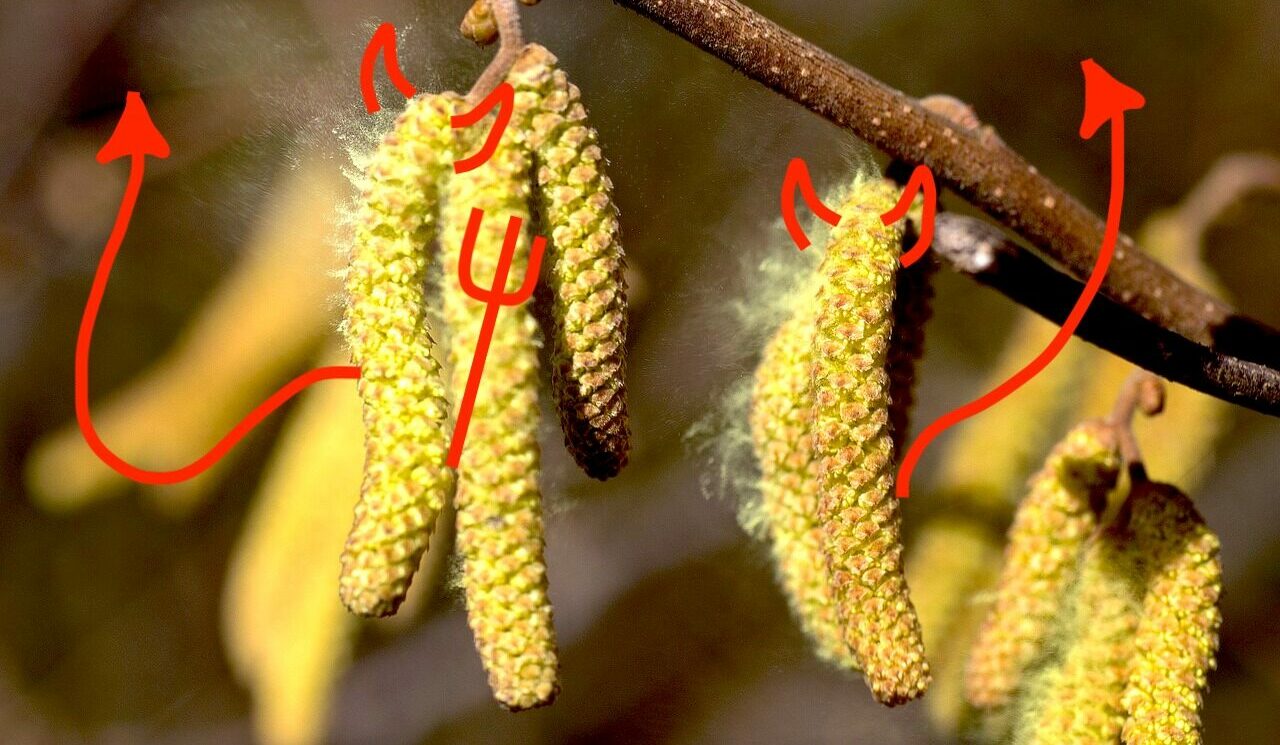 Every spring, treacherous balls of yellow pollen attack from the sky above. They wreak havoc on the lives of humans around the world. The weakest fall prey to these poisonous puffs so that only the strong are left to soak up the springtime sun. I believe we all owe seasonal allergies a thank-you: they serve as a massive arrow pointing to the weaklings of the world.

Nate Caruso, a first-year creative media and entertainment major, knows the springtime struggle well. Caruso is from Naples, Florida, where he claims his allergies weren’t nearly as bad as they are this year in Indianapolis.

“[Naples] wasn’t as bad as some other places, but I still got my ass beat every spring,” Caruso said. “I’ve been in a 19-year war with pollen, and I’m losing.”

Sure, Indianapolis might not be a great place for sufferers of springtime allergies, but having grown up without issue in Memphis, Tennessee — one of the worst cities in the country for seasonal allergies — I can safely call myself a survivor. I am one of the strong. I look forward to sneeze-less and sniffle-less outdoor homework sessions because I am immune to the mini hell that ruthless pollen imposes upon the weak and unassuming. The Indianapolis spring air has nothing on that of Memphis. Therefore, when I hear the whines and complaints of friends and classmates at Butler, I roll my pitiless eyes in silent mockery at these weaklings.

Rachel Meighan, a first-year health science major, feels personally victimized by springtime allergies. While she supports greenery and the environment, she harbors a personal vendetta against all things green once springtime hits.

“Live love green and greenery,” Meighan said. “Go green and everything, but like f*ck the trees right now.”

Unfortunately for Meighan, springtime is when the greenery is most beautiful. The lovely scent of flowers and the bright fluffy grass throughout campus are hallmarks of the spring. Without the pollen-producing plant life, spring would be nothing. So in the battle between the allergic folk and the trees, I choose the trees.

I love the feeling of being one with nature. I’ll make the occasional grass angel on my springtime walks to establish my superiority over the wimps on campus. Once I’m done rolling around in the soft grass, I’ll stand up without an itch or runny nose, healthy as ever. To me, the yellow powdered pollen is nothing.

While grass is as harmless as the air I breathe, it is a dangerous harbinger of pollen for the allergy-havers of the world. Allie Fuller is a sophomore strategic communication major and “professional allergy-haver” with some advice for the springtime sufferers.

“I recommend always having a pair of sunglasses on hand so that it doesn’t look like you are crying during your 8 a.m.,” Fuller said. “I also recommend allergy pills and having an arsenal of nasal sprays.”

These tears, though likely out of the control of the typical seasonal allergy sufferer, are certainly warranted. Seasonal allergies hurt. While I wouldn’t know the pain from my own experience, all I hear is suffering each time the springtime snifflers blow their red noses. These Kleenex-clutchers are absolutely destroyed by the air for two or three months annually. That must be devastating.

I might even go so far as to call seasonal allergies the natural selection of springtime. If you can’t make it through this flowery season without feeling congested and icky, then you certainly aren’t cut out for the hardships of life. Nature is weeding out the inferior springtime snifflers in favor of the superior — me — who will make it to the next season. Meighan agrees and believes that her allergies — which also include pork, pineapple and cheese — render her fairly close to extinction.

“I’m more susceptible to death because if there was an apocalypse and we were running away from something, how would I survive?” Meighan said. “I can’t breathe.”

Meighan is probably correct. I am fairly confident that her apocalyptic pursuers would be free of seasonal allergies considering they successfully orchestrated the end of the world as we know it. They would have to be pretty strong to do that. Therefore, the odds of a runny-nosed and breathless Meighan escaping her pursuers are slim if the apocalypse occurred in the springtime.

However, according to Caruso, seasonal allergies are not the worst of the worst. Caruso concedes that some seasonal allergy sufferers are weak, but he proudly stands by the fact that he is not the weakest of the allergic bunch.

“At least I’m not allergic to peanuts,” Caruso said. “Those are the true weak people, people with peanut allergies.”

I would argue that someone with a peanut allergy can, at the very least, go outside in the springtime to breathe in the fresh air without coughing, sneezing or crying. This is something our seasonally allergic folks cannot do.

Springtime sniffles might not be the world’s worst ailment, but they are the universe’s version of middle school basketball tryouts. Sure, you probably won’t make the A team, considering you’re too weak to walk around outside in the springtime without violently sneezing. But you’re certainly cut out to hide indoors all season with the B team. If you can’t handle the pollen, nature is simply benching you for the season. Know your place. Play on the B team with a sense of belonging because it is, after all, where you belong.