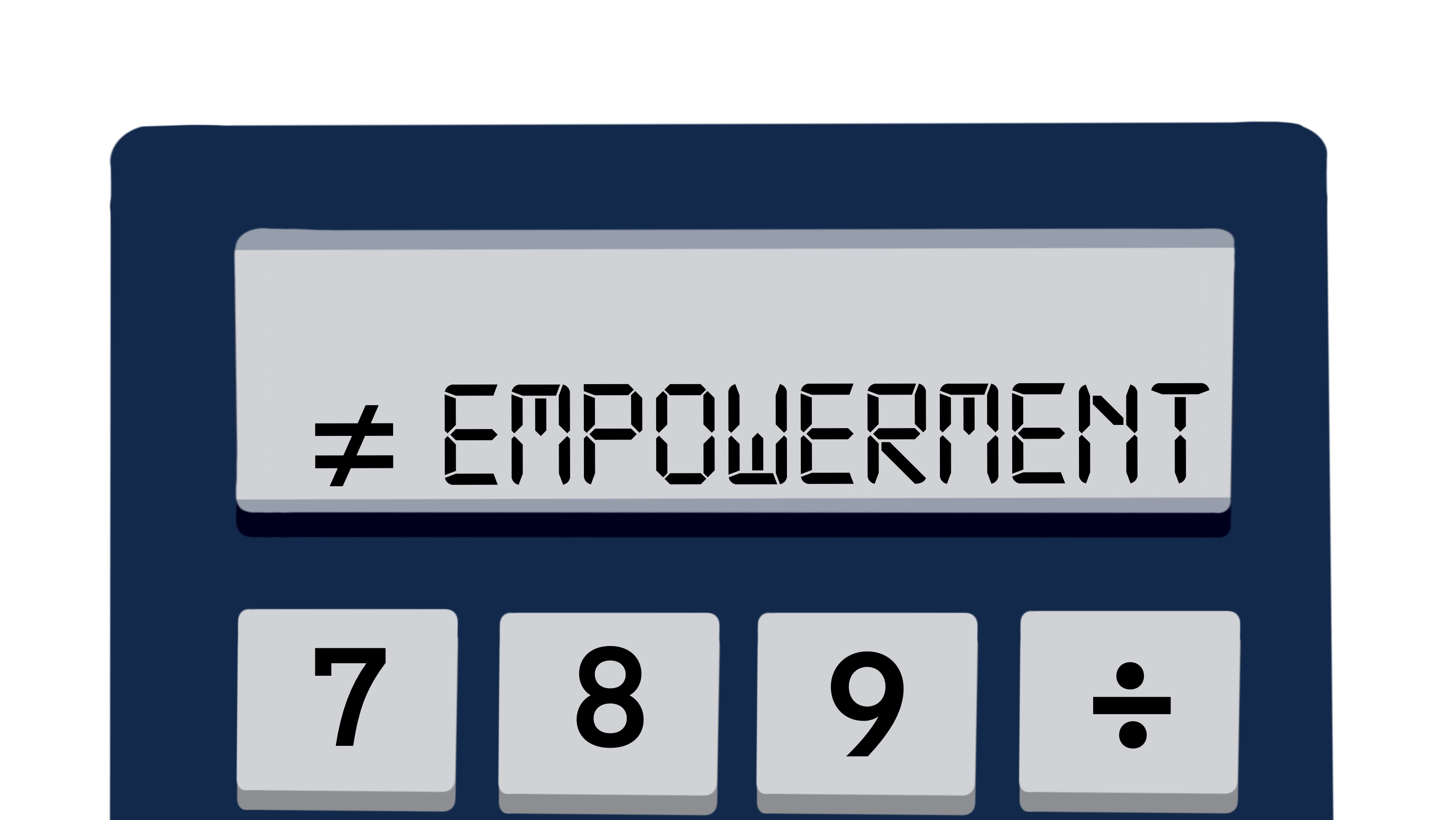 As women in Greek life, we so often toss around the phrase “empowered women empower women.” Fancy shirts, banners and recruitment week mantras all reinforce the motto we have accepted as our own, but it seems to be thrown around without real thought or intention.

Even though we are quick to say it, do we really know what it means? I’m not sure we do. On the surface? Yes. Performatively? Of course. But beyond that, there is work to be done.

Our understanding of empowerment is flawed, not only because of the society which is structurally built to maintain male power, but because of the Greek system our “sisterhoods” are built upon.

While these structures promote competition and division between women, empowerment is defined as “the process of becoming stronger and more confident, especially in controlling one’s life and claiming one’s rights” by the Oxford dictionary.

The events hosted this past week did good for women in the Indianapolis community and internationally. The week also accounted for the majority of the programming offered at Butler in celebration of Women’s History Month.

$2,904 were raised for Circle of Sisterhood, a nonprofit organization which, according to their website, works to use the “collective influence of sorority women” to help “[remove] educational barriers for girls and women facing poverty and oppression.” Panhel also collected 900 items for the Wheeler Mission Center for Women & Children.

Clearly, tangible positives came from this week, but subliminally — whether you choose to see it or not — the events this week reinforced negative stereotypes, objectified women and most obviously encouraged women to compete against one another. No matter the cause, encouraging competition amongst already exclusionary groups is quite literally the opposite of empowerment.

These negative outcomes are not necessarily the fault of Panhel, but rather of our society and a general desensitization to these socially accepted narratives. That being said, I wish more thought had gone into the implications of some of these events. In order to continue to progress as a society, we must challenge the ideals society has taught and uplift all women alongside us.

First, however, we must recognize our flawed judgment, so we can learn from it.

Claiming to empower women and using a format built to compete doesn’t create an environment encouraging women to support women. Instead it promotes already established competition amongst the sororities.

If competition is truly the only way to raise money — look at BUDM, I promise it isn’t — why not make teams by combining houses like Yell Like Hell or create randomized groups similar to recruitment?

Having a week built on “empowerment” while encouraging direct competition between women and sorority houses, in particular, is simply counterintuitive and not in our best interest.

At the end of the day, the issue isn’t the competition. The issue is taking competition, labeling it and selling it as something that empowers and uplifts women, when competitions are built to do the opposite.

Societally, women are already placed in positions of high competition amongst one another, so why would Panhel further encourage this in the name of empowerment?

If creating competition amongst women wasn’t enough, a point system was used to determine the “winner” of Women’s Empowerment Week. I don’t know about you, but no matter how many times I read that sentence it doesn’t make sense.

I hope I do not need to explain the flawed judgment of having an empowerment “winner” but using points at all implies that some forms of “empowerment” are more valuable than others.

Let that sink in.

If you want to know how much empowerment is really worth, look no further than the queen competition. Panhel valued a first-place finish at 100 points, second at 75 and third place at 50. Oh, and the other four Greek houses, according to Instagram, were not awarded any points.

For added context, goods donated to the Wheeler Mission were valued at one point per item or 1% of the “queen.”

Historically, pageants and queen competitions have objectified and further promoted direct competition amongst women. Panhel’s competition was no different.

Each sorority nominated a woman to participate in the queen competition. These women were asked to make videos that were posted on the Women’s Empowerment Week Instagram page. According to the Instagram, the post with the most likes at the end of the week would be named the “winner.”

While the videos showcasing each queen contestant have been removed from the Women’s Empowerment Week Instagram, Panhel cannot erase the fact it happened.

If having the houses compete directly against one another wasn’t enough, Panhel actively promoted and encouraged participation in a popularity contest. Competitions based on social media likes not only objectified the queens as the posts were circulated, but encouraged judgment inside and outside of Panhel.

Under the umbrella of the competitions surrounding Women’s Empowerment Week, Panhel chose to refer to the flag football competition hosted last Wednesday as “Powderpuff.”

While this may seem like I’m nitpicking, the phrase subliminally conveys male dominance and female fragility. This choice, during Women’s Empowerment Week, is especially tone deaf.

The Merriam-Webster dictionary defines powder-puff as “of, relating to, or being a traditionally male activity or event done or played by women.”

women, but it reinforces the idea that women’s sports are inferior to their male counterparts. Women face higher rates of gender marking in their prospective sports, compared to men, but using the term Panhel chose to describe the flag football of their empowerment week takes it even further.

As a secondary definition, powder-puff is defined as a “small fluffy device (such as a pad) for applying cosmetic powder.”

How am I supposed to feel empowered playing a football game named after a cosmetic brush?

While I want to give them the benefit of the doubt, I find it hard to believe that Panhel didn’t recognize the flawed judgment behind many events of this week.

If Panhel didn’t realize the queen competition was flawed, why are the videos no longer visible on the Women’s Empowerment Week Instagram page?

If Panhel didn’t realize the issues with competition, why was a disclaimer included on the powderpuff post stating: “this is a PANHELLENIC competition, empowered women can’t empower women if they aren’t willing to bring ALL women along.”?

And if Panhel didn’t realize the issues with the week as a whole, why did its explanation require an entire paragraph in their official wrap up post?

As women, we must continue to push forward together towards our own empowerment, holding others and ourselves accountable.

Being empowered isn’t something someone can just tell you to be, and if you don’t feel it, you aren’t the only one.

The following sorority women on the Collegian editorial board stand in solidarity with this message: