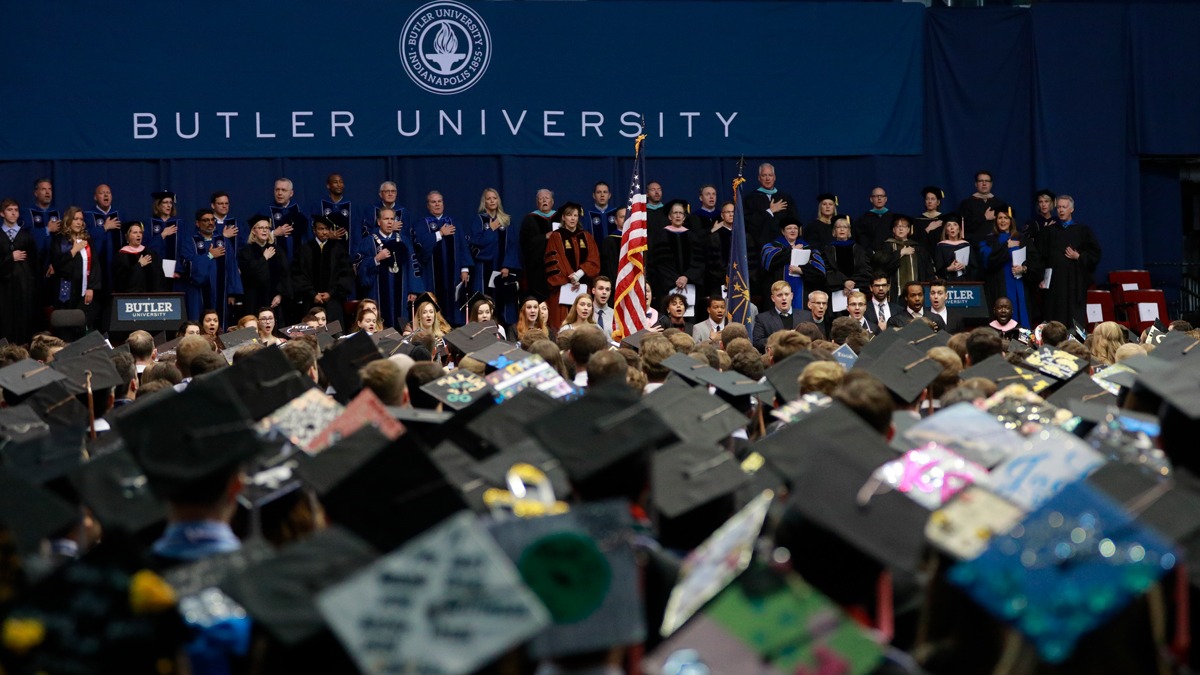 The seven posthumous degrees will be given at Butler’s Degree Conferral Ceremony on March 6. Photo courtesy of stories.butler.edu.

The Alpha chapter of Sigma Gamma Rho, the first and only historically Black sorority to be founded on a predominantly-white campus, originated on Butler’s campus on November 12, 1922, during the resurgence of hate groups in the state of Indiana.

Danny Kibble, executive director of advancement for diversity, equity and inclusion initiatives and family philanthropy at Butler, has been the primary contact between Sigma Gamma Rho and Butler for this occasion. Kibble said his department attempts to exemplify Butler’s values in all of its expansion efforts and that, especially now, he is looking forward to this opportunity to honor diversity in Butler’s history.

“I am excited that we are taking advantage of this occasion to tell this story …” Kibble said. “Especially at this moment in time, this is a great legacy and an important part of history.”

Kibble said he thinks every Butler community member should be excited and proud that Butler is taking an active role in celebrating the legacy of this sorority.

Michaela Ivory, senior anthropology major, president and only active member of the Alpha chapter on Butler’s campus, said although she appreciates the gesture, she is unsure of the significance of the degrees, as these women already have college degrees.

“I’m not sure who initiated this idea,” Ivory said. “I don’t think it’s a bad idea. I just don’t know what it’s supposed to do posthumously.”

While unsure of the impact the degrees will have, Ivory thinks the commencement could help shed light on the sorority.

“The fact that we were founded here at Butler University, and that not a lot of people today know that, outside of the Divine Nine, or the national Panhellenic Council, is concerning to me,” Ivory said.

Kaylee TenBarge, a junior physics and mechanical engineering major, said she had been previously unaware of Sigma Gamma Rho and the fact that it was founded at Butler.

“I didn’t really know what [Sigma Gamma Rho] was until I got here,” TenBarge said. “So as for awareness, I don’t know if [the honorary degrees] will help the issue.”

The awarding of these posthumous Doctorates of Humane Letters is following the bestowment of the inaugural Ovid Butler Founder’s Award to Sigma Gamma Rho International, Inc. This award has been created to honor people that embody Butler’s core values — including diversity, equity and inclusion.

Kibble said the plan is to have someone from the sorority headquarters come to receive the degrees on behalf of the seven founders. The representative will be given the opportunity to give brief remarks.

Ivory is interested in attending the commencement ceremony if possible to see this honor bestowed on the Sigma Gamma Rho founders.

Kibble said the commencement ceremony is a good opportunity to honor the founders and the history they made.

“Especially at this moment in time, it is a feather in our cap …” Kibble said. “This is a great legacy and an important part of history that Butler played. I’m really thrilled that we’re using these opportunities to celebrate the fact that this, it all started here, it all started at our university.”

Ivory said she hopes the honorary degrees will not only spread information about the founding of Sigma Gamma Rho, but also encourage students, as well as alumni and students at the graduate level, to pursue membership.

“However, it would take them learning more about Sigma Gamma Rho, in general, to even do that,” Ivory said. “I don’t really think that the awarding of these posthumous degrees will be the catalyst for someone pursuing membership, but it could be a good start.”

The distribution of these degrees will occur at the Butler University Degree Conferral Ceremony on May 6 at Hinkle Fieldhouse. Readers can visit Sigma Gamma Rho’s centennial website to see a more detailed list of the centennial celebrations through the end of 2022.