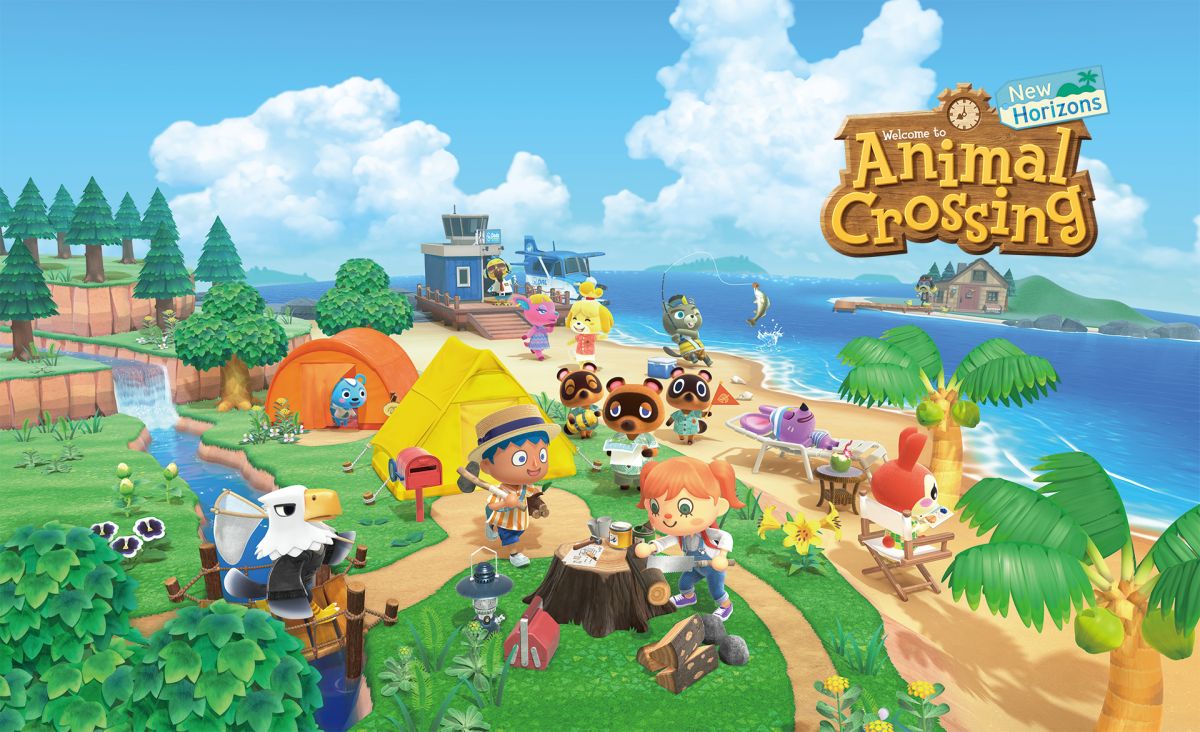 March 20 marked the two-year anniversary of the release of “Animal Crossing: New Horizons”. Made by Nintendo and released exclusively on the Nintendo Switch, the game was an instant hit. With its quirky characters and daily gameplay loop, the game has sold 37.6 million copies, was the third best-selling game of 2020 and is currently the Switch’s second best-selling game.

But looking back, what made “Animal Crossing: New Horizons” such a massive success?

The game revolves around the player taking control of a villager, who bought Tom Nook’s Deserted Island Getaway Package. You are then tasked with creating a bustling island, full of decoration, public works, gardens and even a museum with a coffee shop. The villagers must also travel to other deserted islands to find animal residents to cohabitate with on their island.

The gameplay loop revolves around daily tasks like crafting items and picking up weeds. Players can complete the museum with bugs, fish fossils and art. Holidays like New Years, Halloween and the December festival of Toy Day are also celebrated throughout the year.

This gameplay loop is unique to every player. Adrian Prather, a senior double major of critical communications and media studies and race, gender and sexuality studies, said the game offers a variety of ways to play.

“[‘Animal Crossing’] is pretty laid back,” Prather said. “If you want a more immersive experience, you can get that. It’s a pretty adaptable game to however you want to play it. You can play it slow and methodical, or just go buck wild.”

The Animal Crossing series cultivated a cult following since its first release on the Japanese exclusive Nintendo 64 in 2001. With releases on the Gamecube, DS, Wii, 3DS and even a playable app, the series grew in popularity. Throughout the years, the series has grown to become one of Nintendo’s flagship series. Anna Marcou, a junior creative writing and critical communications and media studies double major, loves the series for a multitude of reasons, including the art style and design.

“It’s so customizable,”  Marcou said. “I love how [sandbox-like] it is. You can just create your own little diorama, a perfect little replica of whatever you want. I also love the art direction for the game … It just always brings me to a comfortable place.”

The gameplay also occurs in real time and is based on the Switch’s built-in clock. Marcou believes this helps the game stand out amongst other Switch titles.

“The game is designed around being in real time,” Marcou said. “It gets almost like more scary to pick up after you’ve left it for a while because you don’t know what’s happened with your town … It’s the only game I played that’s like that where it feels like time has passed once you pick it up again. That’s something really charming about it.”

Finn Williams, a sophomore psychology and religion double major, has been following the series for a long time and grew up with it.

“I’ve been playing the game for a really long time,” Williams said.  For me, it’s kind of therapeutic and cathartic being able to keep playing it. It makes me feel like a kid again.”

When “New Horizons” hit store shelves, it could not have come at a better time. Initially planned for a 2019 release date, the game came out on March 20, 2020. The game, which consisted of getting away and living in a dream island where the world was yours for the taking, was released right as lockdowns swept the world and people were left with a copious amount of time and a need to seek relief. Williams felt his island in “New Horizons” provide the perfect escape over quarantine.

“It was the perfect thing at the perfect time for me,” Williams said. “With so much uncertainty, it was really nice to just talk to woodland animals, build a house, fish and stuff like that.”

Research papers conducted showed that positive interaction with the game and other players benefitted the subjects during lockdowns across the world in 2020. Aside from the scholarly articles, many players just felt happier with a game based on creating a community and taking life slowly.

While the player drop off has been significant since the initial hype surrounding the game, the game still has a large group of dedicated daily players. The game received regular free updates from 2020 to 2021, adding features like diving for sea creatures to add to the player’s collection and the peaceful Roost, a cafe built into the museum. The game’s largest update since release came this year as purchasable downloadable content with the Happy Home Paradise update, which added an overhaul to interior design, a new island to explore and create for rewards and new villagers.

The Animal Crossing series has always attracted people because of its lovable and cute characters. Though Tom Nook or Isabelle may be the series figureheads, the villagers are often the fan-favorites. For instance, Raymond, a cat villager, created an entire black market after the release of “New Horizons,” with players spending excessive amounts of both in-game and real money to have him live on their islands. Each “Animal Crossing” fan has their own personal favorite as well.

“Maple the bear [is my favorite villager],” Williams said. “Maple is the GOAT.”

Other players have favorite species of villagers. Prather said their island is decorated with sheep.

“​​I have a sheep island right now,” Prather said. “It took me a very long time, but nine out of ten of my villagers are sheep. My favorite is probably Muffy, the goth sheep.”

The non-villager characters also have their fans, like Marcou.

“I have a plant addiction,” Marcou said. “I really like Leif, the little sloth who sells plants. I wish he still had a store … I also really like Colton the horse. I like his princely vibes.”

Although Nintendo has confirmed no larger updates would be coming to “New Horizons” for the time being, fans will surely continue to find ways to explore the open-world Nintendo crafted. With the pandemic slowly getting better, it is important to remember the solace many found and still find in “Animal Crossing: New Horizons.” With the world completely changed, it is nice to know not much will change on an island with animal friends where the days seem eternal.