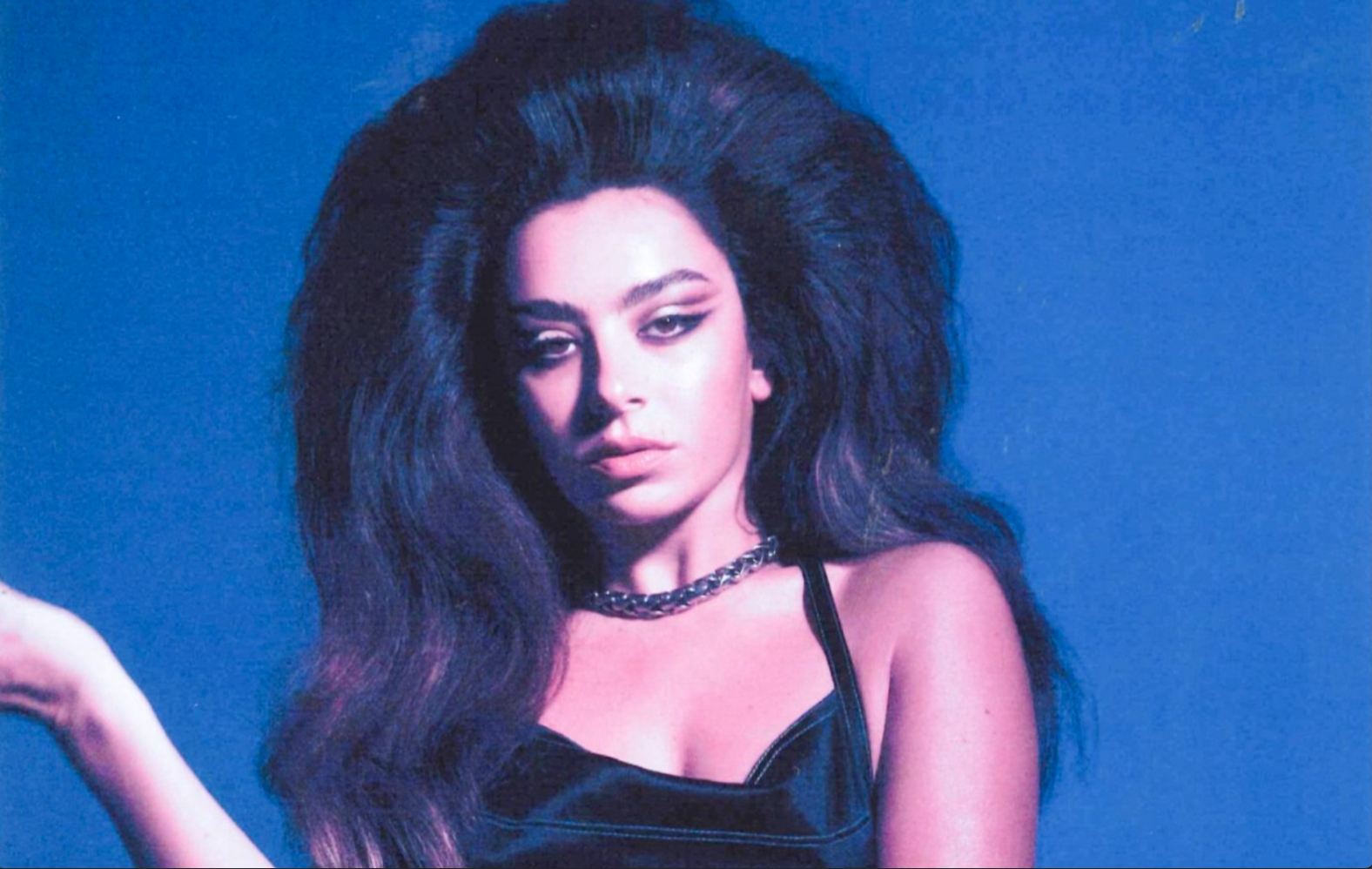 On March 18, British electronic pop artist Charli XCX released her transparent foray as an artist into today’s mainstream pop music scene. “CRASH” is Charli’s latest 12-track album surrounding the integral theme of a car crash, by way of lyrics that represent self-destructive ambition, self-referential passion and the kind of astronomic attention that a pop superstar demands. Whether Charli is truly the legend she proclaims herself to be and pop performer that the album presumes is the question of the hour as she sheds her roots in experimental electronic music in favor of retro inspired gloss-pop.

Charli’s experience as a writer and producer for pop acts such as Selena Gomez, Camilla Cabello and MØ provides the resume necessary for a successful pop record, and her persona has consistently reflected the braggadocio of an established veteran of the industry to match. The release of “CRASH” followed an extensively public rollout comprised of Charli’s social media posts and discourse among longtime fans and observers regarding the leading singles. From tweets about “the concept of selling out” to cryptic Instagram posts about the pressures of the music industry, Charli toyed with caricatures of pop legends past while memorializing herself alongside them.

In recent years Charli has established a relatively intimate bond with her fanbase, involving them in the production of her previous album “how i’m feeling now” and showing demonstrable support for the LGBTQ+ community’s presence within and support surrounding her work. Platforming trans creatives and collaborators has remained a constant in Charli’s repertoire and a hallmark of her embrace of the rich musical culture they have contributed to.

Briana Park, junior youth and community development major, appreciates this advocacy and has taken note of its role in Charli’s career.

“One thing I’ve always liked about [Charli XCX] is that she’s so embracing of different people and especially the LGBTQ community,” Park said. “That’s such a standout of her hardcore fan base, and I love seeing popular artists embrace that. I feel like a lot of [artists] tend to avoid that because they’re afraid of alienating other fans, but she doesn’t care; I think it’s just really refreshing.”

Such a distinct departure from Charli’s past credits in edgy electronic music verging on hyperpop drew criticism and considerable amounts of doubt from the general public, primarily prompted by the singles that preceded the record. “Good Ones,” “Baby” and “Beg For You” were juggernaut pop pieces about paramours complemented by dramatic story-led music videos. “New Shapes” and “Every Rule” slowed the tempo with retro influences and lyrics about ill-fated relationships; the surplus of content combined with the number of singles and varying sonic signatures was enough to set a bold precedent for a new era within “CRASH.”

Liam Moore, a first-year critical communications and media studies major, feels many of the singles released before the album failed to set high expectations for the project.

“I didn’t think [the album] was gonna be very good, since none of the [singles] really stuck out,” Moore said.

The general consensus surrounding the album is that it knowingly aspires to reach commercial success of artists such as Janet Jackson and Dua Lipa, but falls short due to the dead weight of a bloated tracklist. The story “CRASH” tells from front to back is one of a supernova explosion, one that matches Charli’s level of confidence in her past and present work — see the near messianic reflections upon her life and successes within “Twice”: “When I let go / Let my body ascend.” The standout tracks on the record meet these expectations while others fade into the noise of the current pop landscape.

Charli does succeed in merging her production style and expert pen in order to craft tight tracks with a clear theme, falling in step with her pop contemporaries. The 80s synth that builds an atmosphere around many tracks is not amiss in popular current releases such as “Dawn FM” by The Weeknd, and the thumping bass of 70s inspired disco-pop a la “Say So” by Doja Cat is present on some of the brighter tracks.

The highlights of the album effectively blend the electropop elements of Charli’s previous projects with the facets of mainstream pop music. Tracks such as “Good Ones,” “Yuck,” and “Move Me” maintain the synth-saturated sounds and vocal distortions that have made Charli’s past work stand out while integrating the 80s pop influences that distinguish this album from her prior projects.

For Park, “Lightning” effectively refers to the brash hyperpop of “how i’m feeling now” while still standing as a cohesive portion of “CRASH.”

“Lightning,” is immersed in the influences of electropop artists like A.G. Cook and SOPHIE, to whom the album was dedicated, demonstrating that Charli has the expertise to merge creations that are sonically unique with the resurgence of 80s pop influences in contemporary music. This expertise is a result of years of commercially and critically acclaimed collaborations with contemporaries within and outside of Charli’s artistic niche.

“Beg For You,” featuring contemporary pop rock newcomer Rina Sawayama, was one such highly anticipated collaboration that underperformed. Charli’s past collaborations with artists such as cupcakKe, Troye Sivan and Lizzo have allowed each artist to shine in their respective verses, whereas Charli’s performance on “Beg For You” leaves much to be desired in contrast to that of Sawayama. According to Gansey Petroff, a junior classics major, the song failed to meet their expectations with the exception of Sawayama’s feature.

While Moore enjoyed “Beg for You,” singles such as “Every Rule” and “Baby” neglected to provide a positive precedent for the album in his eyes.

“I didn’t like ‘Every Rule,’” Moore said. “The first time I heard it [my roommate] and I … both said, ‘Oh, this is boring.” [Additionally,] ‘Baby’ is just the most ridiculous, weird thing I’ve heard in my entire life, and I couldn’t deal with it.”

According to Moore, the album sinks deeper into the depths of mediocrity with a series of sonic missteps that either lack a final element to seal the song’s fate as pop perfection, or overcompensate in the realms of production. Where the best songs on this album immaculately blend the signature elements of Charli’s past projects with mainstream pop perfection, others are unable to meet the album’s ambitions.

Though this new direction proved successful for Charli in that she has achieved newfound critical recognition for her pop prowess, it invites further debate about the costs of forming a reimagined persona to promote it and increase distance from her past endeavors. In alienating past fans and attracting new ones under hesitantly temporary premises, Charli has taken risks for the sake of “CRASH;” what remains to be seen is if the debris was worth the wreck.