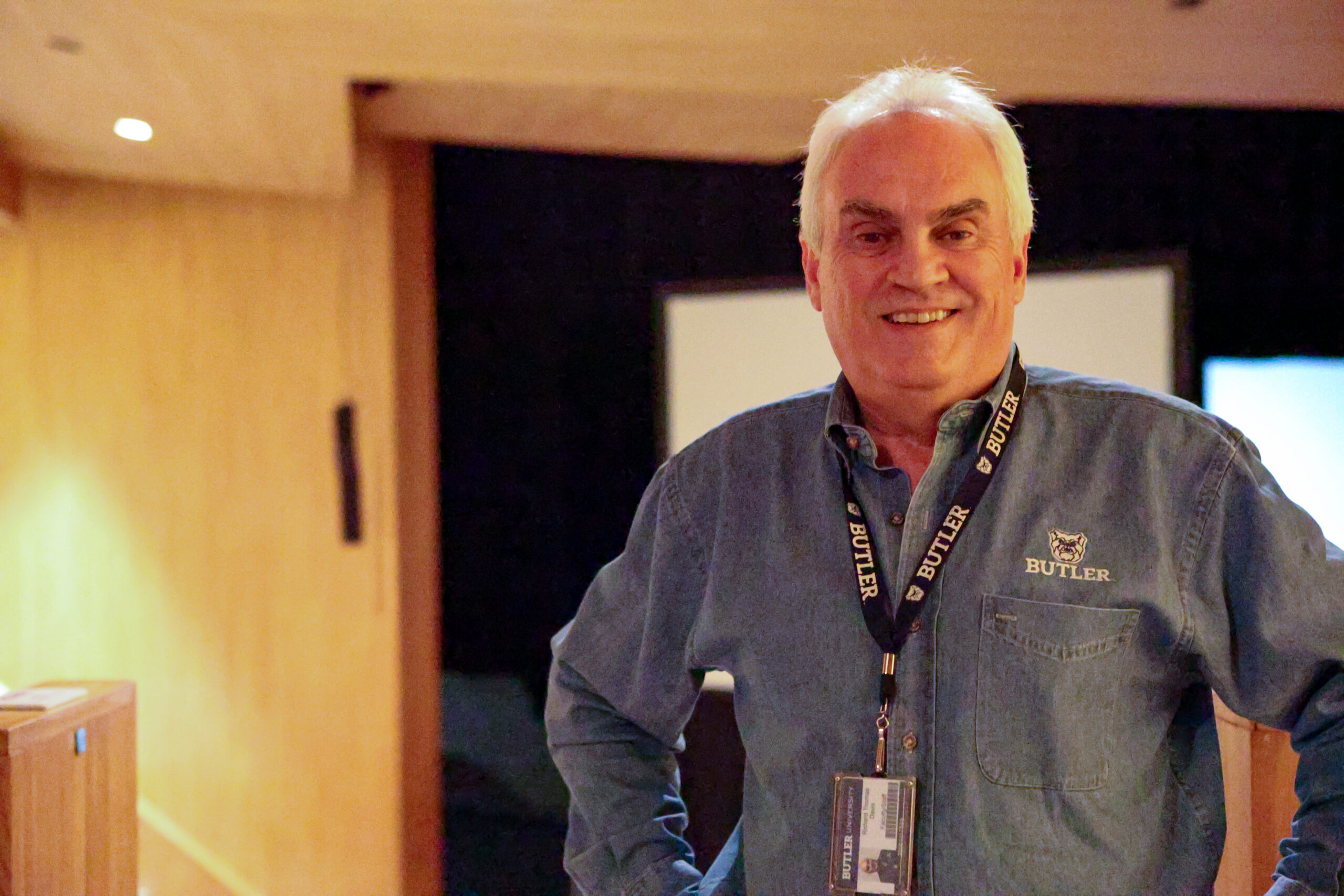 Dick Davis stands inside Shelton Auditorium in CTS on Butler’s Campus, both where he works as the manager of CTS and Preventive Maintenance and where he performed as a theatre student. Photo by Claire Runkel.

From the storage room to the stage, Dick Davis has displayed his commitment to Butler University during his time on campus. Davis is both manager of preventative maintenance within the Operations Division and a non-traditional student — a student who is interested in taking undergraduate coursework for academic credit but is not seeking a degree — enrolled in theatre courses. Davis performed most recently in “Pippin,” in the role of Charlemagne, and he has fostered a connection with the Jordan College of the Arts as he takes on a minimal course load to accommodate his work schedule on campus.

THE BUTLER COLLEGIAN: You mentioned that you’re a non-traditional student and an employee here at Butler. How has balancing those commitments impacted you personally?

DICK DAVIS: It’s been somewhat difficult, but it’s not too terribly hard since I really just take one class a semester. Thankfully, I have great bosses who say, “Just swap your time [at work] or adjust your time for whatever the class is,” so they’re very supportive of that. I like to stay over whatever that time is and make that time up during the week, every day. I would also encourage other people to consider doing what I’ve done. It’s been a great experience for me, and hopefully it might be convenient as well.

TBC: Can you explain a bit of your journey to Butler, and your journey since you’ve been here as a student and an employee?

DD: Well, actually way back in 1985, I took classes here. After I worked for [my previous employer] for a number of years, I came down here to work at the Christian Theological Seminary for 14 years. Butler purchased this campus and brought me over, so I’ve taken on and off classes since 1985. There is a huge gap there [between my 14 years at CTS and Butler’s acquisition]: I was raising my kids and taking care of my parents in their final years.

TBC: What makes Butler distinctive to you?

DD: I think it’s really cool that we can have a campus here in Indianapolis that rivals some of the bigger cities like Chicago and New York. I would compare the offerings; they’re very similar to those [cities] as equals.

TBC: What is your favorite spot on campus?

DD: Being in the operations department, if I have classes a little bit later in the evening I’ll just jump into the mechanical room and do some studying … It kind of ties to the [experience of] non-traditional students, so that’s kind of it for me.

TBC: What is one of your favorite memories within your time at Butler?

DD: I think by far [performing in] Pippin, recently just a few weeks ago in February. I had a great experience. I was kind of hesitant to try out for shows, and now that I’ve done it, it was just a great overall experience.

TBC: How has your experience been with the theatre department, and how have you found ways to connect as a non-traditional student?

TBC: If you could describe Butler in one word or phrase, what would that be?

DD: “Comfortable,” or “welcoming.” That’s two words, but it feels good for me.