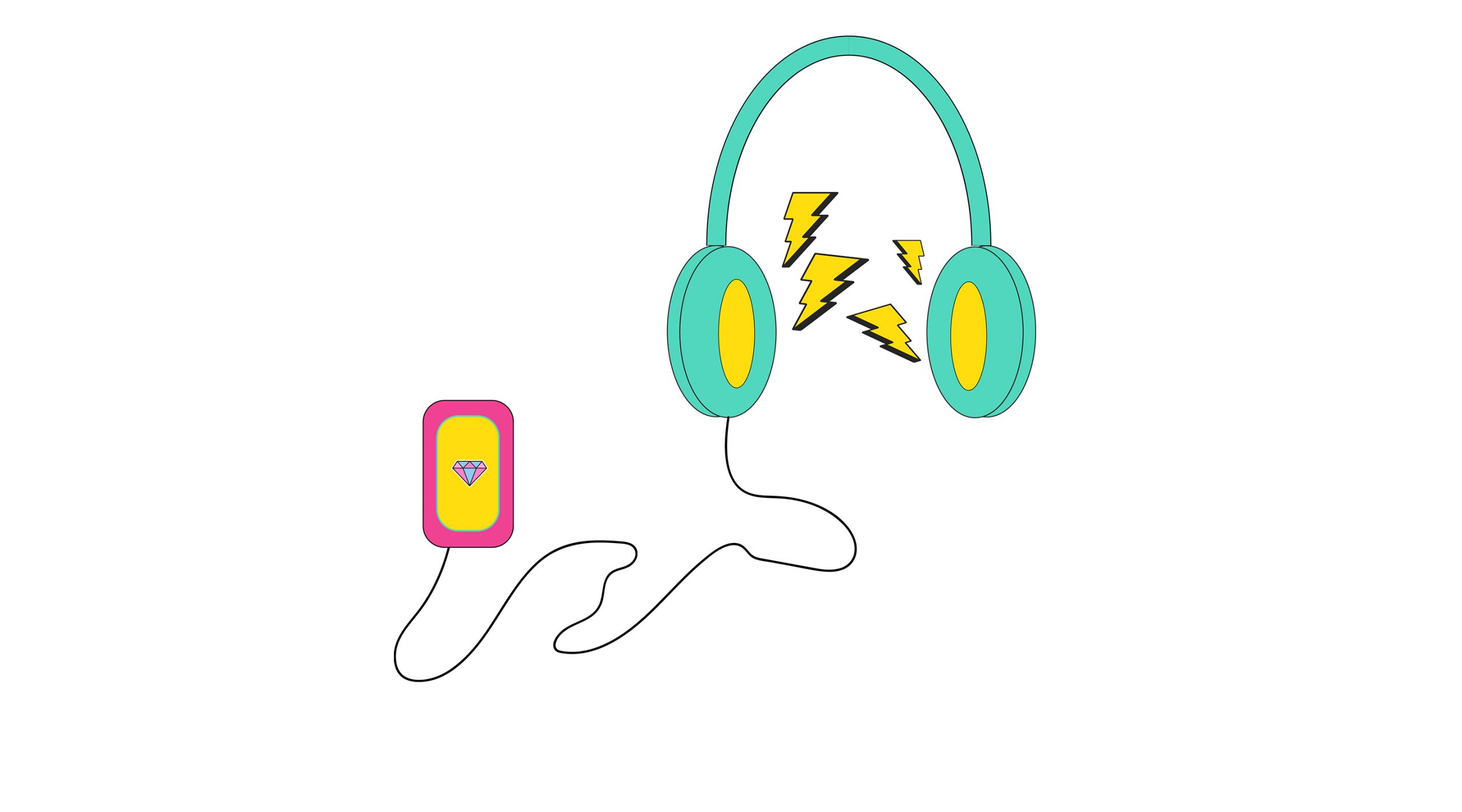 Whether commuting to work or studying for a class, podcasts have wormed their way into everyday life. The advent of streaming services like Spotify and Apple Podcasts has made podcasts more popular than ever, with 90 million Americans listening to a podcast monthly in 2019.

Less than two decades old, the word “podcast” was coined back in 2004 by journalist Ben Hammersley as a combination of “iPod” and “broadcast.” The novel accessibility of that time’s technology — online blogs, audio production software and portable music players — helped these internet audio blogs gain traction. It was the New Oxford American Dictionary word of the year in 2005, and even then-U.S. President George W. Bush had a podcast.

From improv to movie commentary to real-gritty-life, the culture section has gathered six podcasts spanning a variety of genres to suit a variety of tastes.

“Off Book: The Improvised Musical” by Jessica McKenna and Zach Reino

A Broadway musical can take years to be released, but McKenna and Reino improvise a new one for each episode in their podcast “Off Book: The Improvised Musical.” With a background in theatre and improv comedy, the duo — accompanied by Scott Passarella on piano and a new guest cast member each week — performs a completely original musical right on the spot.

Listen to “Off Book: The Improvised Musical” on Spotify, Apple Podcasts or Stitcher for guaranteed laughs all to the boppy energy of showtunes.

Cheng, Wu and Wang discuss experiences of the real-life, Asian American millennial woman in their weekly podcast. The podcast’s name is a tongue-in-cheek, feminist play off of the “ABG” or “Asian babygirl” stereotype — a conventionally sexy Asian American woman with ever-glamorous makeup and a penchant for clubbing. While Asian Americans are notably missing from American media, the trio speak on a wide range of topics: work-life balance, Asian-Western holiday fusions, sexual health, features with other Asian American figures and much more.

“The Rewatchabes” by The Ringer

Each week, Bill Simmons of The Ringer is joined by a roundtable to discuss movies they can’t stop rewatching. The episodes focus on one movie each and go through the individual performances, most rewatchable scenes, who “won” the money and many more fun categories. They review everything from “The Godfather” to “Mamma Mia.” You can depend on funny yet insightful commentary with this podcast.

“The Rewatchables” is available on Spotify, Apple Podcasts, Stitcher and The Ringer.

Fall in love with “Soft Voice” because of its star-studded cast from the realms of British drama entertainment, but follow through for the immersive fiction narrative and sound mixing that will convince you to finish the single-order season. “Soft Voice” follows a twenty-something woman with all aspects of her life skyrocketing by societal standards; the only thing more secure and accomplished than her real estate job is her boyfriend. When the secret to her success — a demure yet demanding inner voice that instructs the protagonist throughout her day to maximize achievement — evades her and is replaced by way of an evil twin, she must rediscover herself and shape a life worth living. If you’re a fan of day-in-the-life media that examines mental health in an age of compulsive productivity — or just a fan of English actress Olivia Cooke — this podcast is the one for you.

“Soft Voice” can be streamed on Spotify or Apple Podcasts.

This podcast is another fictional narrative, but it remains much more grounded in real-life mystery with just the right amount of conspiracy. When a commercial flight vanishes into thin air, the abandoned sister of one of the passengers must reckon with loss and lack of answers. Kaitlin Le — played by Kelly Marie Tran in an exceptional display of voice acting — navigates a world of uncertainty while trying to remain grounded in her previous responsibilities as a student and daughter. As cover-ups and conflicts unfold before her, Kaitlin embarks to uncover an international accident piece-by-piece.

“Passenger List” can be streamed on Spotify or Apple Podcasts.

New York comedians and best friends Cat Cohen and Pat Regan discuss all things “boys, sex, f***ing, dating, and love” on their laidback weekly podcast “Seek Treatment.” The pair of boy-crazy millennials spend each episode talking about anything and everything going on in their personal lives and asking a variety of guests searing questions, such as “Who’s your crush of the week?” and “Do you feel hot today?”

Many interviewees are the duo’s friends in the New York alt-comedy scene, like SNL star Bowen Yang — whose laugh-out-loud podcast “Las Culturistas” with Matt Rogers is also definitely worth checking out — but the show has also featured celebrities like RuPaul’s Drag Race alum Jan Sport and Olympic figure skater Adam Rippon. The hilarious hosts aren’t afraid to shy away from serious topics like eating disorders and mental illness, but they always keep things energetic and comfortable with kooky bits and ridiculous slang that you’ll start inadvertently using yourself after only a few episodes. Check out “Seek Treatment,” and Cat and Pat will become your crushes of the week every week.

Listen to “Seek Treatment” on Spotify or Apple Music.

Whether you are a film buff, a literary fiend, a Broadway enthusiast or anything else: happy listening!