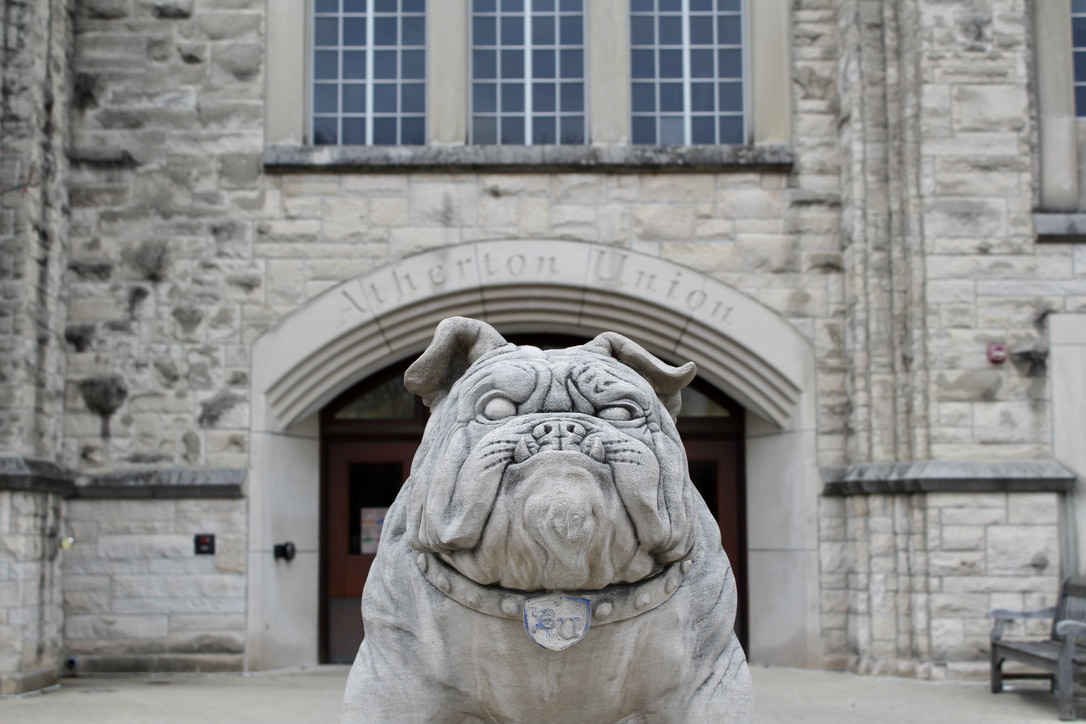 In 1976, then-President Gerald Ford decreed Black History Month a national observance. More than 45 years later, the month of February is still a time where Americans can celebrate and learn more about the Black individuals who helped shape our country, and those who are making a difference today.

The Butler Collegian interviewed 13 Black professors who have made an impact on their students and campus as a whole. Their contributions to the university are worthy of recognition this month and every month.

We asked the following questions:

What is it like to be a Black person in your field?

What advice would you give to your younger self?

What or who inspired you to be in the job position you are in today?

What is your greatest achievement?

What is it like to be a person of color at Butler, a predominantly white institution?

“I think that’s one of the things that makes America great is the fact that we are such a melting pot of different cultures. And I think one of the things that I would love to see is a more diverse Butler and a Butler where everybody feels like they’re loved, where they belong. And so for me, every day when I come to work, making sure that I’m a part of the solution and not a part of the problem. Making sure that my door stays open and that I am a person that’s really fostering belonging and inclusion is something that I strive for each and every day, and I’m grateful for that opportunity.”

“Neither of my parents had gone to college when I finished [my PHD] … and so I think about sort of family and legacy, and I think about my ancestors, right, who were enslaved in South Carolina and Georgia. But sort of thinking about their legacy and, you know, the generations aren’t that many in between us. But just trying to think about what they went through and sort of the trials and the challenges and hopefully that somehow … if they were able to see me they would be proud of that … I think about them and what their lives were like and where I’m at and I hope that they recognize it or they somehow see it.”

“To my younger self, I would definitely say, be brave, take risks. Don’t be afraid to try new things, and explore areas of the field that could become lucrative or advantageous for you.”

“Melina Fox, one of the two descendants of Ovid Butler, who I have met told me when I met her that I was ‘Ovid’s dream’, and that meant a lot to me. I can’t speak of the collective ‘person of color,’ experience, but for me being the first Black woman to achieve the rank of full professor at an institution founded by an abolitionist in 1855 carries quite a bit of responsibility that I take very seriously. If the intent from the founding was for Butler to be an institution open to all for learning then the only path forward is for it to be fully reflective of an ever increasingly-diverse community in a real and meaningful way. To be a Black woman at Butler is to cultivate and model the tradition of Black intellectual thought and action for all students in order for them to learn that lesson of worthiness in all places and spaces. Whether or not they are in a space of majority or minority they can define their own path and they can find a community that will strengthen their capacity to thrive. One of my favorite quotes is from Eleanor Roosevelt who stated, ‘No one can make you feel inferior without your consent.’ People who try only demonstrate to me that I must have it going on.”

“Even though Butler was created by an abolitionist, I think that it still was like the context, it was surrounded by, like most institutions, white supremacist and patriarchal and it’s shifting away and trying to change but there’s still elements of that still there. I’d also say that it’s unfortunate that when I went to college in the early 90s, it feels like there were a higher percentage of students of color … than there have been in the recent past at Butler and I know it’s not because the students are not qualified.”

Chair of the finance department and associate professor of finance

“I’m originally from the Caribbean island of St. Lucia. I think being from an island, we think we are actually more laid back, but we tend to go after what we want … I always knew I could be whatever I wanted to be. Maybe that’s the difference of growing up in the Caribbean as a Black person. We truly believe that we could be what we’d love to be, so I think growing up down there really instilled that in me like I could be anything I want to be and I could do anything I want to do. So that really goes a long way in your confidence.”

“One of the things I actually love about Butler is that, yes you can see that there is a lack of diversity, but everyone is so open-minded. It’s a very relaxed place to work, a very relaxed community to work in and even though some people have different opinions and such, I feel like my opinion is always valued whether people agree or not. And that’s one of the things that I actually love about Butler … I feel like Butler is taking the right steps and listening where they should be listening.”

“My advice to my younger self would be to know your worth and believe that you were born to be exactly how you are, and that is good enough. My younger self inspired me to be in the position I am in today. Reflecting on my experiences as a child, and not seeing myself represented in PWIs, I wanted to be the face, the voice and the change I needed as a child for the next generation. My greatest achievement is realizing I had the power within me to make wonderful things happen.”

“I think, historically, people of color have not really pursued careers in classical ballet. There are obviously places and moments where you had a spattering, but it hasn’t been widespread. Where I grew up, funny enough, I grew up in a school in Washington D.C. that was all Black. And I shared with someone recently that I never really saw white ballet dancers until I came to Butler, just because that’s how I grew up and that’s how I thought it was. But I was really attuned. My teacher made me very aware that I had a responsibility to work hard and be the best that I could, as a representative from the Black community. And although I think that’s a lot of pressure, when you grow up in a world that views people of color in a certain way, you learn that you have to really present and conduct yourself in a certain way. So I accepted the challenge and really found my way without a lot of difficulty.”

“I do sometimes feel like I am constantly having to explain myself in certain things that I am saying. I feel like I have to sometimes, with certain people, advocate a lot more for the importance of representation and DEI, and I don’t know if they realize that directly impacts you, because if they aren’t seeing the importance of DEI or representation, then what do they think about you being there. I will say that sometimes … to be a Black person on Butler’s campus …  you just deal with a little bit of emotional fatigue because it seems like you are always advocating and sometimes the wins and the progress are minimal, and you have to squint to really see what progress you have made. But at the same time … there are some people there that really do support all of their colleagues no matter their race or identity.”

“Actually, I don’t see my profession through the lens of color. I do what I do because of the ability and opportunity which I have been graciously endowed with. However, that does not mean there are no challenges. Battling the stereotypes and misconceptions is an ongoing challenge. Some can’t get past it. This is disappointing and it hurts sometimes.”

“I would say that Butler is a PWI. It feels very much like a space that’s dominated by perspectives, from your centric, white perspective. And so just looking around campus, I rarely see students that look like me or hardly see professors that look like me. And so it’s a challenge in a way, not necessarily in terms of me acclimating to the culture and to the environment because I’ve done this for my whole entire life. I’ve always been like one of two Black students in the class. I took honors classes, and there just wasn’t a lot of us in these classes so I’m kind of used to it.”