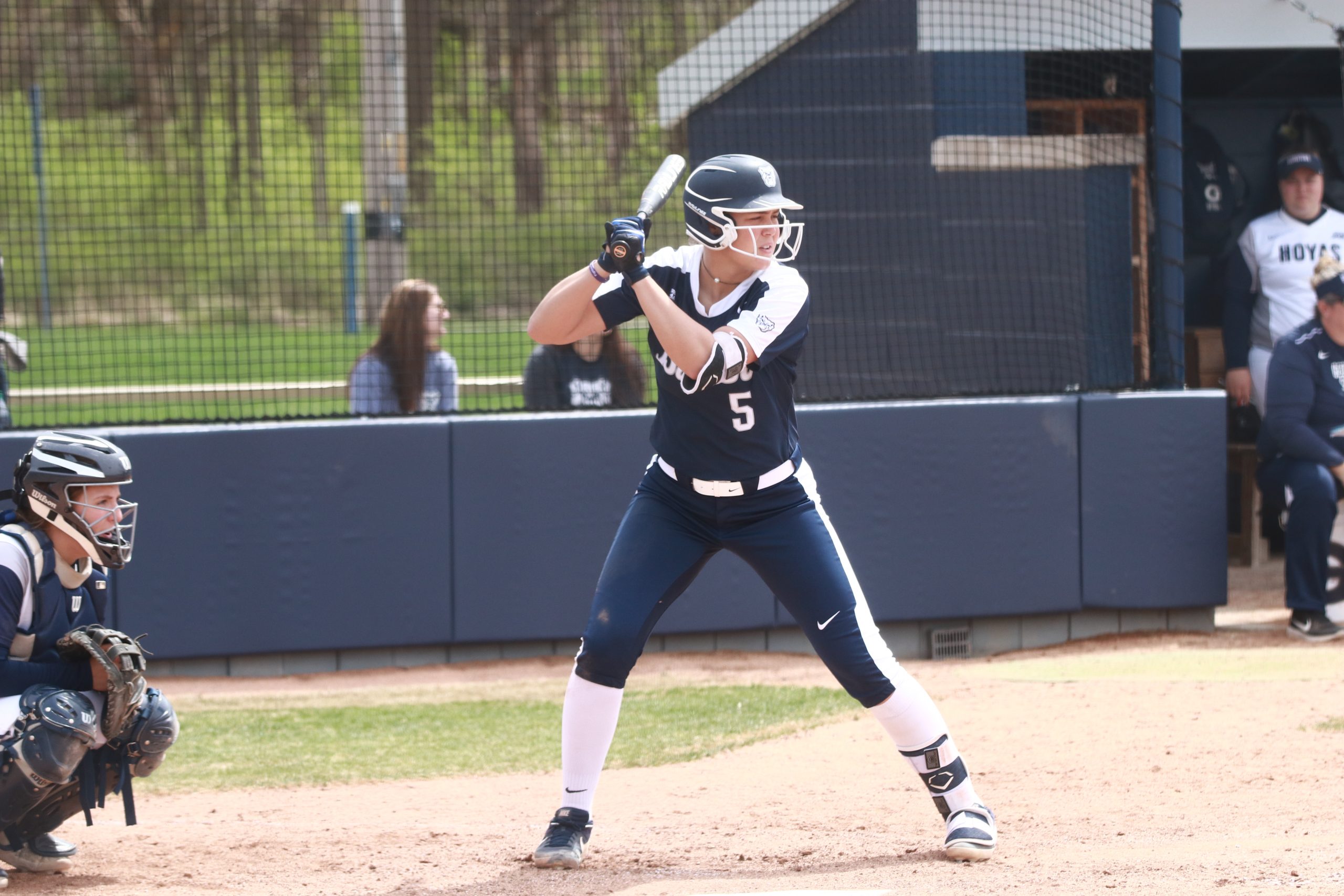 After searching for an identity in 2021, the Butler softball team will begin their season on Feb. 10 with several experienced players ready to lead the team. Last season, the Bulldogs finished with a 17-21-1 record overall and placed fifth among Big East teams. It was their first season back after COVID-19 took away the 2020 stretch.

Scott Hall is entering his 12th season as the Bulldog’s head coach. Hall led the team to arguably its best season in program history in 2016, when they advanced to the NCAA Tournament for the first time after winning the Big East title. Over his years at Butler, Hall has learned the secret to managing the grind of the season.

“Enjoy it,” Hall said. “It can be a long season if you let it. So, focus on helping these girls accomplish what they want to accomplish, have fun with it.”

One of those goals the team aims to accomplish is improving their hitting. Last year, the Bulldogs finished second to last in the Big East in hitting with a batting average of .212. This time around, the team will look to their new freshmen additions of Ella White, Sydney Carter, Ellie Boyer and pitcher Kayla Noerr to help boost the offense.

“I think our offensive production has really got to pick up for us,” Hall said. “We’re excited to see what our offense can do.”

On the opposite side of the field, their defense and pitching has fared much better. The Dawgs finished second in the Big East in fielding and fourth in pitching with an average ERA of 3.44. Hall expects those rankings to continue to rise.

“We are really confident with our defense even though we are a little behind due to weather and facilities,” Hall said. “Pitching is going to be what it has been the last few years, which is top-notch. So, we are excited to see what our offense can do.”

The pitching rotation had much success last season and returns key veterans to the bullpen. Graduate student Alyssa Graves returns with a great deal of experience in the circle. In her fourth season with the Bulldogs, she finished with a 2.71 ERA — the lowest on the team.

With many core members of the roster still in place, leadership is a big emphasis both on the field and in the locker room this season. Senior pitcher Karli Ricketts and senior second baseman Lauren Fey are ready to take on that task.

Ricketts is coming off a season where she earned 2021 All-Big East first team honors. She saw significant time at both designated hitter and pitcher during the 2021 season. Last year, she had the second best ERA on the team and fourth best in the Big East with 2.80. She led the Bulldogs with nine wins on the mound, which was tied for fifth in the Big East.

Ricketts wants to emphasize communication on and off the field her senior year.

“I would say [being] vocal. Feel like I already am pretty good at being vocal, I’m talking all the time,” Ricketts said. “I think reaching out to specific people will make them want to talk and I think that’s a huge thing.”

At the plate, Ricketts led Butler with eight home runs and tied for fourth in the Big East. She also led the Bulldogs with 27 RBI’s, which tied for sixth in Big East play.

“For me as a power hitter, I go up there and I say I know I’m a big girl, if I make contact, it’s probably going to go,” Ricketts said. “I swing hard every time.”

In addition to Ricketts’ contributions at the plate, Fey led the Big East and Butler with a .433 batting average last season. She recorded the team high in hits with 52, stolen bases with 13, walks with 23 and runs scored with 24. She also led the Big East with four triples.

Fey started all 39 of Butler’s games last season. She revealed that her key to consistency — especially as the leadoff hitter — is trusting her teammates behind her in the lineup.

“I feel like relying on my team and not putting too much pressure … that’s a really big deal for me,” Fey said. “Just relying on my teammates to do the job as well gives me peace of mind and it’s just a softball game at the end of the day.”

Butler continues to prepare for their opener at the DePaul Dome Tournament where they will face five different teams from Thursday, Feb. 10 through Sunday, Feb. 13. The Bulldogs will begin their 2022 Spring Games on Feb. 18 when they face off against Ohio State in Leesburg, Florida. Big East competition will commence on March 11, when the Bulldogs travel to Villanova.