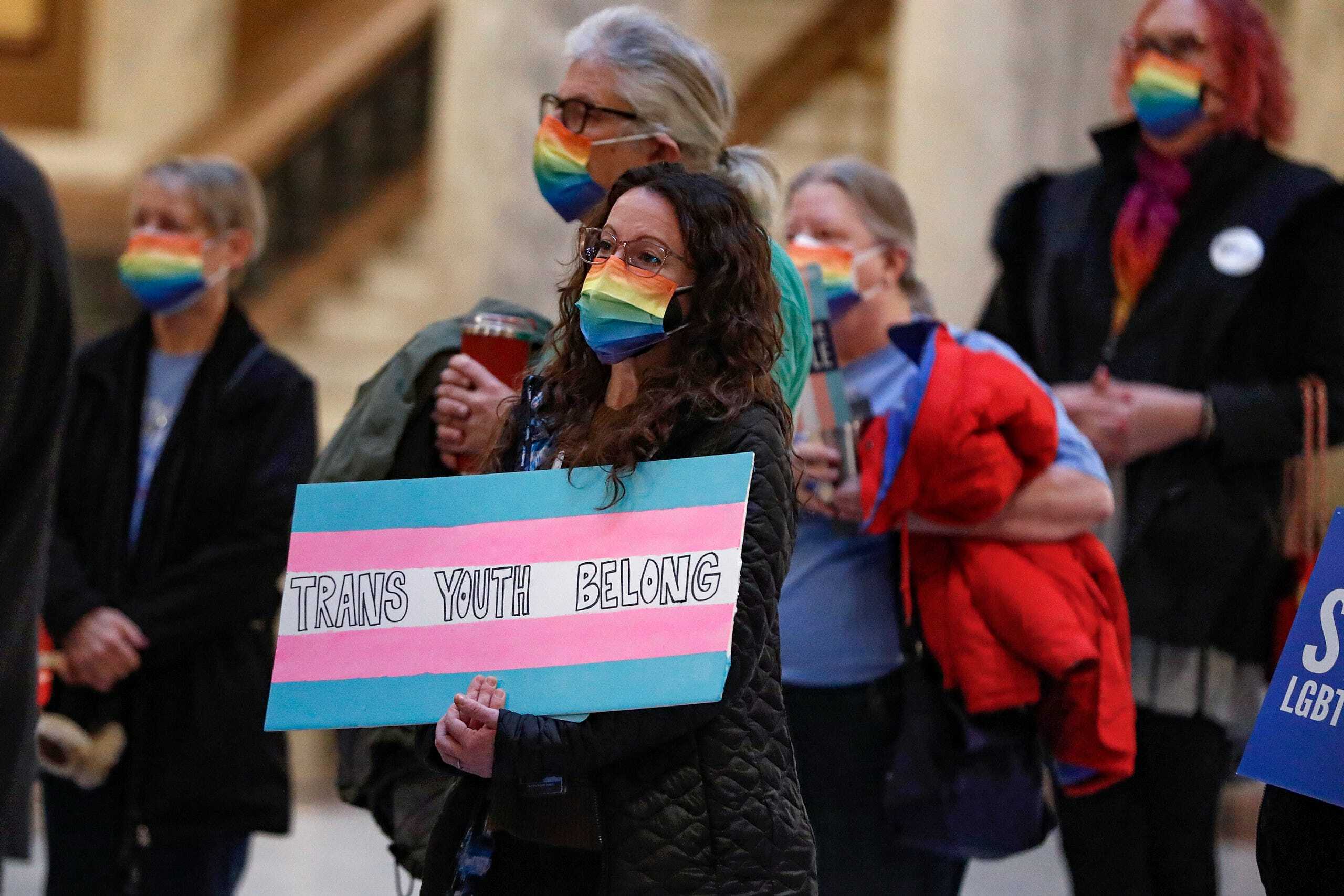 Although the bill discussed in this article specifically targets transgender women, none could be reached for comment.

On Jan. 7, 2022, the Indiana House of Representatives voted to pass House Bill 1041 and sent it to the state Senate. It passed 66-30, with all but two House Republicans and no House Democrats voting for the bill. The bill was presented to the Senate on Feb. 7 and referred to the Committee on Education and Career Development.

This bill has been rightly criticized by organizations like the American Civil Liberties Union as transparently transphobic legislation that is grounded in nothing but hatred and bigotry.

According to the IndyStar, Rep. Michelle Davis, the author of HB 1041, said the bill was drafted in the interest of creating fair competition for cisgender girls, to whom transgender girls pose a threat due to their supposed superior athletic ability.

Shayna Johnson, a junior music education major who is a transgender man, said this exclusion is based on bigotry rather than any real evidence.

“I’m mad that they’re excluding people from sports because they’re using unfounded research and saying that trans women are taking opportunities away from cis women when that’s not true,” Johnson said. “Trans women are women so if you’re saying we want to protect women, then you should let trans women play in [women’s] sports.”

By supporting this bill, House Republicans have essentially acknowledged they do not believe that transgender women are women. This should not come as a shock to anyone who is familiar with Indiana’s legislative relationship with the LGBTQIA+ community but is nonetheless morally reprehensible and villainous.

Alex Pulaski, a first-year exploratory studies major and member of the women’s soccer team, said the argument that transgender women are a threat to fair competition because they have an unfair advantage is invalid.

“You could argue that Michael Phelps has an unfair advantage in swimming just because of his wingspan or his strength,” Pulaski said. “As an athlete myself, if these things were to be concerning to anyone, it would be someone like me, but … they are women and they deserve to compete in sports just the same way I do.”

There is no conclusive evidence to show that transgender athletes have a physical advantage over cisgender athletes. So, what is the real reason that this vile bill exists?

Pulaski said that many of the legislative attacks on transgender women are rooted in misogyny.

Any rational and sane person in 2022 is aware that women do not need any sort of chauvinist, patriarchal protection, especially not from the Cretaceous caucasian men that infest our statehouse like roaches. Furthermore, our government promoting the idea that cisgender women need to be protected from transgender women is incredibly harmful, as it reinforces the misguided fear that trans women are dangerous.

Of course, the crux of this problem is rooted, like most legislative attempts to deny people their human rights are, in good-old-fashioned hate.

Natalie Carter, a senior lecturer with the English department and an affiliate faculty member of the race, gender, and sexuality studies program, said that HB 1041 is a thinly-veiled attempt to legislate hate.

“[House Bill 1041 is] completely repulsive, and it’s hate legislature,” Carter said. “It’s literally legislating hatred and bigotry and there’s a part of me that wishes if our anti-equality legislators were going to move bills like this forward, that they would just call them what they are … instead of trying to hide behind the shield of somehow protecting other students.”

As a gay man who was growing up when Indiana’s Religious Freedom Restoration Act was passed, I don’t have to imagine the psychological impact that something like this can have, especially on young people who are already grappling with the nightmares of middle and high school. Take it from me, it’s not fun.

That being said, I understand that my perspective is solely my own and I cannot speak to the experiences of transgender women. Throughout the process of writing this piece, I had hoped to be able to directly highlight the voices of transgender women because HB 1041 directly affects them, but I was unable to reach any for comment on this issue. However, the impacts that this kind of legislation could have on the mental and physical wellbeing of transgender women in this state should be clear to anyone with a shred of empathy.

Carter said that the mental health issues that transgender people already deal with, as a result of bullying, lack of acceptance and other issues, would likely be exacerbated by the passing of this bill.

“We already know that this is a group of kids who tends more toward depression, serious depression, who tends more toward self-harm,” Carter said. “If you have something like sports, which is supposed to be a way of creating teamwork, building self-esteem, building confidence, making a person feel more comfortable in their physical body, and you’re going to take that away from them … [you have to look at] the damage that these bills are really doing to the physical safety of trans kids.”

According to the Trevor Project, over half of transgender and nonbinary youth in the United States considered suicide in the year 2021. In addition to being bullied at school, transgender students now have to face bullying from the politicians that are supposed to be protecting their rights. The effect that this will have on the mental health of transgender kids should be obvious. Yet bills like HB 1041 that actively discriminate against transgender people have appeared across the country.

Carter provides some insight as to what we can do to stop bills that legislate hate, like HB 1041, in their tracks.

“Indiana is not an enormous state and the legislature is not that big so you can contact your individual state senators [and] state representatives,” Carter said. “This is the time when you need to make your voices heard.”