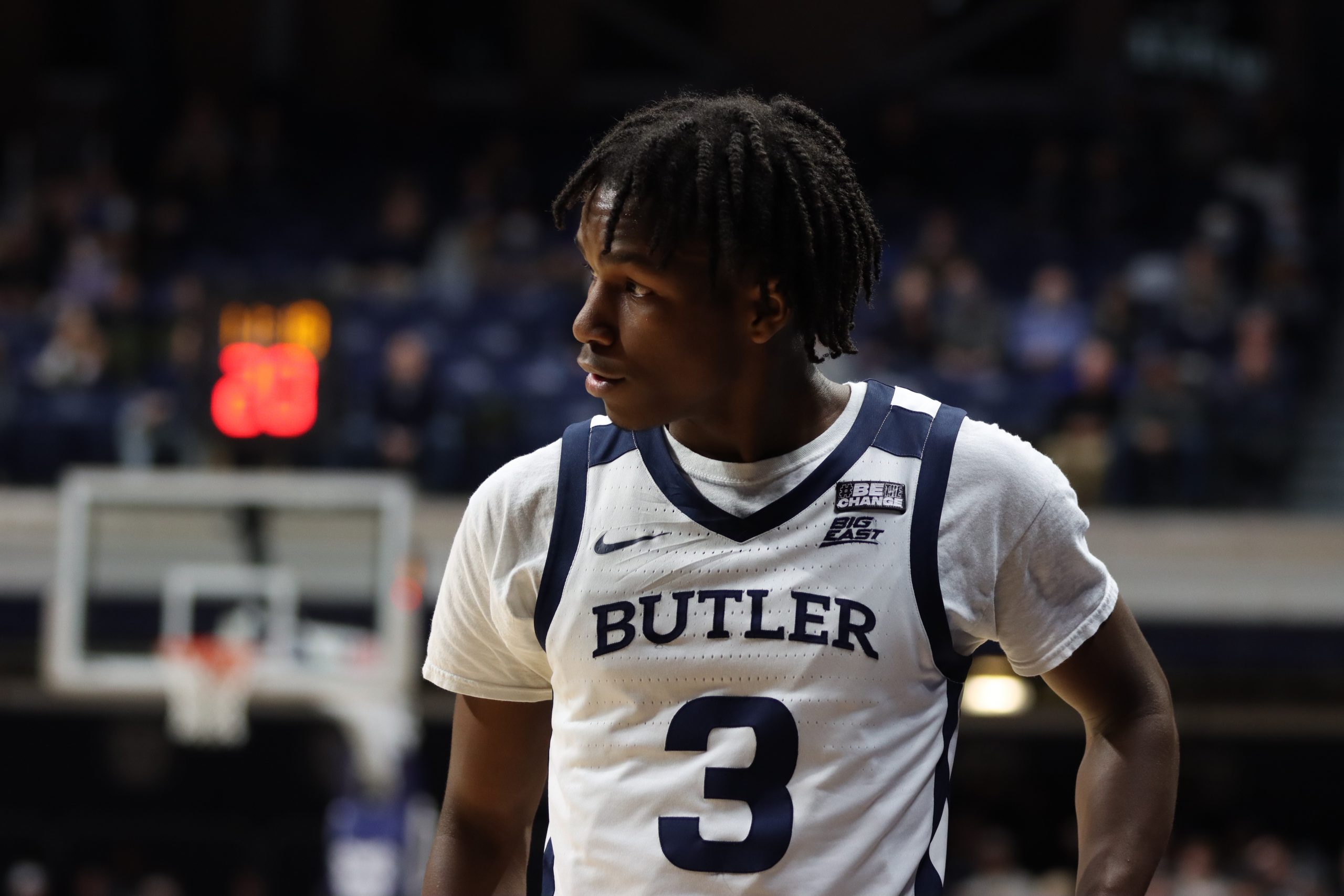 Chuck Harris walks off the floor during Butler’s 71-56 loss to Seton Hall on Tuesday, Jan 4. Harris has struggled as of late, scoring just 15 points in his last three games. Photo by Francie Wilson.

For the second time in four days, the Butler men’s basketball team will host a Top 25 conference opponent. After losing to Seton Hall on Tuesday, the Bulldogs have a chance to redeem themselves tonight versus their biggest rival, Xavier.

This will be Butler’s fifth game against a team currently ranked in the AP Top 25, but the Bulldogs are 0-4 in these games. A win over Xavier could represent a turning point for Butler, but a loss could reinforce what many Bulldogs fans are already feeling — that this current team is a level below the country’s best.

While Butler has won four out of the last six matchups, this Xavier team looks like one of the country’s best. This will be no small task for Butler to overcome, but ranked teams typically have a bit of trouble playing at Hinkle Fieldhouse.

Here is what you need to know for Butler’s third Big East game of the season.

Butler has not lost a game this season where they scored over 57 points. If you heard that stat before the season, you would think this team would be ranked easily. 57 points is not a lot of points — it is quite literally one field goal every minute and 24 seconds. However, the Bulldogs have struggled to score consistently throughout the season, and it is overshadowing their defense which is still quite good.

Butler has scored 56 or fewer six times this season, only winning one of those games against a bad IUPUI team. The Bulldogs have also only scored 70 points three times — against Troy, Central Arkansas and Division II Chaminade. Not exactly an impressive list.

The bottom line is it is hard to win basketball games — especially against top opponents — when you can’t score consistently. It doesn’t matter how many stops the defense gets if they are not rewarded with points on the other end.

The Bulldogs offensive struggles have been compounded by simultaneous shooting slumps by Chuck Harris and Jair Bolden, the team’s two most skilled scorers. However, a team that prides themselves on depth and the next man up mentality should be able to subsidize poor performances from their best players. While that has happened on occasion — see: Simas Lukosius versus DePaul — it has not happened consistently.

No one knows if the offense will continue its poor stretch, but if it does, it could be a long season.

While Butler’s offense has had its troubles so far this season, the same can not be said for Xavier. The Musketeers have only scored less than 60 twice this season, and have scored over 80 six times. The scoring has come from all over the place too. Four players average double digits, with three more chipping in over 7.5.

Xavier’s leading scorer, Nate Johnson, has been a menace from beyond the arc. He is shooting an insane 46% from three on six attempts per game, and has five games with four or more 3-pointers. Johnson can get hot in an instant, so it will be interesting to see how much Butler will try and slow him down.

Indianapolis native Paul Scruggs is always a challenge as a 6-foot-5-inch point guard, but he has not shot the ball particularly well this year. He does lead the team in assists by a mile though, so expect him to be the primary ball handler regardless of if his shot is falling.

As has been the case for this entire season, Butler’s biggest challenge will come underneath the basket with 7-footer Jack Nunge and 6-foot-9-inch Zach Freemantle. Nunge typically comes off the bench but plays as much as a starter would. He has absolutely dominated in a few games this season, including 31 versus Cincinnati and 24 against a top tier Iowa State team. Based on Butler’s struggles against bigs this season, Nunge and Freemantle could cause trouble on the interior.

An important note is this is Xavier’s first game since Dec. 21 after having two games cancelled due to COVID-19 issues in their opponent’s programs. This could mean the team is well-rested and itching to get back on the court, or it could mean they come out rusty from so much time off. The Bulldogs should prepare to pounce on Xavier early as the Musketeers try to get back in their groove.