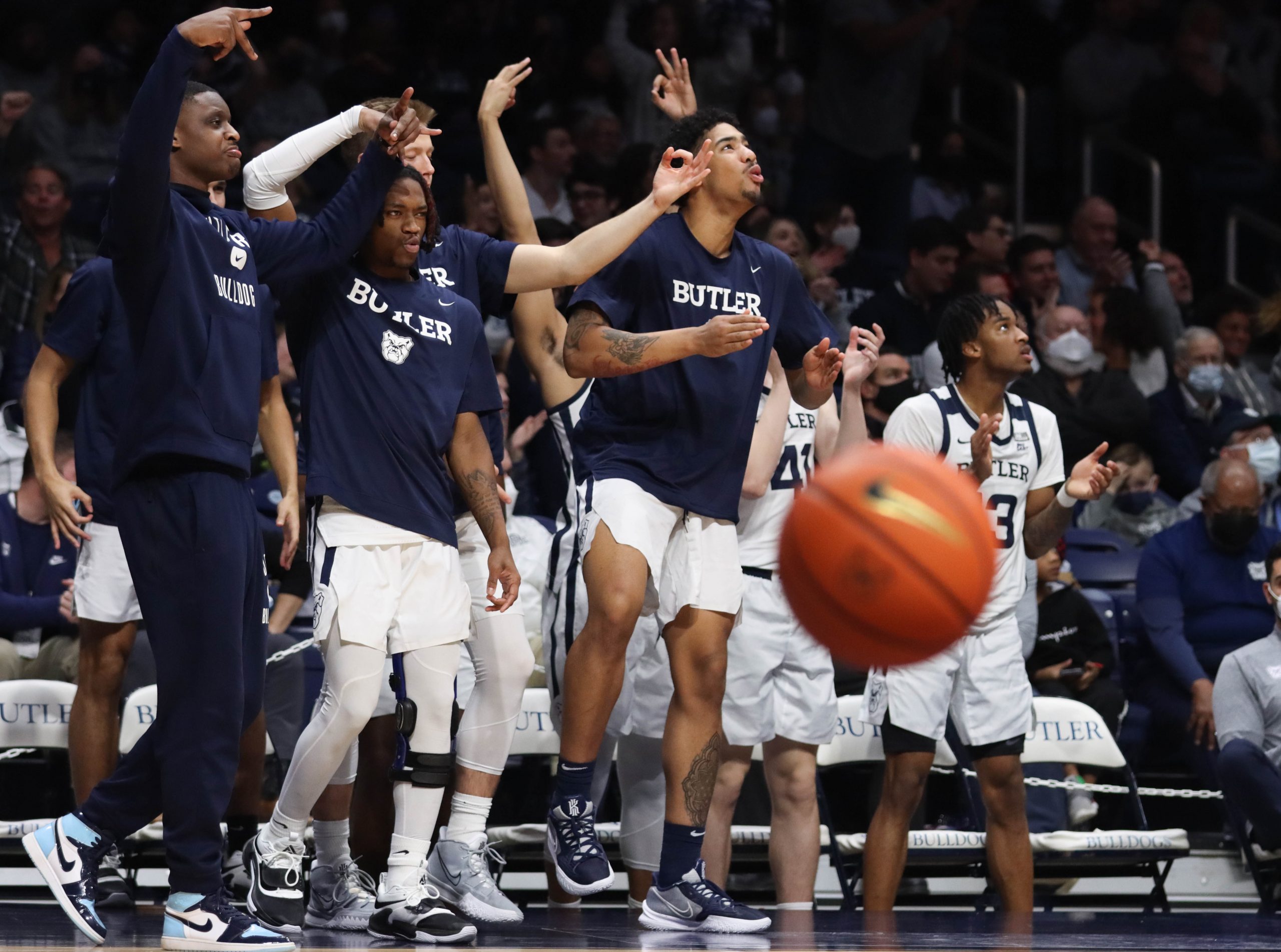 The Bulldogs are back in action this afternoon for the toughest test of the season — a date with No. 14 Villanova in Philadelphia. While the Bulldogs have had improbable success recently against the Wildcats at Hinkle Fieldhouse, Butler is just 1-7 on the road versus the three-time National Championship winning program.

While Villanova plays most of its games at Finneran Pavilion — which holds around 6,500 fans — this game will be played at the Wells Fargo Center, home of the 76ers and Flyers, which boasts a capacity of over 20,000. The atmosphere of this game will be much more hostile than Butler’s win at Georgetown in front of 4,000 fans.

Since Villanova head coach Jay Wright’s tenure began in 2001, the Wildcats have been one of the best programs in all of college basketball. Villanova has won two National Championships under Wright — 2016 and 2018 — in addition to seven Sweet 16 appearances and eight regular season Big East titles. The program has produced five first-round picks in the NBA draft since 2017.

All of that is to say, Villanova has been one of the best teams in the nation for years, and this year is no different. The Bulldogs will likely have to play a near perfect game to come away with a win, but this is college basketball. Anything can happen.

Here’s what you need to know ahead of Butler’s sixth game versus an AP Top 25 opponent.

Who: Butler at Villanova

After Bo Hodges made his season debut versus Georgetown and Ty Groce returned from COVID-19 protocols, Butler finally has its full lineup available — with the exception of D.J. Hughes who was placed in COVID-19 protocols prior to the Georgetown game. Now that Butler head coach LaVall Jordan has the full roster at his disposal, he can experiment with different lineups to find what works best for each opponent.

Hodges’ return has already been felt, as he grabbed seven rebounds in 11 minutes against the Hoyas. Hodges adds a lot of flexibility to Butler’s lineup, as he can play the four in a smaller lineup without sacrificing too much in the rebounding department or can play the two in a bigger lineup when Butler is playing teams with a lot of size. The Bulldogs have struggled against bigs this season, and while Hodges doesn’t fix the problem, he will certainly help secure more rebounds.

Hodges doesn’t necessarily help Butler’s shooting struggles, as he shot just 34% from the field and 33% from three in nine games last season. Shooting has been an issue this season for Butler, with the team ranked ninth in the conference in field goal percentage and seventh in 3-point and free throw percentage. Many of these missed field goals are coming from an inability to consistently get open looks, but much of it also comes from poor execution when players are able to get open shots.

Against Georgetown, Butler found open looks for much of the game, especially from three, but failed to execute and shot just 29% from deep. That kind of shooting performance will not be enough to win today, and Butler should not expect nearly as many good opportunities against Villanova’s elite perimeter defense.

The first win came over Oklahoma on Dec. 7, when Butler came back from down as many as 13 points in the second half to force OT and ice the game thanks to 26 Chuck Harris points. Oklahoma is currently ranked 26th in the AP Poll, making the win that much more impressive. That game is Butler’s signature win so far and may be the best the team has played all season.

The other road win came in Butler’s last game over Georgetown, when the team played it’s best 40 minutes of defense as they have all season. The Bulldogs held Georgetown’s top two leading scorers to just 12 points on 3/25 shooting.

Defense is the key to winning games away from home, and Butler has been able to defend at an elite level on the road so far. Who knows if this trend will continue against one of the top teams in the country, but the early season returns from road games have been promising.

The Wildcats are led by preseason All-American and preseason Big East Player of the Year, Collin Gillespie. The graduate student has been elite this season, averaging 17.1 points per game on 45% from the field, 39% from three and 90% from the free throw line. Gillespie is also an elite defender, even if it doesn’t always show up on the stat sheet.

Gillespie is joined in the starting lineup by three slightly undersized forwards — Jermaine Samuels, Brandon Slater and Eric Dixon — as well as 6-foot-4-inch guard, Justin Moore. These five players have started all of Villanova’s 16 games together, a rare sighting at this point in the season. These five players, along with sixth man Caleb Daniels, account for 95% of Villanova’s points this season.

Beyond Gillespie, Villanova doesn’t have any true gamebreakers, but the team does virtually everything well. The Wildcats limit turnovers, shoot the three often and efficiently, and get everyone involved in the scoring. One weakness for Villanova with no true big is rebounding. The Wildcats rank second to last in the Big East in rebounds per game, yet Butler is dead-last, averaging a whole four rebounds fewer per game.

Kenpom ranks Villanova as the seventh best team in the country, with the eighth most efficient offense and 15th most efficient defense. By nearly every metric, Villanova is a top tier team, not only in the Big East, but in the nation.

While Butler is undefeated on the road, the Wildcats have yet to lose a game at home this season. ESPN’s Basketball Power Index gives Butler just a 2.2% chance to win this game, likely the lowest number the Bulldogs will have all season. The question is, do you believe in miracles?