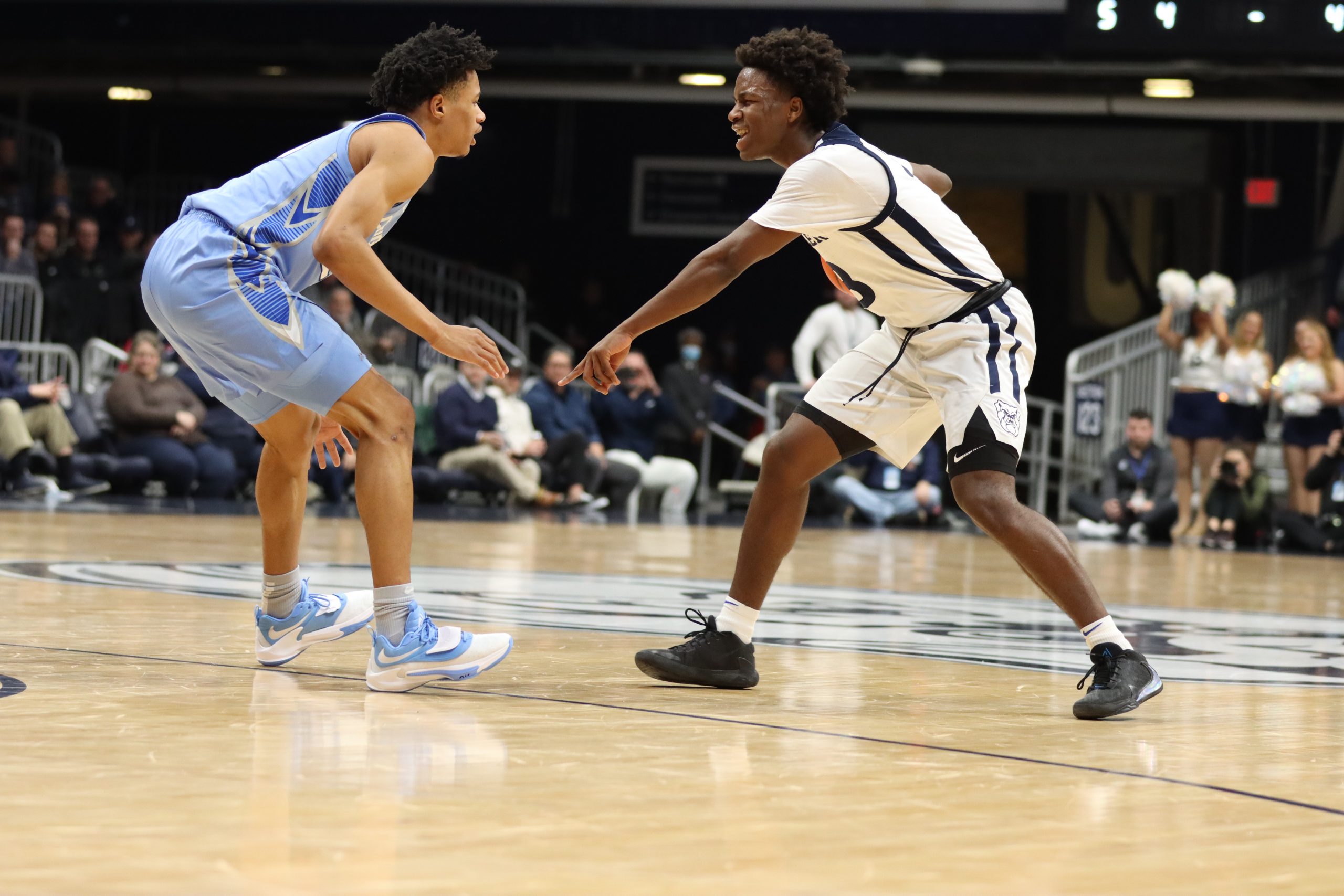 Chuck Harris calls for a pick in Butler’s win over Creighton on Jan. 26. Harris finished the game with 14 points, four rebounds and a block. Photo by Francie Wilson.

Three days after defeating Creighton at Hinkle Fieldhouse, the Butler men’s basketball team is back in action today at home versus Georgetown. The 10-10 Bulldogs are looking for the fourth Big East win of the season, while Georgetown is still searching for its first.

On Jan. 13, Butler defeated Georgetown 72-58 in D.C., fueled by 23 points from Jair Bolden. A lot has changed since that matchup on both sides, including the fact that Bolden has been removed from the starting lineup and has seen a significant minutes decrease since that game. Hoya head coach Patrick Ewing missed the first matchup but will be back on the sidelines at Hinkle.

The Bulldogs, coming off the best performance of the season, have a great opportunity to continue the momentum against the last-placed team in the conference. Butler has its easiest conference stretch of the season starting with this game, and the team must capitalize on this chance to climb back up the Big East standings.

Here’s what you need to know heading into the afternoon clash at Hinkle.

Who: Butler at Georgetown

The best performance so far

The Bulldogs win over Creighton on Wednesday was the best this team has played all season. The addition of Bo Hodges and Chuck Harris into the starting lineup has done wonders for the team, bringing much needed energy and versatility to an offense that had fallen stale in recent weeks.

Butler shot the ball well from three — a rare sight this season — hitting 10-of-27 long balls, including five in a row midway through the second half. The Bulldogs played with a sense of confidence and had great ball movement throughout the game and played arguably its best defensive performance of the season.

While the offense played well, sometimes shots don’t fall, and Butler needs to be prepared for that to happen. This is why the more promising aspect of the game was the defense, and particularly the rebounding. The Bulldogs went nine consecutive games losing the rebounding battle, but won it convincingly, 40-30, over a Creighton team that boasts a lot of size. Butler made a clear effort to clean the glass and secure offensive and defensive rebounds as a team, and the result was a win. Butler is undefeated this season when winning the rebounding battle, so winning it versus Georgetown could end in the same result.

The win over Creighton gave Butler a blueprint for success, and if followed, the Bulldogs can beat the teams they are better than — like Georgetown — and pull a few upsets down the road in a stacked Big East conference.

After winning the Big East tournament last season, Georgetown has not followed up with success. The Hoyas currently sit at 6-11 overall and 0-6 in the Big East, losing all but one conference game by double-digit points.

It wouldn’t be a “What you need to know” without referencing the GOAT Kenpom, and the Hoyas have by far the lowest rank in the Big East at No. 167, coming in five spots lower than Indiana State. While the Hoyas’ offense ranks in the top 100, the defense ranks No. 285, one of the worst among the power conferences.

This is a prime opportunity for Butler to continue its recent offensive revival. Butler scored 72 points last time these two teams met, despite shooting just 29% from three and 39% from the field. With Chuck Harris and Bo Hodges featuring more prominently, it will be interesting to see if the Bulldogs attack the Georgetown defense differently, and if they can produce an even better offensive game than versus Creighton.

While this game may seem like it’s a locked-in Butler win, that is not the case. The Big East is notorious for random upsets and parity, so no team can be taken lightly. Georgetown also holds a 6-2 advantage at Hinkle, one of the rare teams to win more games than they lose at Butler’s historic Fieldhouse. In all likelihood this game will be hard-fought and close, and the Bulldogs will have to bring it to come away with a win.