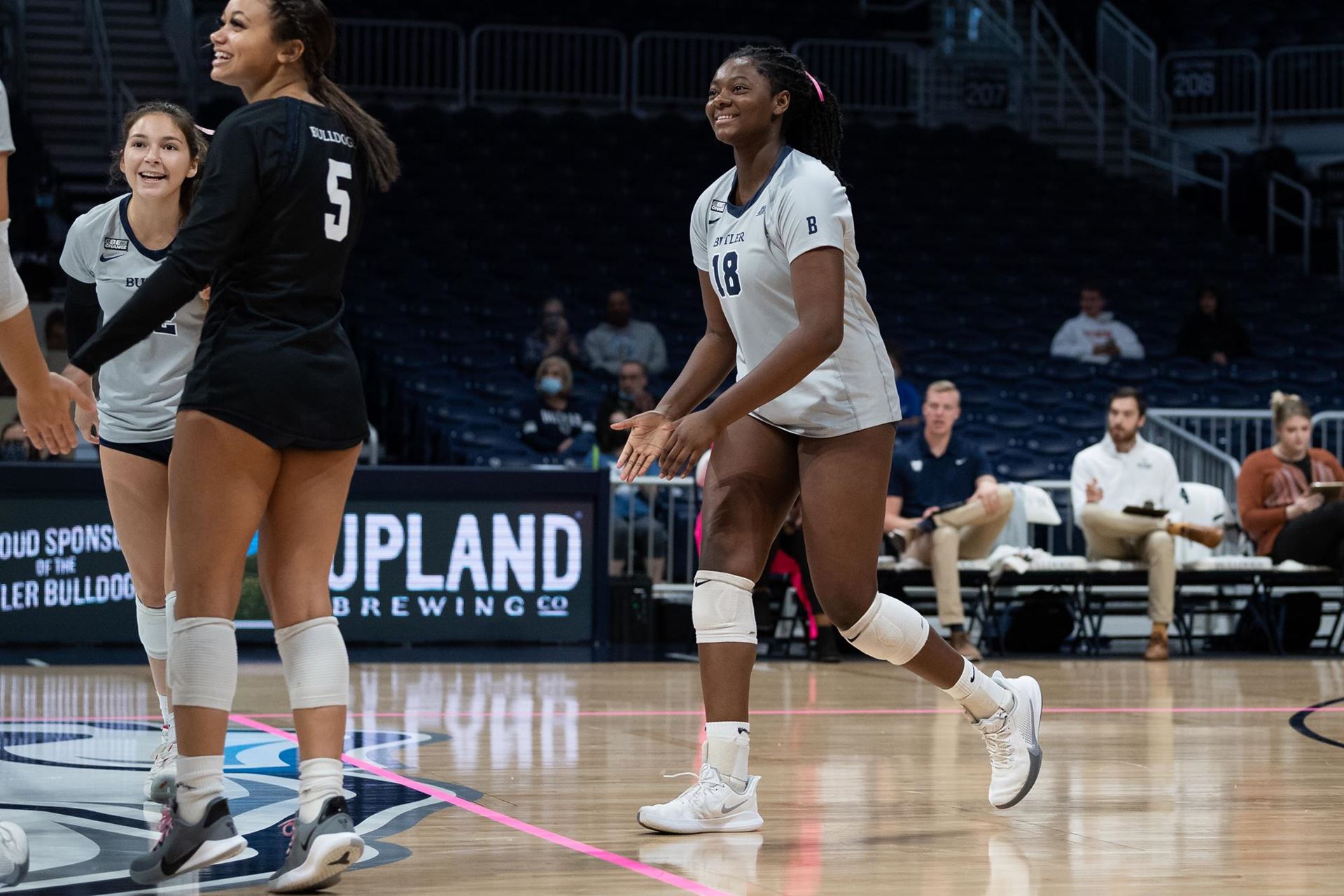 Freshman Destiny Cherry celebrates after winning a point against Providence on Sept. 25. Photo courtesy of butlersports.com.

Butler volleyball finished their season on Thursday, Dec. 2, falling to Valparaiso in the first round of the National Invitational Volleyball Championship.

Butler began the first set down 14-20, but the team went on a 6-0 run to tie it at 20 on freshman Marissa McKelvey’s serve. The run included kills from redshirt senior Melody Davidson, freshman Mariah Grunze, and sophomore Amina Shackelford. A Grunze service ace gave the Bulldogs their first lead at 21, but Valpo closed the set 23-25.

The Bulldogs were down early again in the second set 5-11. Butler fought off four consecutive set points but fell to Valpo again 17-25. Megan Sheridan led the offense with three kills in the second set.

Butler got off to a quick start in the third set, up 4-0. Freshman Destiny Cherry and Sheridan both had kills in the run. Valpo went on a 9-1 run later to take the lead 9-13. Kills by Cherry and Shackelford helped Butler make the score 15-21, but Valpo closed the set on a kill 16-25.