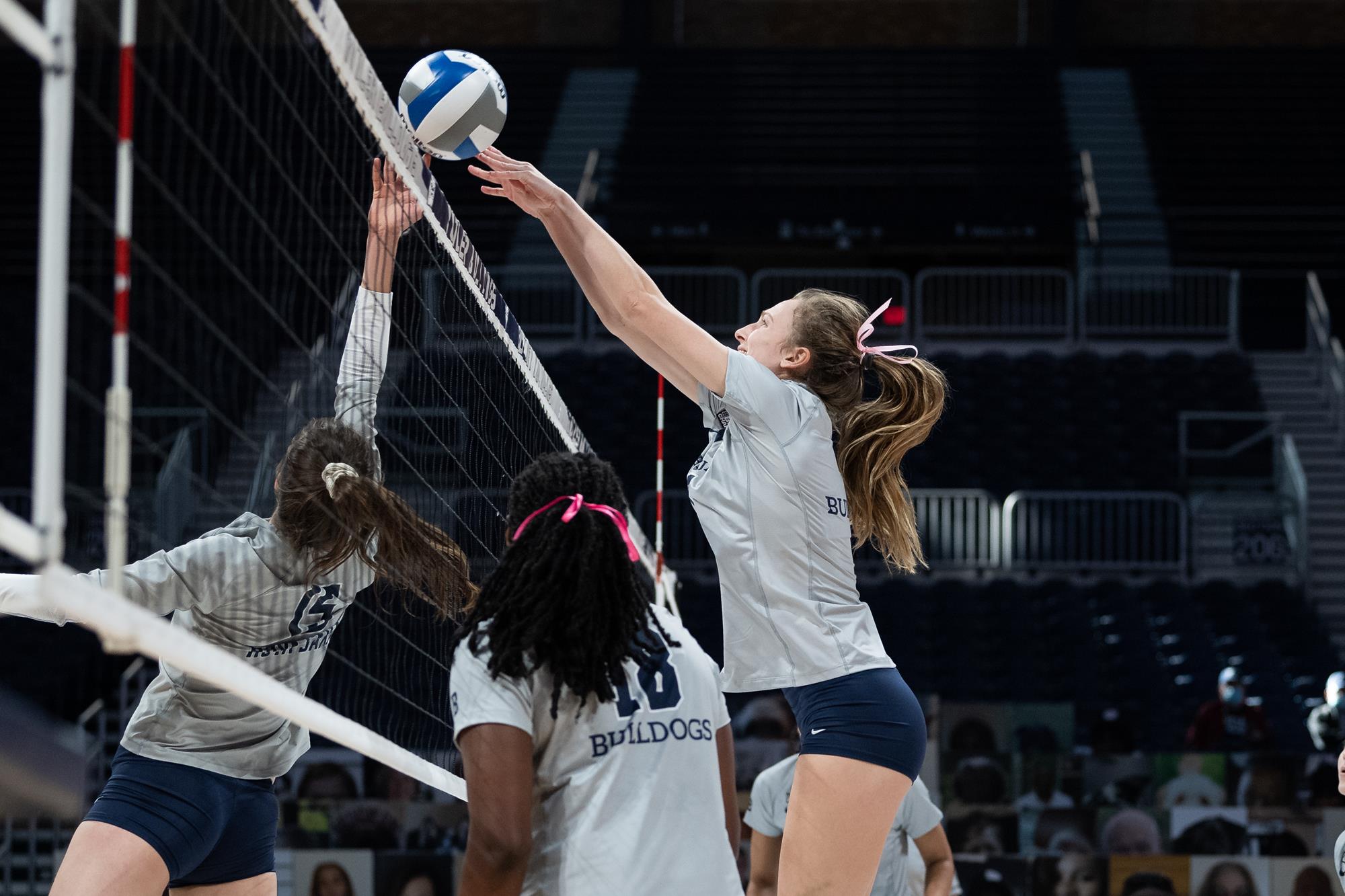 Redshirt junior Brittany Robinson blocks a ball at the net against Providence on Sept. 25, 2021. Photo courtesy of butlersports.com.

The Bulldogs created a 7-5 lead by going on a 4-0 run with a kill from freshman Mariah Grunze and a service ace by Madison Friebel. UConn went on to go on two 4-0 runs to go up 14-18. Late kills by redshirt senior Melody Davidson and Grunze brought the Bulldogs to 19-24, but the Huskies closed out the set.

Butler went on a 3-0 run to tie the second set at 8 with a kill by redshirt junior Brittany Robinson. A 3-0 serving run from Robinson – which included a serving ace – gave Butler a 12-11 lead. UConnn had the set point at 23-24, but the Bulldogs fought back for two straight points with kills by sophomore Amina Shackelford and Davidson to give Butler the lead. The Bulldogs had two more set point opportunities, but the Huskies fought them off and won the set at 32-30.

The Bulldogs got off to an early lead with a 9-7 lead in the third set. Robinson had a service ace and Davidson, Friebel and junior Elana Bruggerman each provided a kill. UConn went on a strong 5-0 run to create a 10-15 lead. Davidson helped Butler cut their deficit to 19-21 with a kill. Kills by both Shackelford and Grunze provided a late spark for the Bulldogs as they only trailed 22-23. The Huskies had two straight kills to end the set and match at 25-22.

Grunze led the offense with 10 kills. Davidson contributed both offensively and defensively with seven kills and six blocks. Friebel led with 19 assists and added eight digs. Junior Jaymeson Kinley guided the defense with her 17 digs.

Butler will play Providence next on the road on Friday Nov. 5 at 6 p.m.