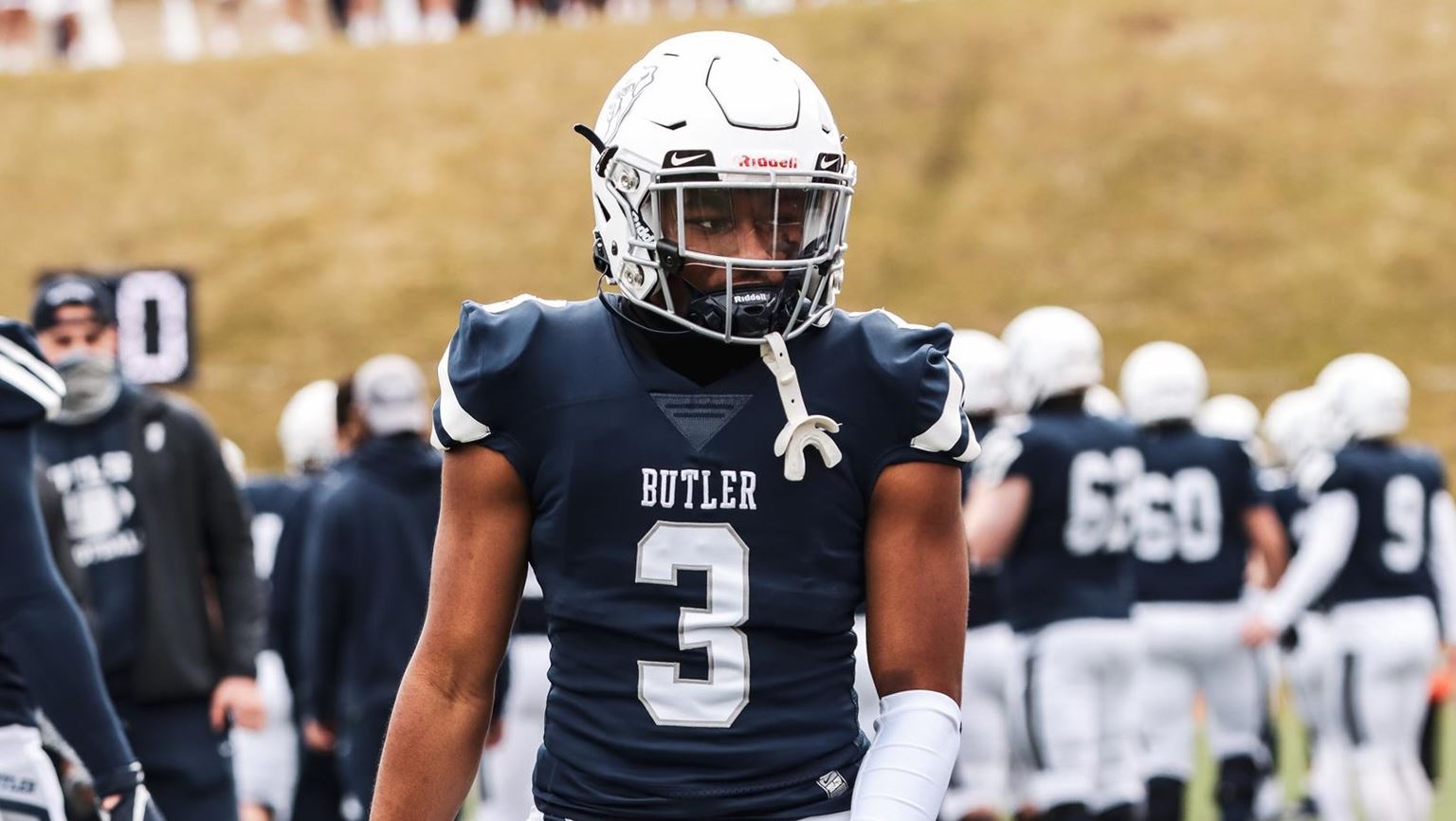 Junior defensive back Trey Mason prior to a home game during the 2021-22 season. Mason made a key interception to seal the Bulldogs’ 28-21 win over Marist. Photo taken by Chandler Hart.

Butler football defeated the Marist University Red Foxes 28-21 on Saturday, Nov. 20 to end the season at 3-8 with their first PFL win.

Butler rushed for 136 yards against Marist and was strong defensively, forcing a couple of turnovers and sacks.

Marist opened up the scoring with a touchdown pass from quarterback Austin Day to tight end Wyatt McMahon and led 7-0 with three minutes left in the first quarter.

Butler quickly responded early in the second quarter as running back Joey Suchy ran the ball in from five yards out — tying the game 7-7.

The Red Foxes came right back and Day scored on a 14-yard touchdown run to put Marist back on top 14-7.

With two minutes left in the half, quarterback Bret Bushka scored a Bulldog touchdown as he took the ball in himself from five yards out. After an extra point, the game was tied 14-14 going into halftime.

Early in the third quarter, Day found receiver Scott Scherzer for a 42-yard completion to the Butler 1- yard line, but on the next play linebacker Jacob Cain forced the fumble and defensive back Mac Menard recovered it to get the ball back for the Dawgs.

With less than a quarter of play left, Suchy had his second rushing downtown to cap off a 23-play, 99-yard drive to give the Bulldogs the lead 21-14.

Defensive back Trey Mason sealed the win with an interception and a 12-yard return that resulted in a touchdown with five minutes left in the game.

The Red Foxes scored with three seconds left to play and attempted to tie the game but were unable to recover the ensuing onside kick. The final score was 28-21 in favor of the Bulldogs.

By defeating Marist, the Dawgs grab their first conference win of the season and finish 10th in the PFL. Butler football will return next fall and look forward to another season.