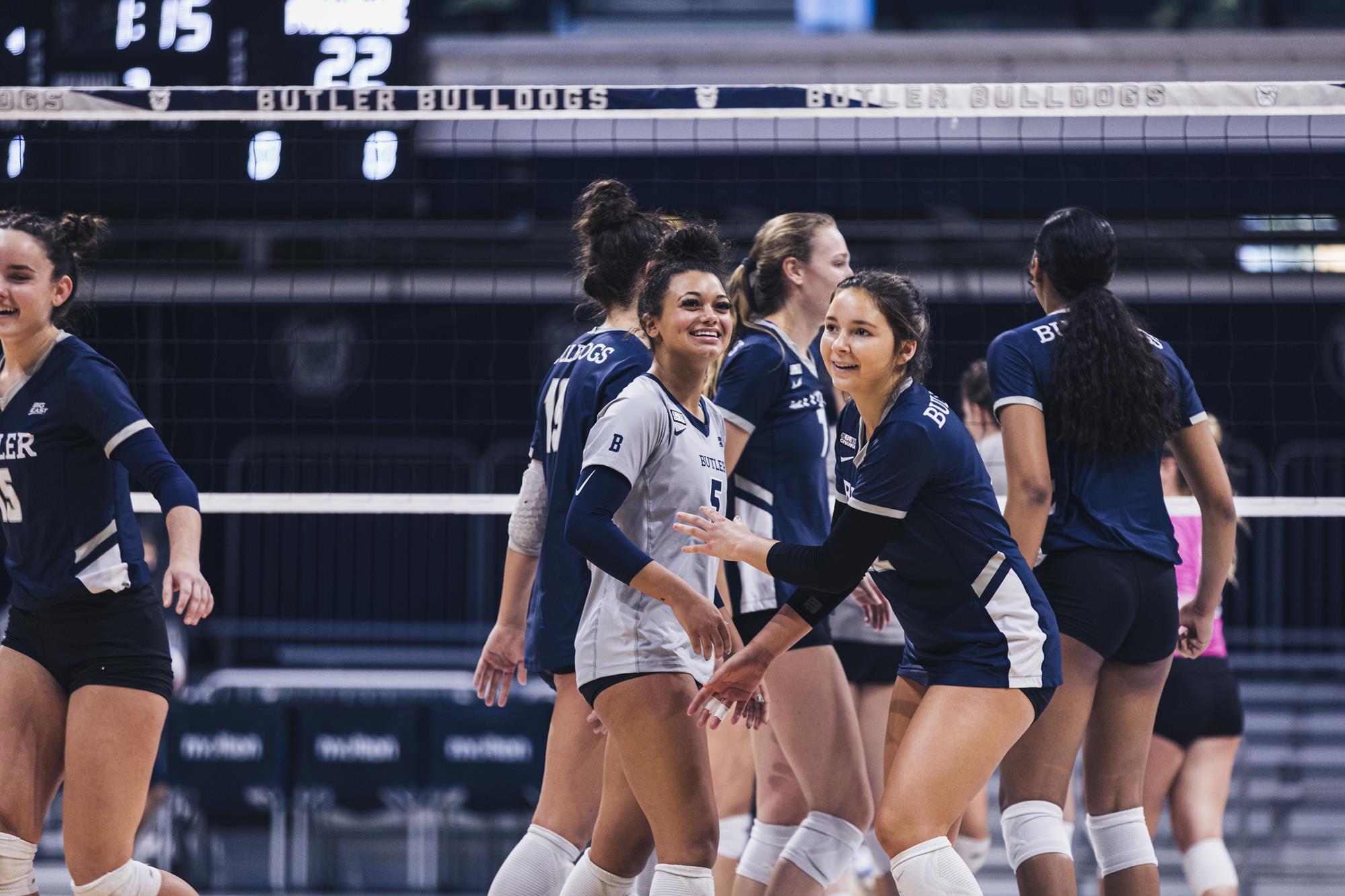 Junior Libero Jaymeson Kinley celebrates after a point against Providence on Oct. 1, 2021. Photo courtesy of butlersports.com.

The Butler Bulldogs traveled to Cincinnati to play Xavier on Friday Oct. 29. Butler defeated the Musketeers in three sets to win their fourth consecutive game. The Bulldogs improved their record to 13-11 overall and 7-4 in the conference.

The Bulldogs got off to a slow first set as Xavier went up 2-7. Butler rallied back with a 12-2 run with two kills from redshirt junior Brittany Robinson. Two kills from freshman Mariah Grunze and one from sophomore Megan Sheridan gave Butler a 18-11 lead. Redshirt senior Melody Davidson contributed two kills to end the set at 25-14.

Butler trailed 5-9 early, but kills by sophomore Amina Shackelford and Sheridan along with an ace by Sophomore Madison Friebel rallied them back. A 4-0 run from the Bulldogs that included kills by Robinson and Grunze gave Butler the lead at 13-11. The set went back-and-forth until Butler took three straight points to lead 24-20. Kills by Grunze and Sheridan helped close out the set at 25-22.

The Bulldogs took a 3-0 lead in the beginning of the third set as Davidson had two kills and Shakelford one. Xavier took four straight points to lead 7-6. Grunze later went on a 5-0 serving run and also added a kill to give the Bulldogs a 17-13 lead. Davidson helped clinch the match with a kill to seal the set at 25-21.

The ball was spread out on offense as Grunze led with 11 kills and Shackelford followed with 10. Freshman Marissa McKelvey led with 21 assists and also added one ace. Davidson contributed at the net with 10 blocks along with nine kills. Junior Jaymeson Kinley led the defence with 21 digs.

Butler will face off against Providence on the road Friday, Nov. 5 at 6 p.m.