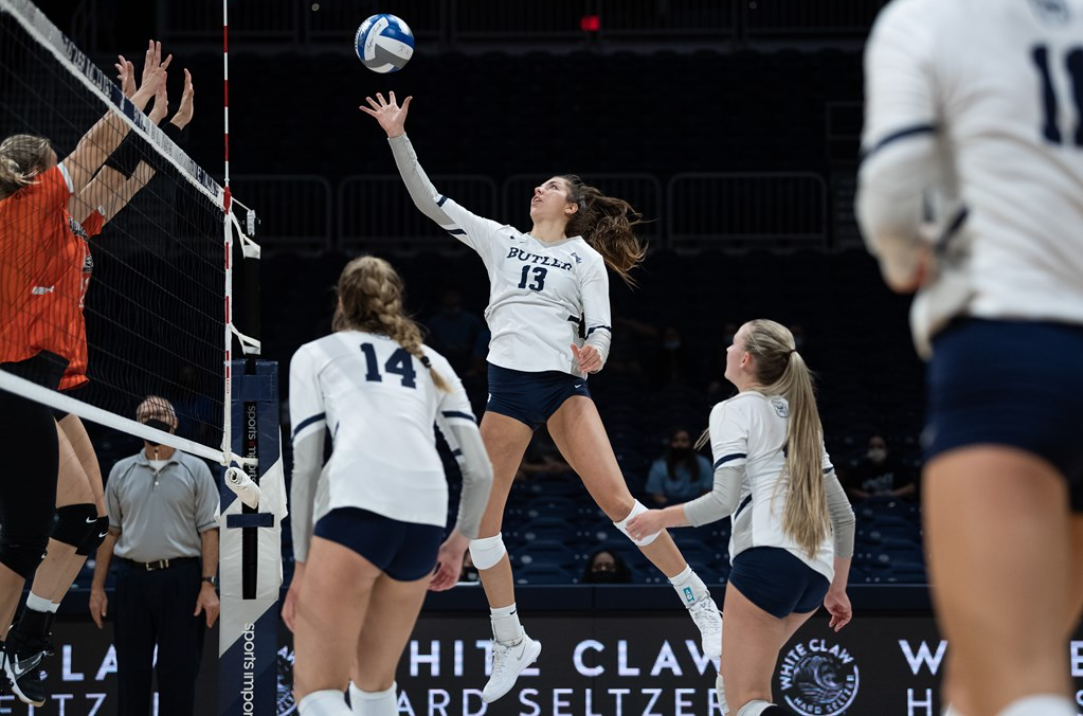 Butler Volleyball traveled to Pennsylvania to face Villanova on Saturday Oct. 2. The team fell to the Wildcats 0-3 in sets.

Villanova got off to a strong 16-3 start with a 12-0 run in the first set. Redshirt junior Brittany Robinson provided three kills for the Bulldogs and sophomore Amina Shackelford also contributed two.

Although the Wildcats began set two with an early 5-0 lead, Butler went on a 3-0 run to cut the lead to one with a score of 7-6. Sophomore Caroline Cleveland provided a spark with a 5-0 run on serves including one service ace. Villanova closed out the set 25-23 on a kill.

Sophomore Megan Sheridan began the third set strong with four kills, tying the score at 6. The set went back and forth as Butler had kills from redshirt senior Melody Davidson, redshirt junior Brittany Robinson and freshman Marissa McKelvey. A 3-0 run gave Butler a 13-10 lead with kills from Sheridan, Shackelford, and freshman Mariah Grunze. The Bulldogs produced a late 5-0 run to lead 23-20. Villanova defeated three consecutive set points to close the match at 27-25.

Sheridan led the offense with 11 kills with Davidson following her with nine. McKelvey dished out 29 assists for the offensive side of the ball and led the defense with 14 digs.

Butler will travel back home to play St. John’s at Hinkle Fieldhouse on Friday, Oct. 8 at 6 P.M.