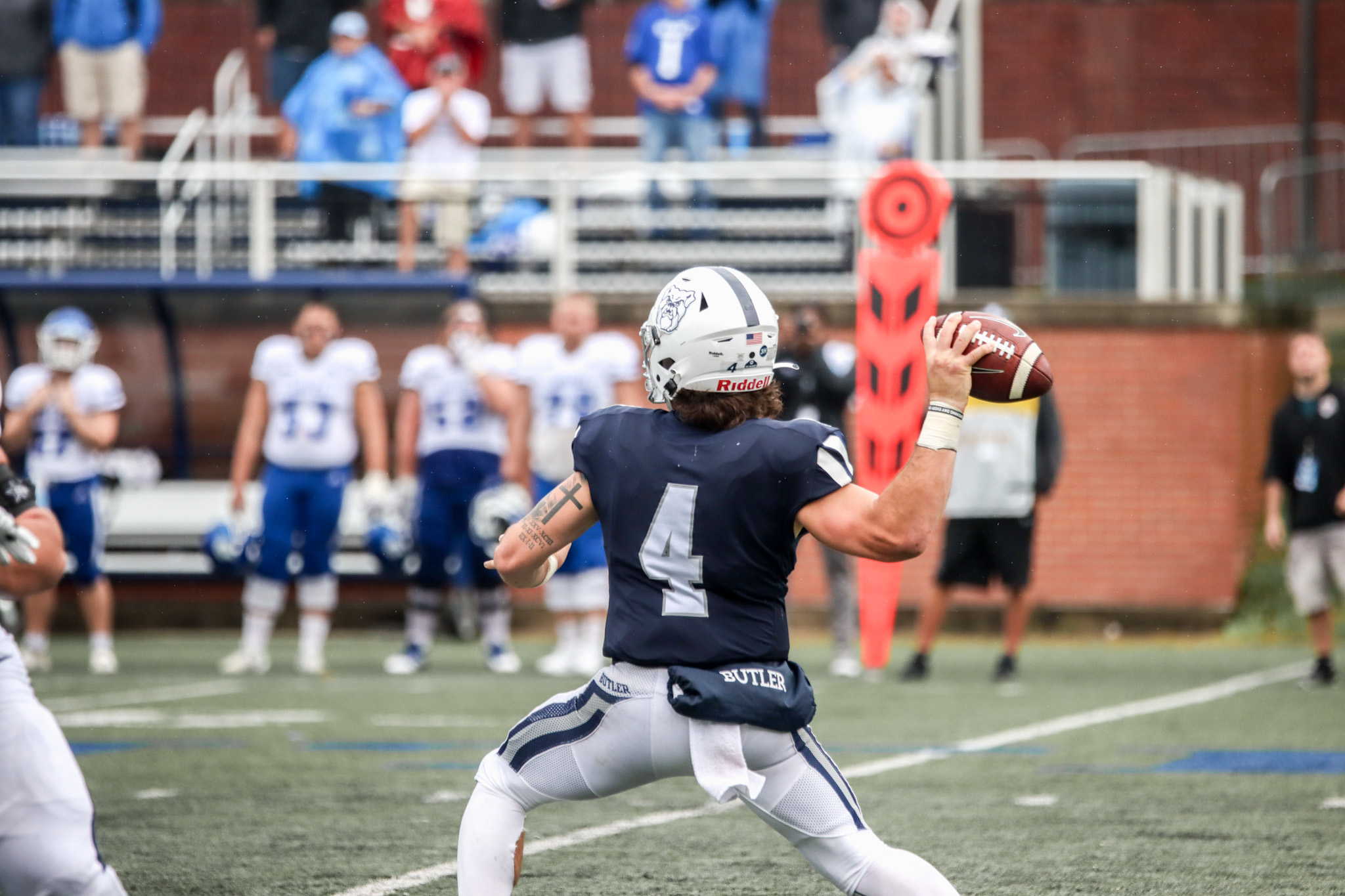 Butler quarterback Bret Bushka drops back to pass during a matchup against Drake University. Photo by Grace Denckhoff.

The Butler football team fell to Morehead State 31-8 on Oct. 16 at Jayne Stadium — the Bulldogs fall to 2-5 on the season.

Butler’s defense came out strong during the first half recording four interceptions.

Defensive back Connor Reid led the secondary with two interceptions in the first quarter but the offensive drive preceding stalled each time and Butler had to punt.

After a quiet first quarter, the Eagles got on the board first. Running back Issiah Aguero ran the ball in for 2-yards — moving the score to 7-0.

At the end of the second quarter, kicker Andrew Foster kicked a 32-yard field goal to make the score 10-0 going into the half.

Morehead State dominated the second half right away in the third quarter. Quarterback Mark Pappas found wide open receiver BJ Byrd for a 17-yard touchdown pass and would do it again at the end of the third quarter — pushing the score to 24-0.

In the middle of the fourth quarter, running back Joey Suchy ran the ball in for a 2-yard touchdown rush and capped off the play with a successful two point conversion from tight end Jared Suchevits — the scoreboard read 24-8 with eight minutes left in the game.

In their final drive, Eagles running back Chance Harris ran the ball in for another six and sealed the win. The final score was 31-8.

The Bulldogs will return to the Sellick Bowl next week Oct. 23 to take on Davidson at 1 p.m.