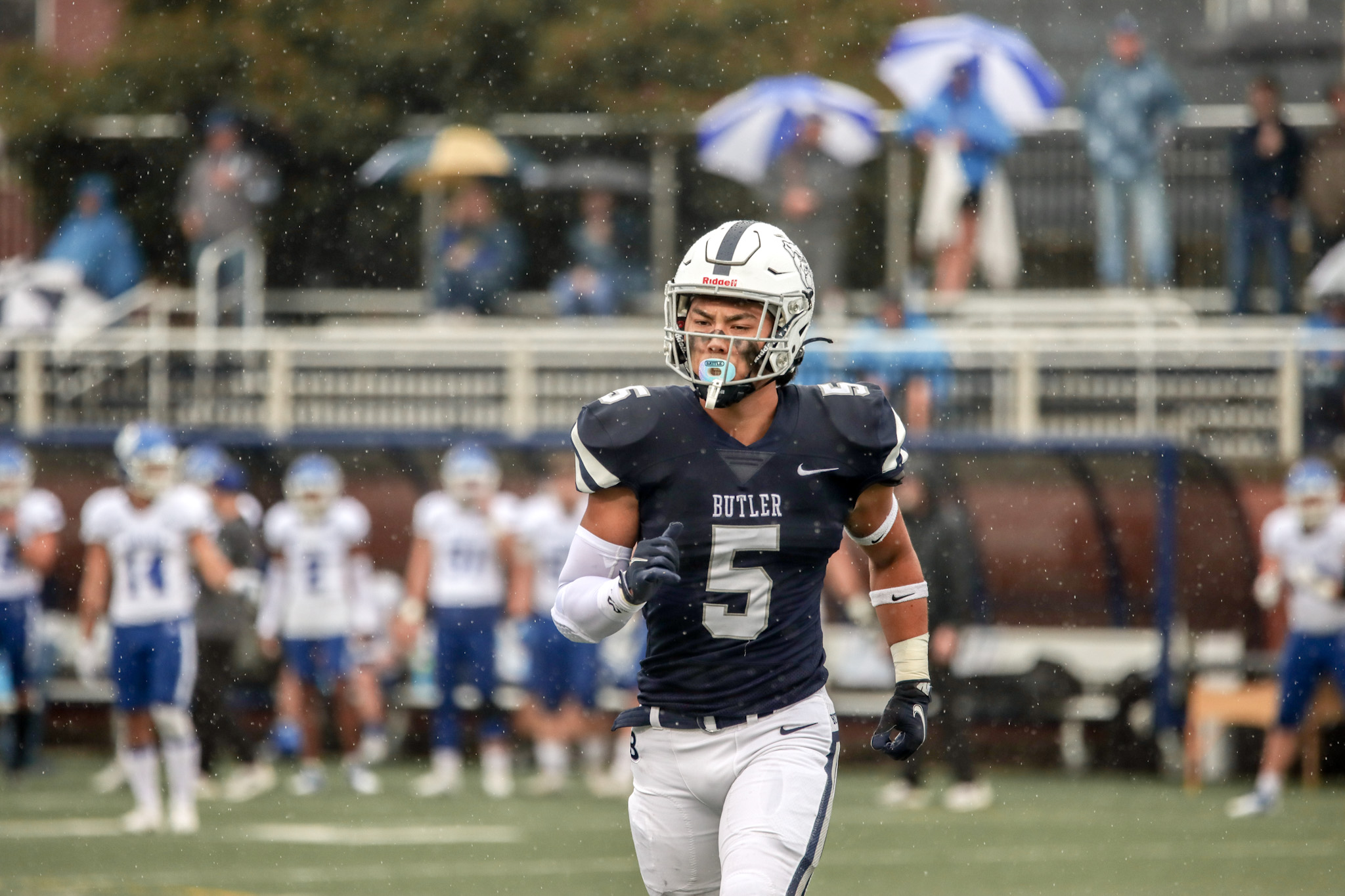 Butler cornerback Connor Reid coming off the field during a matchup against Drake University on Oct. 2. Photo by Grace Denckhoff.

The Wildcats quickly responded 45 seconds later with running back Aris Hilliard breaking away for 59-yards to even the score 7-7.

It was a back-and-forth affair between the two teams throughout the first half.

Following the touchdown, the Bulldogs scored in a similar fashion with running back AJ Deinhart carrying the ball down the field for 53-yards all the way to the end zone — taking the 14-7 advantage.

Butler tied the game with 1:06 remaining in the half with a 9-yard run from running back Michael Benefield, but Davidson responded with 17 seconds left as running back Mark McCurdy ran down the field for a 35-yard touchdown run. The Wildcats took the lead 28-21 going into halftime.

Davidson took over during the third quarter and scored on all three of their possessions. Hillard capped off an 8-play, 60-yard drive with a 15 yard touchdown.

Four minutes after, quarterback Louis Colosimo found Oakley for a 57-yard pass in the end zone. Following that score, running back Eli Turner capped off a 3-play 33- yard drive with a rushing touchdown — giving the Wildcats a commanding 49-21 lead.

The fourth quarter was all Bulldogs, but it was not enough to secure the win. Bushka scored on a 17-yard run with 6 minutes to go in the game and would later find Flager for his second touchdown of the game.

The final score was 49-35 with Davidson walking away with the victory.

Butler will travel to Dayton next on Oct. 30 to try and grab their first PFL win.