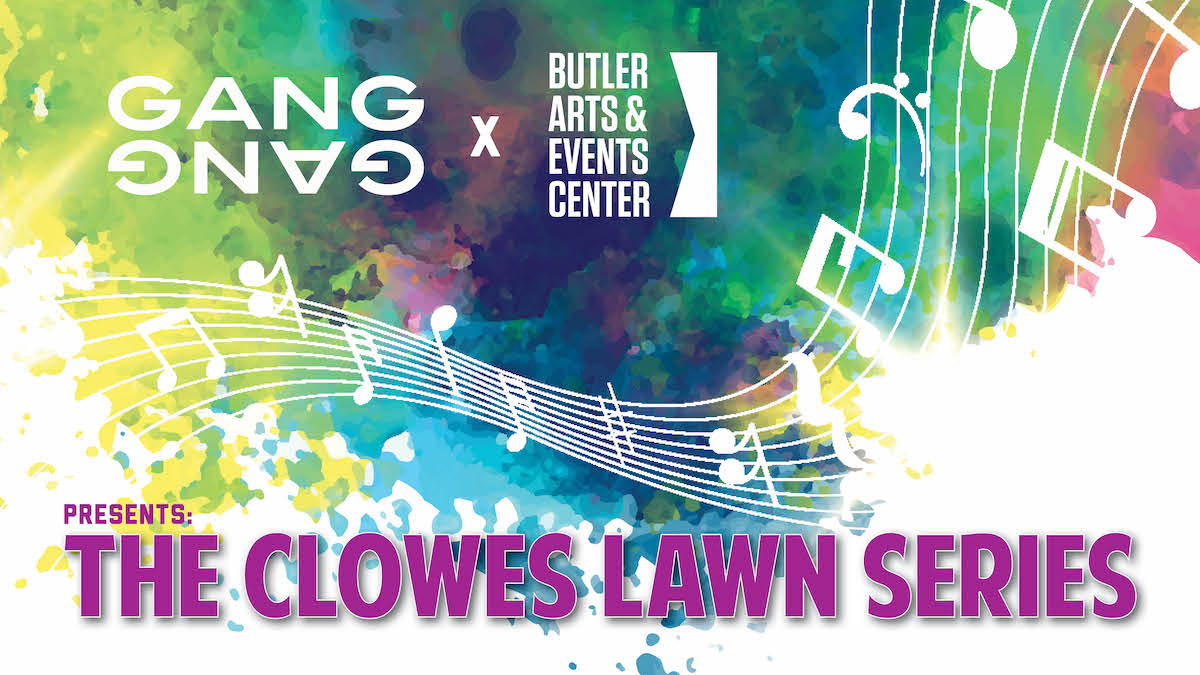 Butler Arts & Events Center – BAEC – and GANGGANG, a cultural development firm focused on producing, promoting and preserving culture in cities, are putting on The Clowes Lawn Series – their first collaboration event – throughout the months of September and October. These event features a variety of diverse performers that offer an array of interests and perspectives ranging from rappers to DJs to showcase Indianapolis’ diversified music industry.

Aaron Hurt, executive director of BAEC, and Mali Jeffers, co-founder of GANGANG, met 15 years ago through the Arts Council of Indianapolis. When Jeffers started GANGGANG, Hurt knew immediately that this was their chance to collaborate.

GANGGANG and BAEC have been planning this collaboration for about four months, and they hope to continue running this series in the future. Nigel Long, manager of programming and community outreach at GANGANG, was responsible for programming The Clowes Hall Lawn Series and said he really wanted to create something that students would enjoy.

“I never went to Butler, but I could see how getting caught on Butler’s campus could put you in a bubble, but I think that’s just how college campuses are naturally,” Long said. “I could see how it would be easy to not really get the full experience of what Indianapolis has to offer as far as music if it’s not being brought to you and shown how diverse and talented people are here.”

BAEC’s main goal is to bring communities together to celebrate culture and Hurt strives to book diverse programs that fulfills that mission. This collaboration between GANGGANG was an opportunity to bring diverse performers to campus.

Ja’Sia Ward, a junior pre-med biology major, who attended the opening event on Sept. 15, appreciated the diversity the event brought to campus.

“It’s really nice to see people of color on Butler’s campus because I feel like I can personally relate to that,” Ward said. “I just like the feeling and the vibes.”

GANGANG’s mission is to produce, promote and preserve culture in cities and this collaboration event is exactly that. Long said this series is a way of promoting and preserving the music industry in Indianapolis.

“I guess our message to the community is we want to create more spaces where artists can have these opportunities, that are paid opportunities, to be able to share their art with people with a different audience,” Long said.

Clowes Memorial Hall is one of the most prominent performing arts centers in Indianapolis, and GANGGANG wanted to give artists the opportunity to perform in front of a different and wider audience.

“Being able to give artists that typically wouldn’t have that opportunity at either the level they are at or just in general,” Long said. “Giving those artists the opportunity was the real inspiration behind the curation of [this series] and then trying to make sure that it’s a well-rounded collection of people.”

GANGGANG was responsible for the curation of performers for this series. Besides giving artists the opportunity to perform in front of a larger audience, GANGGANG wanted to emphasize different artists across the Indianapolis area.

If BAEC and GANGGANG continue this series in the future, Long said he would like to incorporate Butler students into the performances.

“We also want to encourage the next generation that are doing performing art,” Long said. “I wish I would have had better connections with Butler students so that we could’ve had some Butler students performing so that they could’ve gotten paid and done their work.”

For more information about The Clowes Hall Lawn Series, as well as BAEC and GANGANG, visit their websites and Instagram: