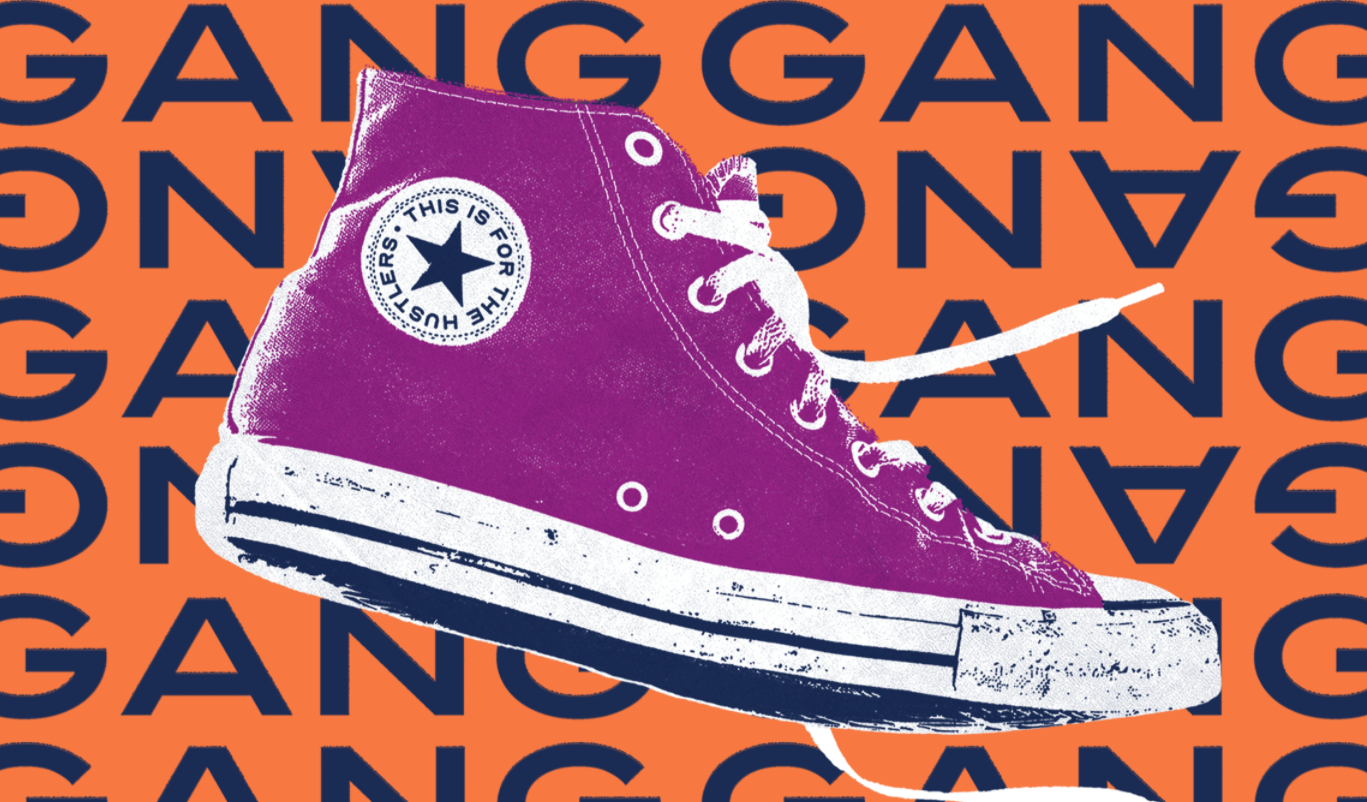 Indianapolis natives, Mali Jeffers and Alan Bacon created GANGGANG in order to advocate for cultural opportunities in cities, both locally and internationally. Photo courtesy of GANGGANG.

Mali Jeffers and Alan Bacon are partners in business and partners in life. The duo recently founded GANGGANG, a cultural development firm whose mission is to preserve, promote and produce culture in cities. As Indianapolis natives, Jeffers and Bacon officially announced the creation of the nonprofit organization via Instagram on Nov. 16, 2020.

The idea for the organization was ignited in the summer of 2020 during Black Lives Matter protests and racial inequality that was highlighted by the murder of George Floyd. GANGGANG was created in order for Indianapolis’ culture to be not only preserved despite racial turmoil, but celebrated.

Jeffers and Bacon decided to focus on culture as a creative solution to these problems.

“We thought that if we could put intentional emphasis on culture and the creative economy, we could change things for the better, we could maybe even end racism and so we decided to go all-in with culture as our focus,” Jeffers said.

The creative economy — particularly in Indianapolis — is something that both Jeffers and Bacon value, which they strive to promote through the work of GANGGANG. Bacon said GANGGANG brings a level of excitement, sophistication and enhanced creative branding to the Indy community.

Prior to the development of GANGGANG, Jeffers and Bacon were both a part of the Indianapolis cultural industry. Bacon’s background is performing art. He was a musician for the city for over 20 years and plays a variety of instruments, the main ones being keyboard and guitar. Jeffers, on the other hand, started her career at the Art Council of Indianapolis and spent about five years working on downtown public art exhibitions and other various projects.

GANGANG also collaborates with artists to help build equity and promote content that brings a spotlight to the creative economy of Indianapolis. Jeffers and Bacon want people to understand that art has value beyond the price tag — it reflects the worth and commitment of the artist of their craft.

“We want more artists to make more money, we want more creatives and culturalists to be able to do that work full-time versus a side hustle,” Jeffers said. “We want Indianapolis to spend more money into its creative economy.”

This year, Jeffers and Bacon are the creative directors for March Madness where they will curate performance art in Indianapolis for the entire months of March and April. They will be putting together over 250 performances in Indy for March Madness.

GANGGANG will also be organizing an art show at the end of the summer that will ultimately become their signature event. The show will exhibit the work of local and international artists.

“[This event] could become a real staple for not only Indianapolis but the Midwest that will display and feature works from prominent Black artists from around the world and cement Indianapolis’s position as a place to find great art,” Jeffers said.

The creative experiences that Jeffers and Bacon had in culture made a huge impact on their idea behind the creation of GANGGANG and helped them understand the importance of creative culture as well as the importance that art has on social movements.

“I want people to know that this is a very fun and refreshing way to tackle the equity conversation and this is for everyone; this is for people of culture, meaning everyone interested in and everyone involved in or wanting to have a role in the cultural industry as it relates to improving cities,” Jeffers said