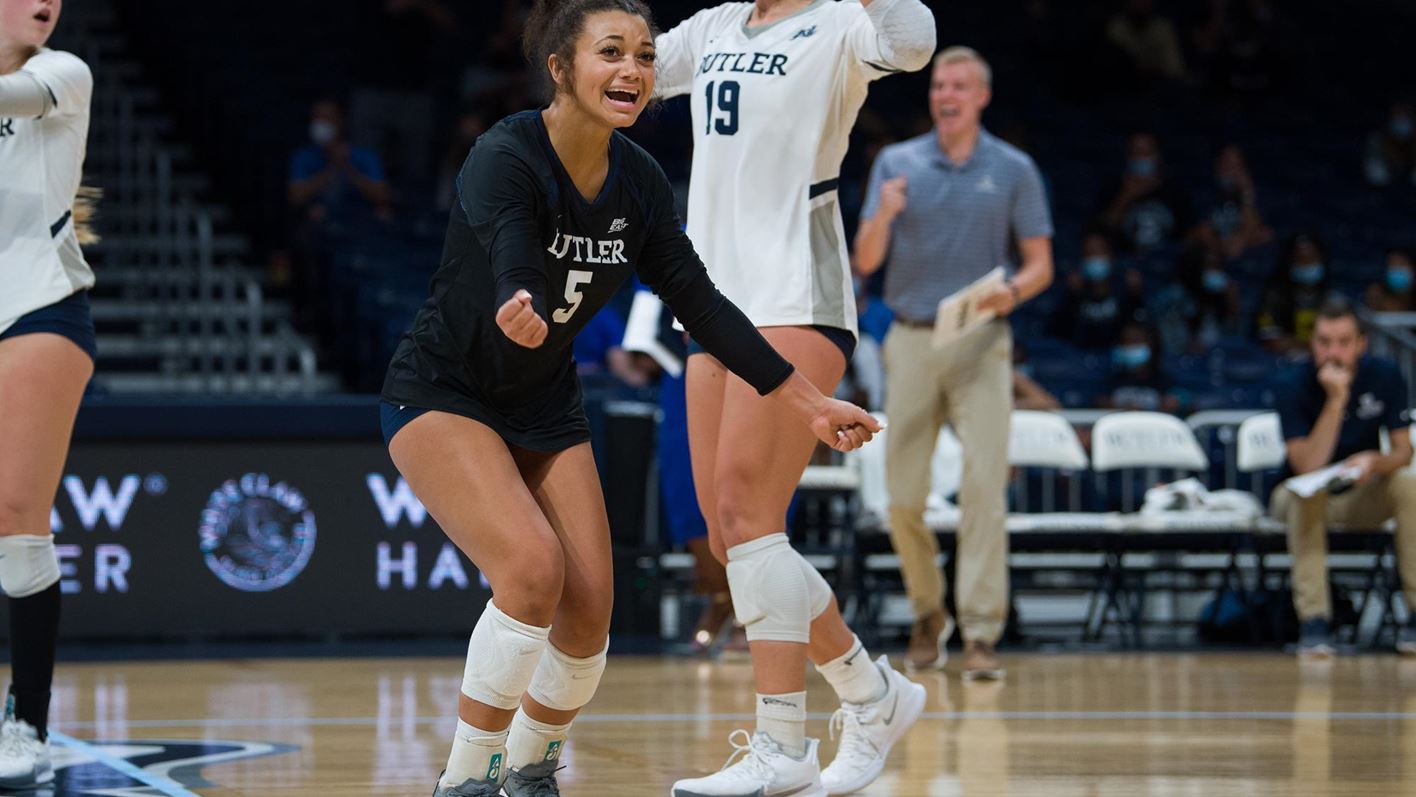 The Bulldogs began the match with a solid 8-3 lead in the first set, with kills from redshirt junior Brittany Robinson and redshirt senior Melody Davidson. At 14 points, the set was tied, but Butler finished strong and completed the first set victory over Eastern Kentucky.

The second set began and Eastern Kentucky had a commanding 11-16 lead, but the Bulldogs caught up with kills from Robinson and Davidson, and a serving ace by senior Jilian Ziemba. Butler fought all the way back to take the set 25-19. Davidson led the way with 10 kills in the second set. Her teammate, freshman Mariah Grunze, helped close the set.

Jumping off to an early 11-3 lead in the third set, the Bulldogs set up for a 25-17 defeat of Eastern Kentucky to complete the match. A service ace from both freshman Grace Boggess and Ziemba added to a strong serving set.

Davidson dominated the match with 24 kills in the three sets. She tied the school record for most kills in a 3-set match which was set 30 years ago by Jessica Taylor on September 6, 1991 against Green Bay. Along with her 24 kills, Davidson further added 6 block assists to help the defense.

Next up is the Bulldog Brawl which begins on Sept. 17 at 10 a.m. when Butler will face Milwaukee. Later at 6 p.m, they will play a competitive UCLA team, who is ranked 19th in the nation. They will finish the tournament on Sept. 18 at 6 p.m. versus Western Michigan.