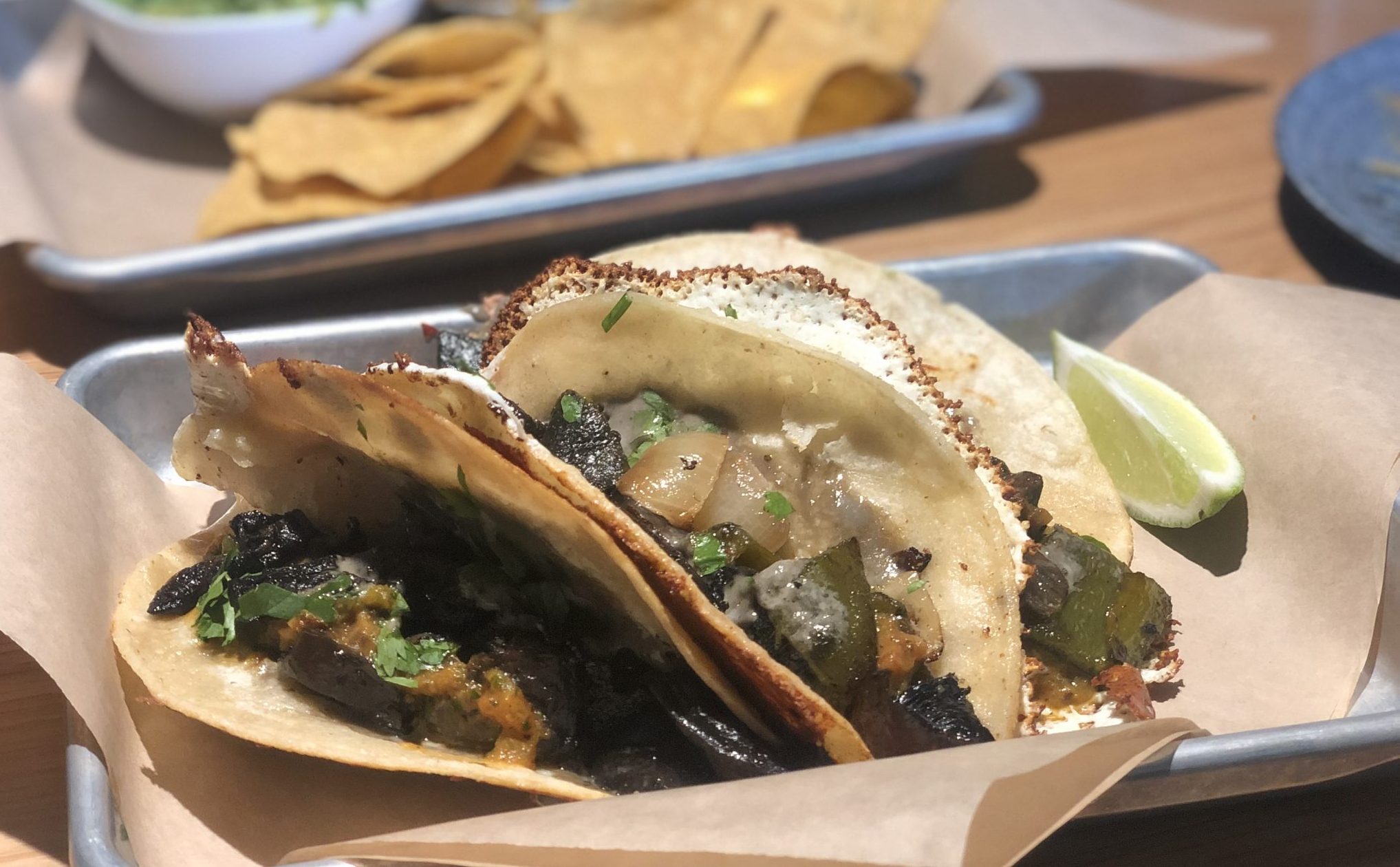 Photo of food ordered at Next Door. Photo taken by Kiran Brar.

Disclaimer: Collegian Editor-in-Chief Ellie Allen is a public relations intern for Dittoe Public Relations, the agency that promotes Next Door American Eatery. Kiran Brar received a free meal ticket for this particular restaurant. Regardless of how this meal was paid for, this article will include the author’s own personal thoughts.

Next Door American Eatery reopened its doors this past July, so I thought I should give it a try. Due to COVID-19, the restaurant had temporarily closed in 2020. This temporary closure was used to reinvent their menu and interior, and I had the chance to check out the new and improved restaurant.

Next Door American Eatery is located less than 10 minutes from campus, right off 46th Street. Because it is so close to campus, it is a nice option for when you might not want to make a long trip for a meal. I am one of those people — when I am hungry, I want the fastest option available.

Upon entering the restaurant, I immediately noticed the eye-catching wallpaper that gave off a vintage, steampunk vibe. There were many many overlapping images of the restaurant’s menu, jedis from “Star Wars” and other nostalgia-related graphics. I thought it contrasted nicely with the simple dining furniture. I was accompanied by Savannah Owens, a senior psychology and criminology double major, who also noticed the retro vibes that the wallpaper gave off.

We were given the option to be seated inside or outside, so we chose inside because it wasn’t too packed on this particular weekday. I was very happy that we got seated in a booth because yes, I am one of those people that will always prefer a booth over a table.

Once we were both seated and looking through the menu, I found it extremely hard to choose a single appetizer and entree. There were so many items that caught my eye. Next Door American Eatery’s menu incorporates food from all over the world, such as choices from Mexican, Chinese, Vietnamese, Indian and Greek cuisines. With all those varieties, I had to ask for a couple minutes so that I could look over the menu a couple times and soak it all in.

I finally decided on the sev potato dahi puri — stated as S.P.D.P. on the menu — as an appetizer and the roasted mushroom street tacos for my entree. Owens did not have as many options to choose from because there were only a couple vegan options on the menu, so she decided on ordering the chips and guac as her appetizer and the szechuan chilled noodles for her entree.

We both ordered a Coke for ourselves as we waited for the food, and it was a great surprise when our waitress came out with Mexican Cokes for us. There’s just something about this soda that makes it superior to all others. I also ordered the SoBro Punch, one of the alcoholic drinks on the menu, and I have just one word for it: strong.

Owens let me try some of her chips and guac, and I thought they were pretty good. I feel like it’s hard to go wrong with such a simple snack, so there were no complaints over that. I was a little hesitant to order the S.P.D.P. at first because chutneys can be very hit or miss, but this Indian snack left me speechless. The dish consisted of several potatoes in a sphere form, covered with a couple different chutneys and topped off with what I assume was thin bhujia, which is a popular crispy snack in India. The S.P.D.P. had so much flavor — spicy with a hint of sweet — that I had finished it all before I even thought about taking a picture of all our food.

Now to the main entrees. I was surprised to see that the roasted mushroom street tacos had a layer of fried cheese on the outside of the tortillas. The menu stated that the tacos had cheese, but I assumed it would be in the taco. I’m normally not the biggest fan of cheese, but I felt that it made the tacos much more flavorful. The sauces in each taco brought out a fresh touch to the bold flavors, which I really liked.

Unfortunately, Owens was not the biggest fan of the szechuan chilled noodles. She ended up asking for some sriracha to add into her dish.

“They were lacking a little flavor, but the sriracha was a nice touch,” Owens said.

Next Door Eatery is categorized as an American restaurant, so it makes sense that not every international cuisine will be raved about with flying colors. There might be some improvements needed with some dishes, whereas other dishes don’t need to be changed. I think that’s something that every restaurant needs to keep in mind — there’s always room for improvement.

For the dessert, I ordered the arroz con leche fritters. Arroz con leche is a sweet rice pudding dessert, and this particular menu item was fried to create a crunchy exterior. After trying a couple bites, I personally wasn’t a huge fan of it. However, I feel the need to mention that I had never tried arroz con leche prior to this experience, so this was a new venture for me. I liked the crunchy, sweet outside, but I wasn’t the biggest fan of the texture of the interior.

With all that being said, I am very thankful that I was provided with this opportunity to get more of a full taste of Next Door American Eatery. I probably wouldn’t have been able to order as much as I did if this meal was paid for out of my own pocket, so I’m glad that I could try so many items to include in this review.