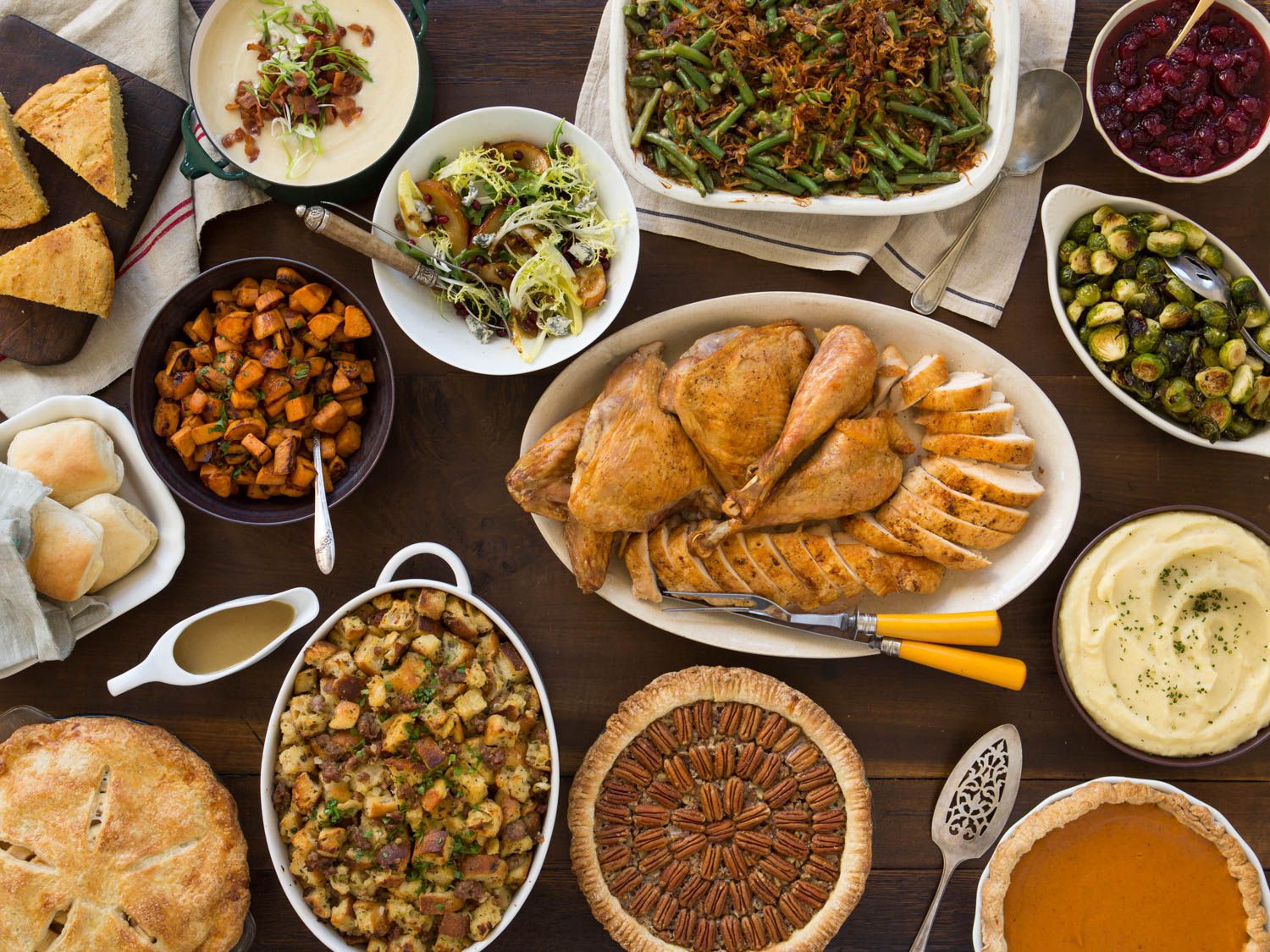 In the spirit of the holiday season, I thought it would be fitting to give my unsolicited reviews on Thanksgiving dishes. However, this food review is a little unlike ones that I have written for my 317 Eats column. My normal Thanksgiving looks like the typical American holiday with family coming together to appreciate one another and have a great meal to celebrate, except my family likes to make Indian dishes for our big meal. Since I don’t celebrate Thanksgiving with traditional dishes, this review will be more of a vibe check.

Since stuffing is a savory combination of foods mixed together, I was not sure how I felt about it. Something about it sounded a bit unappetizing, but that might be because I don’t like having stuffed anything. After doing a quick Google search, I think I would definitely like to eat it on its own. I’m a bit skeptical of it being put into a turkey — which is what I’m assuming stuffing gets put into. Maybe if it was on the side, I would not mind eating it simultaneously with another Thanksgiving dish.

I have tried brown gravy on mashed potatoes before, and I think it is absolutely delicious. I have no idea what it’s made out of, but it is like a chef’s kiss when it’s topped on some mashed potatoes. I know it is not technically a food, but I feel like it is a Thanksgiving necessity, so I felt the need to add it into the article. That being said, gravy is top-tier.

You can’t go wrong with bread. I don’t know if Thanksgiving rolls are any different than normal rolls, but it is bread. It has to be good. When I think of rolls at Thanksgiving, I think of rolls from Texas Roadhouse with the cinnamon butter — absolutely delectable. Fluffy. Warm. I can have that be my entire meal.

There is absolutely no way you can go wrong with them. That is all I have to say.

I only give mac and cheese an eight because I am lactose intolerant. It would easily be a 10 if my stomach could handle it. That being said, I just tried macaroni and cheese topped with breadcrumbs for the first time a couple weeks ago, and I seriously feel like I’ve been deprived. Like seriously, I do not know how I went my entire life not having tried that combination. Bonus points if the mac and cheese is creamy.

Here’s the thing: I tried pie for the first time last year. I feel like I can only give this dessert a seven because there are so many types of pie that I have never tried before. The apple pie I had was absolutely delicious, and there are so many options for pies that I have yet to try. I think I would really enjoy pumpkin pie because I assume it would taste exactly like fall. Pecan pie on the other hand — jail time. I would have to kick out whoever brings this dish to the Thanksgiving table.

I guess there is a way to go wrong with potatoes. This dish had to have been invented by a five year old child that had the chance to pick any two items from the pantry to combine together, and everyone else just rolled with it. Everything about this feels like a literal crime, and I hope I never have to try this dish.

I am a big fan of cranberry juice, so I think that I would like cranberry sauce. On its own, I think cranberry sauce would taste amazing. I am just so confused on what its purpose is. I can’t think of any dish that this sauce could be topped off with. If I find out that people are eating turkey topped with cranberry sauce, I think I will actually start crying.

Given that I am reviewing Thanksgiving food that I have either never tried before or just recently tried for the first time, I would like to say that there is nothing objective about my ratings for these dishes. I respect everyone’s personal opinions because everyone has a different set of taste buds. I might have to keep a distance from sweet potato casserole lovers though. Respectfully.