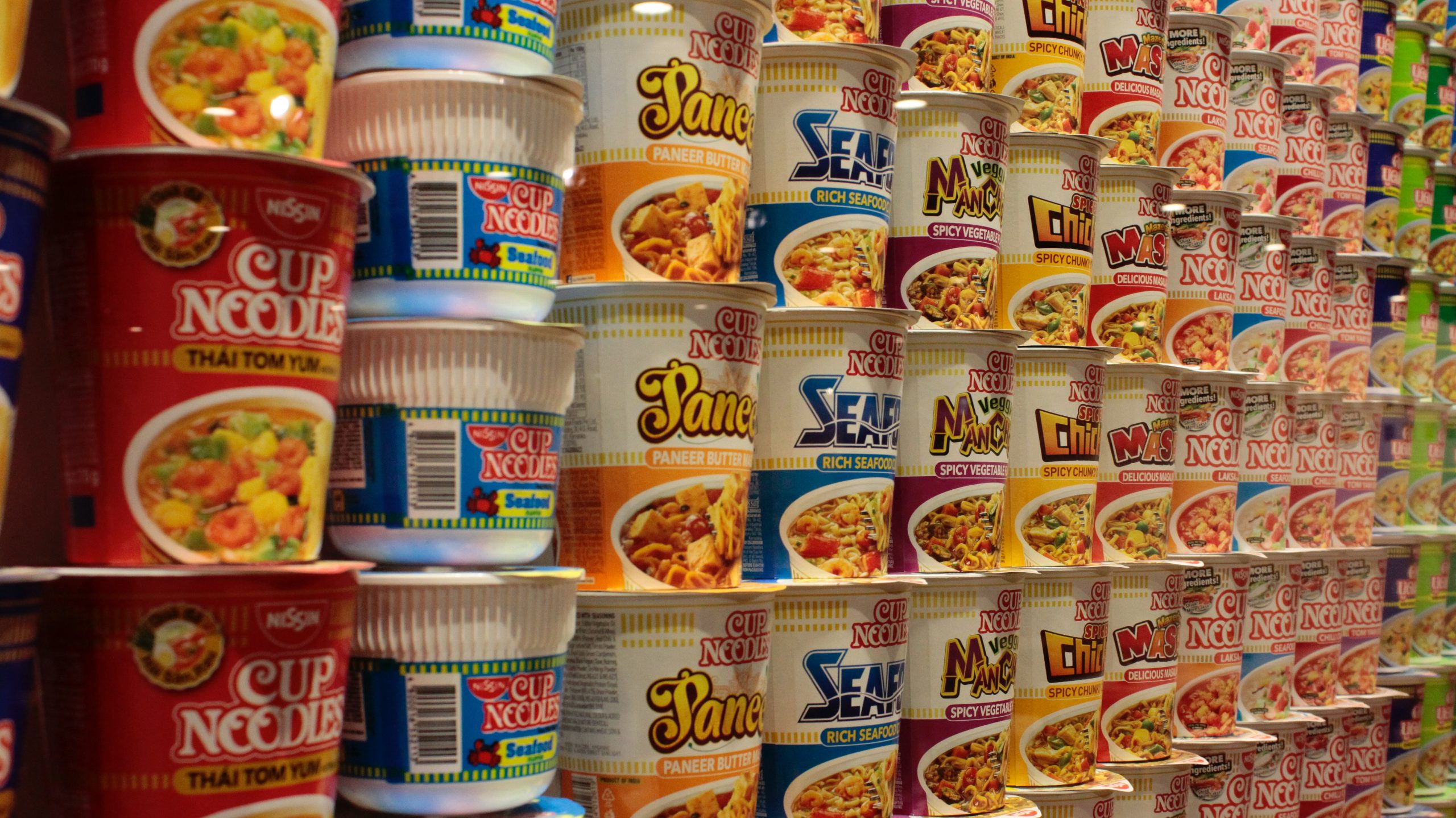 Cup noodles are not the only options available to college students. Photo courtesy of Matt & Chris Pua.

Coming to college, one major concern weighs heavily on the mind of many: the food. Some Butler students may find it difficult to stomach the thought of living in a dorm without convenient access to a full kitchen or a parent who is actually competent at cooking.

However, with a Residence Life-approved mini fridge, the residence hall’s communal appliances and a little creativity, college students can still lavish in the luxury of good dining.

With stovetop cooking oftentimes out of the question, either because of lack of convenience or skill, microwaves might be a college student’s best bet.

Junior pharmacy major Jon Gluth became well-versed in the art of mug cooking. As a first-year in Residential College and a sophomore in Fairview, he took full advantage of the power of the microwave —  literally and figuratively. Beyond the well-known mug cakes and brownies, mugs also work for soups, omelettes, pizza, noodles and much more.

“[In ResCo] I brought three mugs, and I would just look on the Internet of stuff you can make,” Gluth said. “BuzzFeed Tasty has a lot of good stuff that you can make in a mug … All you’d use is the communal microwave for about a minute, then be done.”

Microwaves can be found across campus; Irvington has a microwave in the community kitchen, ResCo has one in each hall and Fairview has one in each pod. Plum Market also has a communal microwave.

Cup noodles are an absolute staple in the collegiate diet. However, for a bit of spice, properly making ramen on a stovetop is something that any culinary neophyte can try.  Sophomore pre-pharmacy major Mark Santiago recalls using the communal kitchen stove in Irvington to cook ramen; he recommends bringing personal cookware to use for basic cooking such as this.

“Bring your own pots and pans,” Santiago said. “I didn’t know there were pots and pans already in [the Irvington kitchen], but I didn’t trust them.”

To make something that is a little more luxurious than the stuff from a styrofoam cup but is still simple to make, try adding soy sauce saved from takeout, cracking an egg or two into the pot and boiling fresh vegetables such as green onions, which can be easily cut by a pair of clean scissors rather than a proper kitchen knife.

On the topic of carbs, pasta is an excellent bulk source of food. Amanda Weiderman, senior mechanical engineering and economics major, highly recommends college students learn how to cook this staple dish.

On the “basic” end of the spectrum, microwavable macaroni and cheese only needs a microwave and a few minutes of one’s time; it can be eaten on-the-go — great for busy school days — and does not even require a refrigerator.

For the more adventurous, try making homemade chicken alfredo pasta on the stove.

“My roommates and I made chicken alfredo a lot just because it’s pasta and chicken; you can’t really get a whole lot more simple than that,” Weiderman said. “I make alfredo from scratch. It’s just butter and cheese, so not too complicated.”

For the very easiest of victuals, a basic mini fridge with a small freezer section can store frozen meals for all of those late-night dinners; simply microwave them according to the package’s directions for a no-brainer meal. Gluth said Aldi is his go-to spot to purchase such frozen fare.

Many event organizers will use free food — whether full meals or just small snacks — as a way to entice people to their event. Whenever there is leftover food, organizers typically encourage attendees to take any extra so that event organizers themselves do not have to deal with it. Use this invitation to the benefit of all parties involved!

In a similar vein, take full advantage of time swiped into Atherton Marketplace; students are able to ask for to-go boxes for later at the entrance. Hot food and salad can be a late-night dinner or snack, while items such as fresh fruit and yogurt work well as tomorrow’s breakfast.

When reheating leftovers, many dishes benefit from sprinkling a bit of water on top before being microwaved. This helps to revive food that has dried out from sitting in the fridge.

Ultimately, whether eating ResCo every day is getting boring, Atherton is already closed or DoorDash is adding up, being able to make food in one’s own dorm is always a great option.  Even with the limited resources of campus housing and dorm appliances, Gluth advocates all those living in dorms to be like Nike and just do it.

“Be creative with how you do it,” Gluth said. “It’s really easy to get caught in the monotonous pattern of just walking into Atherton whenever you can, but sometimes it’s nice to just have that little sense of yourself there, too.”