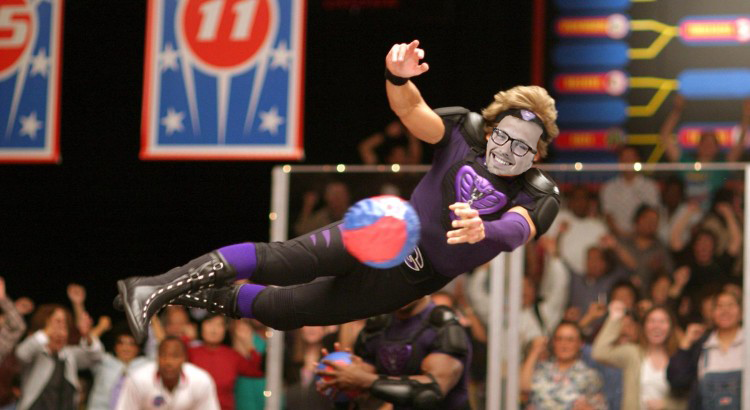 It’s January 2013. A family recently separated by divorce sits around the living room TV, catching the end of the Butler vs. Gonzaga game on ESPN.

While the family focuses on the TV screen, very few are actually thinking about the basketball game.

One boy, 13 years old at the time, sits at the edge of the hearth — it’s the closest he can get to the TV without obstructing anyone else’s view. He’s been hit hardest by the decision to separate, wondering what the life he previously thought impossible would hold for him.

Butler’s down a point and without the basketball. With just 3.5 seconds to go, Butler’s chances to win were slim to none. The mood in the room follows suit.

Then — in an instant — it all changed. Gonzaga throws up the ball and it’s off-target. Butler’s Roosevelt Jones has the ball, dribbling frantically down the court, throws up a floater at the elbow…

The scene in the house flips on a dime. The family of six is on their feet, hysterically jumping up and down, some screaming, others crying. For just a brief second, all pain of the family separation is gone, filled with utter joy of the hometown team pulling off the miracle victory.

That was the day when my love affair with Butler basketball began.

While I claimed that my college decision was unclear throughout high school, I always figured I would end up at Butler. My great-grandfather gave a commencement speech, my grandmother was a Kappa there. It was in my blood.

But finding my identity once I got to Butler’s campus was something I was a little less sure of. A shy kid as a first year, I barely talked enough to keep a conversation going, let alone have the courage to initiate one.

I found my passion for writing through those struggles growing up. Spiral notebooks littered my room as a child, filled with the followings of sports-nerd rabbit holes. I was afforded the time to sort out what was going on in my brain and craft a coherent message, something I didn’t have when talking.

With that interest in mind, I wandered into a Collegian meeting as a sophomore, where I met Chris Brown and Josh Doering, my first two sports editors.

Little did I know when I started at the Collegian the community and respect for journalism I would gain throughout my three years on staff. I tried a bit of everything — writing weekly recaps and previews, then being the baseball beat writer, general feature writer, assistant editor and finally, as a senior, Sports editor.

As with most aspects of life, you have to wait your turn to do the really cool things. It was worth the wait.

But I think the most valuable thing I have gained from my Collegian experience is the sense of community within our editorial board.

The COVID-19 world was and is a difficult one to navigate, but I can confidently say that our editorial board persevered given the circumstances, and I will hold that with me for a very long time.

I entered the Collegian as a shy guy, thinking that any friends made out of this experience would just be a bonus, but I left with so much more.

To sum it up in a metaphor, Tuesday nights — the Collegian’s publication nights — can be tough. People are racing to get stories in on their deadline, often exhausted from the day’s work.

Life is filled with Tuesdays. Many times in my life I have felt like I did on some late Tuesday nights in the Collegian office — physically exhausted, mentally drained from staring at a story for too long and ready to retreat to my accepting bed at home.

But every Tuesday is followed by a Wednesday, where the Butler community is enlightened by the stories of their fellow Bulldogs, and the reporters who worked so hard on their stories get the recognition they deserve.

The stresses of last night are behind me, and I look forward to the weekend proud of the work our staff has done.

The phrase “this too shall pass” has had a big impact on my mentality to both successes and struggles I face. It reminds me that the highs in my life — like my time at the Collegian — will at some point come to a close, while the lows — like the months that preceded that January night in 2013 — will also see their end.

When that shot fell for the Bulldogs, that was my Wednesday, and it made me forget all the pain of my Tuesday.

If I took a life lesson out of the Collegian, it is this: you must get through the Tuesdays, but there’s always a Wednesday on the other side.