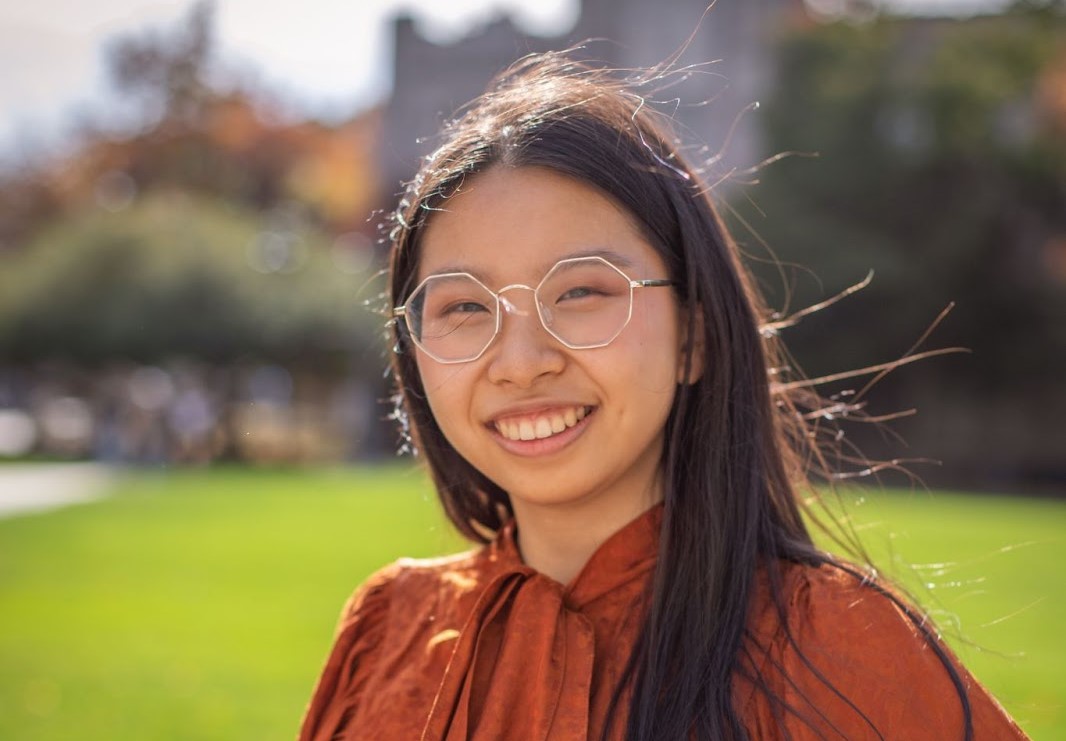 Despite what those posters plastered on the windows of the HRC may attempt to present, Butler University is an incredibly white school.

The 16% people of color, or POC, who attend Butler versus 47.6% POC nationwide is an absolutely astounding difference.

With so few of us at this predominantly white institution — most commonly written as “PWI” — many students of color at Butler University experience hypervisibility. Hypervisibility is the phenomenon in which members of a marginalized group are made overly visible by dominant groups. Unwillingly thrust into the spotlight, they are treated as the sole representatives for their community and are lauded as a diversity tokens. Hypervisibility recognizes people of color as symbols of a particular race before it recognizes their humanity.

At a PWI like Butler, sometimes you are literally the only person of color in the room. Lauren Glenn, a junior strategic communication major, is a half-Filipino student and the president for Asian & Pacific Islander Alliance. She recalls instances in which POC like her are made hypervisible.

“I can’t wash off my tan, and I can’t change my nose, and people see it,” Glenn said. “There’s been a big push for [in-class] diversity, equity and inclusion discussions, and… I feel like everyone’s looking at me [during such discussions] because they’re like, ‘Oh, this girl should be the expert on this because she is a minority.’ I’ve even had a friend… [where their] professor goes, ‘Oh, the Asian American community has been experiencing hate. By the way, we have two Asians in this class.’ That’s not necessary. That’s what hypervisibility is.”

Beyond just existing as a visibly Asian person, I often am people’s go-to to talk about all things Asian American because I am so involved with diversity-related activities across campus. Obviously, I care deeply about Asian American racial justice, and I find it so personally necessary to alleviate the ignorance that permeates the Butler community ― especially when it can feel like if I do not do it, then no one will. Whenever people ask for my input, I instinctively want to offer my time, and I find it hard to say “no.”

However, this hypervisibility has consequences even beyond unwelcome, heightened scrutiny. When a PWI externally appoints a front person for an entire group — by always calling for the same people’s voices — it reduces our communities to a single-minded vision of who we are.

As the president of APIA, Glenn is very frequently contacted with requests for Asian-related things. While she can confidently speak on her own personal experiences, she feels that she cannot represent the entire breadth of the Asian American community, either.

“Asia is so vastly diverse; it’s huge,” Glenn said. “There are a lot of different identities included in that category [of Asian American], and I’m only one of those… As the president of [APIA], there has been a lot of pressure from people outside the community to say, ‘You are the figurehead, Lauren, I want to know what you think’… But even then, you always feel like you’re missing something.”

Paul Ford, a first-year entrepreneurship and innovation major, is a student leader in Black Student Union. As a heavily-involved Black student on campus, he is often contacted regarding diversity, equity and inclusion, written as DEI. However, he also has to reconcile his passion for DEI work and the perception of a monolithic Black community.

“While I am a qualified candidate [to advocate for diversity], and I enjoy helping, a lot of the time, it seems as if I’m the only [Black] person that they know to reach out to… There are other students who do things like that, too,” Ford said. “There are only certain people that are seen from each minority group on campus… [but] we aren’t a monolith for our people. We don’t represent the entirety of the views for our race or our religion.”

In addition, because we take on so much of this labor, students of color can experience a great emotional toll. So much of what we advocate for involves our psychological and physical safety, yet it is usually incredibly thankless work. We generally do not get compensated for our input and energy, and it is discouraging and thoroughly stressful when we as individuals are powerless to effectuate pervasive change.

Marcos Navarro-Garcia, a junior critical communication and media studies major, is a Latino student and the co-president of Latinx Student Union. He describes hypervisibility for ultra-involved students of color.

“I think there’s a lot of students of color in particular who feel like if they don’t do it, no one else is going to do it, so this is why you tend to see a handful of names everywhere,” Navarro-Garcia said. “This is why those same handful names experience burnout, why they potentially suffer academically… because they’re everywhere. They’re being pulled in every which way.”

After all, we are still just college students, too. Students of color and white students at PWIs still have the same 24 hours of the day, yet our hypervisibility adds on responsibilities that white students of dominant groups simply do not have to reckon with.

For example, organic chemistry is a class that kicks everyone’s butt. Unlike my white classmates, however, I have to take organic chemistry while also responding to inquiries about race, educating the public about race, coordinating events for Butler’s Asian community, meeting with administration about DEI, seeing the rest of campus operate ― through action and inaction ― against our communities, dealing with countless microaggressions, grieving over the senseless attacks and murders of my community and fearing for the safety of my friends and family.

I am sure that other DEI student organizers feel similarly; intense anti-racism work is emotionally exhausting, and we just do not have unlimited emotional energy to do all that we want to do on campus while also being full-time students.

Simultaneously, hypervisibility is accompanied by a different type of invisibility than exclusion ― an invisibility of who we are as people beyond which race boxes we check off. As students of color, we can be reduced down to our racial background, rendering the remainder of our multifaceted individuality unappreciated.

Ford recalls instances in which people have discredited his intelligence and abilities, attributing his status at Butler solely to the fact that he is Black. Ultimately, he calls upon all of those at Butler to stand in allyship with students of color in combating racism.

“Sometimes, even though you’re in these positions of influence and power, you understand that you might be powerless to change some of the things that you want to see happen,” Ford said. “The work that I do for DEI isn’t necessarily for me to do alone… We need help. We can’t do it by ourselves. The culture is too imbued to change with this one person.”

Glenn similarly calls upon white students to treat students of color with respect and to genuinely listen to our perspectives without tokenizing. She also leaves advice to our fellow Butler students of color who feel the similar pressures of hypervisibility.

“I am the expert of my own experience, and so, when people come to me with questions, I’ll tell them my experience, and I don’t have to expand on that, unless I want to … My message to ― if any other people of color at Butler hear this ― is don’t feel pressure to take on the burden of an entire community.” Glenn said. “Represent yourself first.“

Fundamentally, Navarro-Garcia deems our hypervisibility to be a response to racial trauma and something that really should not have to happen.

“I think that we shouldn’t have to do this,” Navarro-Garcia said. “People like Paul Ford shouldn’t have to be burnt out by the end of their first year because a group of uneducated white kids are trying to institute policies around ideas that they have zero understanding of … The hypervisibility of POC is a direct result of the white supremacy that runs deep with a lot of the decisions that come out of the student government … People of color get commended for being so resilient in the face of oppression. The reality is we shouldn’t have to be resilient. We shouldn’t have to be facing these oppressive structures every single day because it strips us of our humanity.”