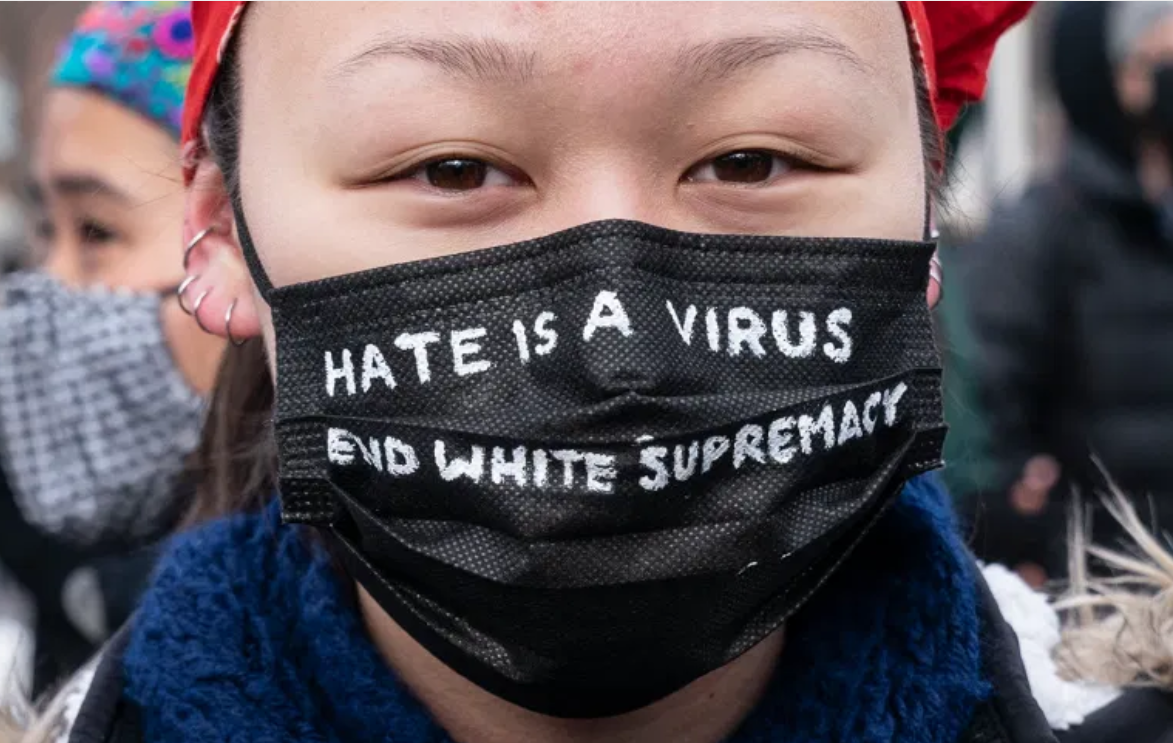 Hate incidents against the Asian community have increased 1,900% since the start of COVID-19. Photo courtesy of the Brookings Institute.

Many Hoosiers tend to think of Indiana as isolated from the nation’s problems at large. In a place characterized by its hospitality and quaintness, comfort food and local tradition, the statewide discourse often ignores systemic issues like racism, sexism and discrimination.

This same myth, on some level, has remained trapped at Butler University. The university’s loud commitment to inclusivity can be heard far and wide; yet, ideals and reality do not always align. Behind the administration’s proclamations of diversity, equity and inclusion, several of the very student groups who embody and facilitate Butler’s idealized campus feel alone in their endeavors to assert their presence in the community. Lauren Glenn, a junior strategic communication major and president of the Asian Pacific Islander Alliance, spoke to this experience.

“It tends to be, for students on this campus, when certain groups face any struggles or adversity, we have to support ourselves. And there doesn’t tend to be a lot of support by the administration,” Glenn said.

Many student organizations that represent minority communities, like APIA, prioritize advocacy, education and social justice. APIA has worked diligently to create both internal programming for its members and external programming to serve the Butler community. They have created events on Lunar New Year and Filipino culture; hosted a “Meet the Asian Faculty” night; and, most recently, coordinated an “Asian Women in Leadership” panel in conjunction with Leading Women of Tomorrow.

The work that APIA and other student cultural organizations are doing on campus is imperative, especially given that in the wake of the COVID-19 pandemic, hate incidents against Asian Americans have risen by 1,900%, according to the NYPD. Former President Trump incited this rise in intolerance and hate through racist rhetoric — rhetoric also perpetuated at a rally in Fort Wayne by the very face of Indiana politics, former Vice President Mike Pence.

Inspired by this language, hate incidents have occurred nationwide: media coverage has focused particularly on cases in Texas, San Francisco’s Bay Area and Philadelphia. Recently, the Brookings Institute released data that one in four Asian children have been victims of racist bullying during the COVID-19 pandemic.

In a turn far from quaint and hospitable, anti-Asian discrimination is thriving in Indiana. Last April, a physician stopped for gas in Martinsville and was berated and kicked out after being accused that he was Chinese and carried the COVID-19 virus. In Plymouth, a Super 8 motel turned away two Hmong men after questioning whether they were Chinese.

Amid increased anti-Asian discrimination and violence, Glenn said, the Asian community on Butler’s campus would have felt more protected if the university had made a statement.

“They [could have] just put something out that said, ‘hey, don’t call it the Chinese flu’… it doesn’t have to be a campaign, but like an educational email being like, ‘we do not agree with this rhetoric because it harms our students,’” Glenn said.

Despite increased attention to DEI in other Butler departments and organizations, the administration remains distantly committed. While the Faculty Senate successfully passed a “Statement against anti-Asian racism,” the university has failed to make a statement of their own. When asked why the administration did not take this step themselves, chief of staff Brent Rockwood said that the origin of such a statement does not matter.

“I wouldn’t focus too much time on, you know, where it originated. At the end of the day, you know, kudos for the faculty for putting together such a strong statement, but it’s very much supported by the university,” Rockwood said.

Rockwood said he believes that because of the Faculty Senate statement’s placement on the Butler website — see www.butler.edu, click “Covid-19 information for the Butler community,” scan the right side of the screen and select “Statement Against Anti-Asian Racism” —  the university’s denunciation of anti-Asian racism is clear. He even added that soon, the statement on the website will be converted to reflect that the university, along with the Faculty Senate, promotes the sentiment.

Yet again, the university has chosen to ride on the coattails of faculty’s hard work and commitment to inclusivity at Butler while taking minimal action themselves.

Moreover, the failure of the university administration to take a stand further allows racist rhetoric in Indiana to go unchecked. The rhetoric takes sinophobia, a long-standing American tradition of anti-Chinese discrimination, and universally applies that hatred across Asian communities. Now, conveniently, Hoosiers might blame Asians for COVID-19 and not the reckless and short-sighted decisions of former President Trump and former Vice President Pence. This belief unequivocally denies the humanity of Asians across the world and lumps them into one category  — what Su-Mei Ooi, professor of political science and faculty advisor for APIA, calls the “collapse” of the Asian.

“All these other different Asian communities have come under attack,” Ooi said. “Anti-Chinese sentiment affects all Asians because people don’t differentiate. And also when they attack you they don’t ask you, are you [Chinese]?”

Now, the apathy of the state is being challenged. On March 11, the National Asian Pacific American Women’s Forum will petition Governor Eric Holcomb to recognize and support the Asian population in Indiana. Melissa Borja, a volunteer for NAPAWF and a professor of Asian/Pacific Islander American studies at the University of Michigan, explained the biggest concerns of Asian Americans in the state.

“I think the broader concern for a lot of Asian American people… men and women… very commonly expressed is that ‘no one pays attention to us’ and ‘our needs aren’t being met,’” Borja said. “And part of the problem is that we don’t have a seat at the table, which is, I think, informing this petition. We want to ensure that we have a seat at the table.”

Some of these needs, Borja noted, are access to healthcare, language access — especially on ballots — and protection against discrimination.

This petition provides a way for Asian voices to be heard in the Statehouse by creating a commission. Once created, this commission would have the same opportunities to voice concerns to the government like the Indiana Commission on Hispanic and Latino Affairs and the Indiana Native American Indian Affairs Commission.

On March 5, Butler signed the petition as a co-sponsoring organization after pressure from APIA and faculty. As a preeminent institution in Indianapolis, signing the petition — though important — seemed like an obvious step. We should not be celebrating mediocre efforts at anti-racism. Butler has the power to lead social change, and currently, is doing the bare minimum to save face.

For better or for worse, what Butler does matters. Issuing a statement, written by the administration, matters.

Moreover, the university cannot effectively lead without an internal commitment to support its own minority community organizations. This support, like all allyship from culturally dominant voices, must be executed delicately. Butler must support student voices without overpowering them.

What students expect — and what all student groups at Butler deserve — is for the administration to take issues seriously and act when they are presented. When APIA sends an email directly asking the university to cosponsor a petition that impacts their community, and subsequently, provide a statement of support of them, at least answer their email.

If the state is going to change, Butler needs to show an increased commitment to implementing its own inclusive ideals — not cast empty shouts into a hostile void.