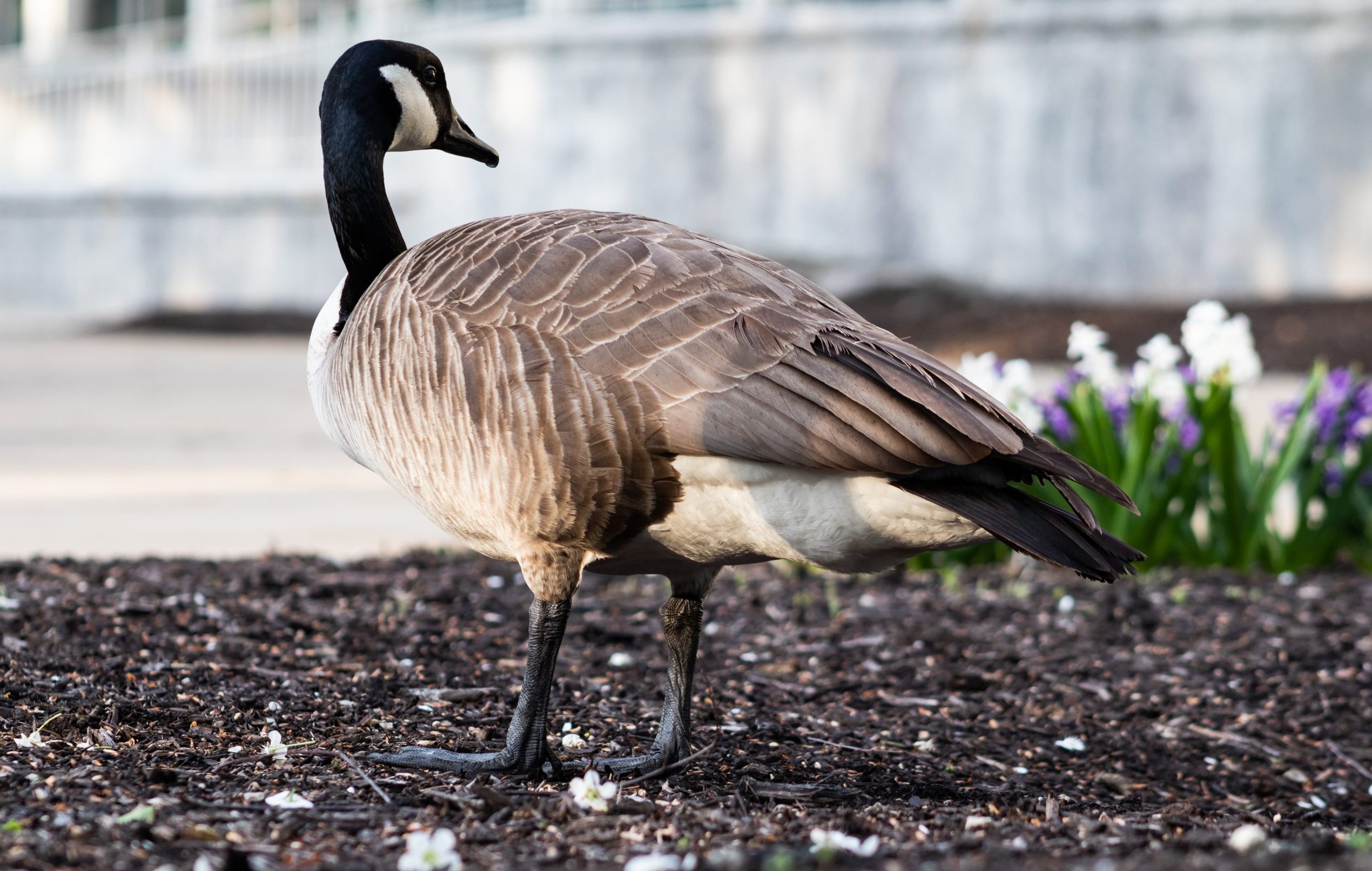 The Irwin geese, a fixture of Butler’s campus for the past four years, are notoriously difficult to contact. After much chasing, however, the patriarch of the family finally agreed to sit down with me for an interview. As we sat on the grass at the west side of the library, the goose made sure to still protect his turf. No passerby was safe from his incessant squawking and threatening posture. He also made sure that I knew he was the alpha by pecking at my notes and knocking over my water bottle while looking very pleased with himself.

Alexandra Cordill: I have to ask, why do you choose to come back to Butler every year?

Irwin Goose: I guess I really enjoy striking fear into the hearts of impressionable eighteen-year-olds. I’ve tried to nest in Broad Ripple but the people coming out of Kilroy’s just aren’t scared of me.

AC: So does that mean fear is necessary for you and your significant other’s roosting process?

IG: Actually no, it’s more of a personal preference. I just really enjoy the look of pure terror on people’s faces when they realize that I do have the power to ruin their day.

AC: Does your size ever prevent you from protecting your territory?

IG: It really doesn’t. I may look small but my wings are strong enough to break noses and I think people understand that. Sometimes I run full speed at people just for fun and that’s usually enough to get them to back off.

AC: Is there any particular reason you chose to nest at Irwin rather than anywhere else on campus?

IG: I think it’s hilarious to punish those who actually want to study. I get joy from the idea of people failing tests because they were too scared of me to go study in the library.

AC: On that topic, have you ever considered enrolling at Butler University to further your academic career?

IG: I actually have. Last spring when no one was on campus I was able to patrol the halls of Jordan, and I really got a taste for the math bulletin board. I would definitely consider becoming a math major if I could eat their worksheets all day; I guess I have a taste for graphite.

AC: If you could have any profession, what would you choose?

IG: I think I would like to have Officer Chalmers’ job. I really relish making everyone’s day worse, and what does that better than an undeserved parking ticket? I also could definitely reach the pedals in that tiny car he drives.

AC: Do you have any hobbies other than just generally terrorizing people?

IG: When campus is quiet I’m usually on Reddit. I find that it’s a really great place to bounce ideas off others who think like me — the NRA subreddit is particularly engaging.

AC: Have you ever considered using Tinder to find your next love?

IG: I keep deleting the app but I always seem to come back to it. But it’s obvious that I’m too nice of a guy for the women on that app. They only go after the bad boys so I’m left to ruffle my feathers all by myself.

AC: Is there anything else that you would like Butler students to know about you?

IG: It was my idea to put Plum Market in C-Club.